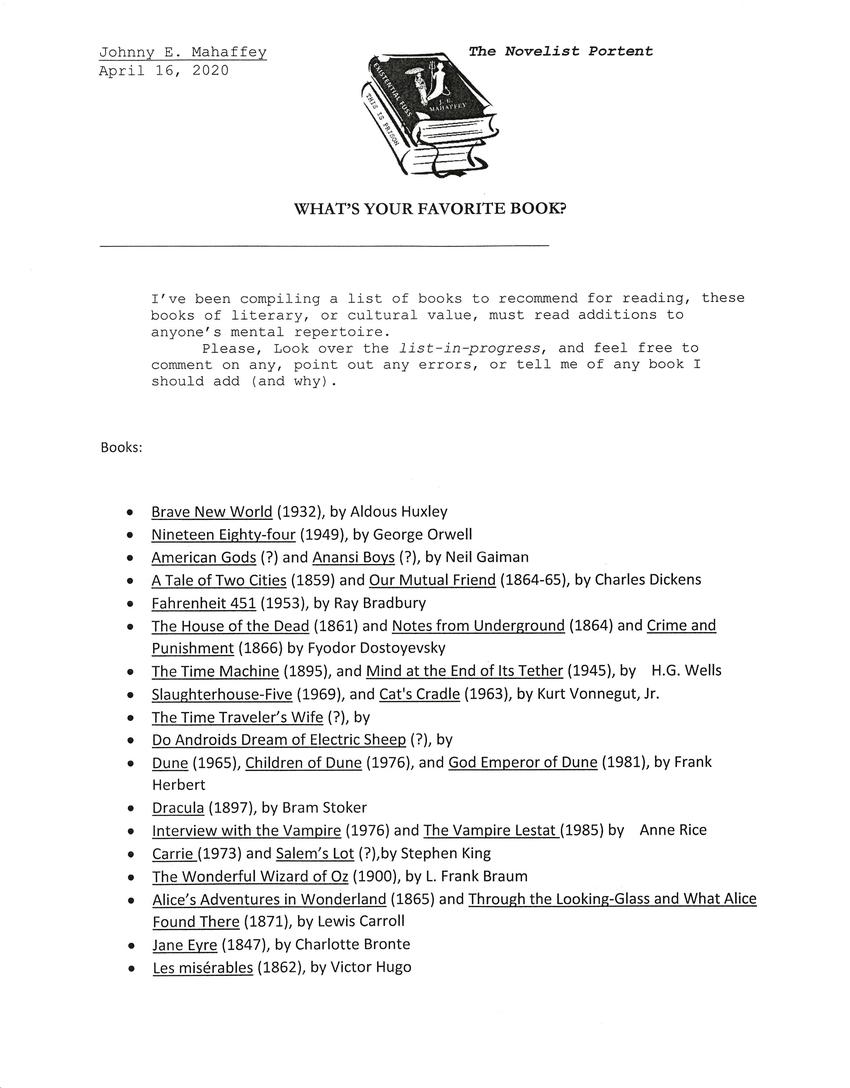 I've been compiling a list of books to recommend for reading, these books of literacy or cultural value, must read additions to anyone's mental repertoire.

Please look over the list in progress and feel free to comment on any, point out any errors, or tell me of any book I should add (and why).

Mr Mahaffey.
My suggestions. The first book is a must read. Every human being should read this book.
The Hero With a thousand Faces. By Joseph Campbell
Symposium. Plato
Rumi, the poet, anything by him.
The Tibetan book of living and dying.
Zen and the art of motorcycle maintenance. Robert Pirsig.
The Autobiography of Malcolm X.by Malcolm X with Alex Haley.
I know why the caged bird sings. maya Angelou.
1984 George Orwell
To Kill a mockingbird Harper Lee
.

There’s a few. I’ve tailored them because you are an American and I am British. The first book, The Hero with a thousand faces, by Joseph Campbell, who was an American. That book is one of the most underrated important works of all time. Campbell identifies the human being within world religions and mythological constructs that we try to adhere to. If you get the opportunity to see his interviews, that would be good too

All the best
T.