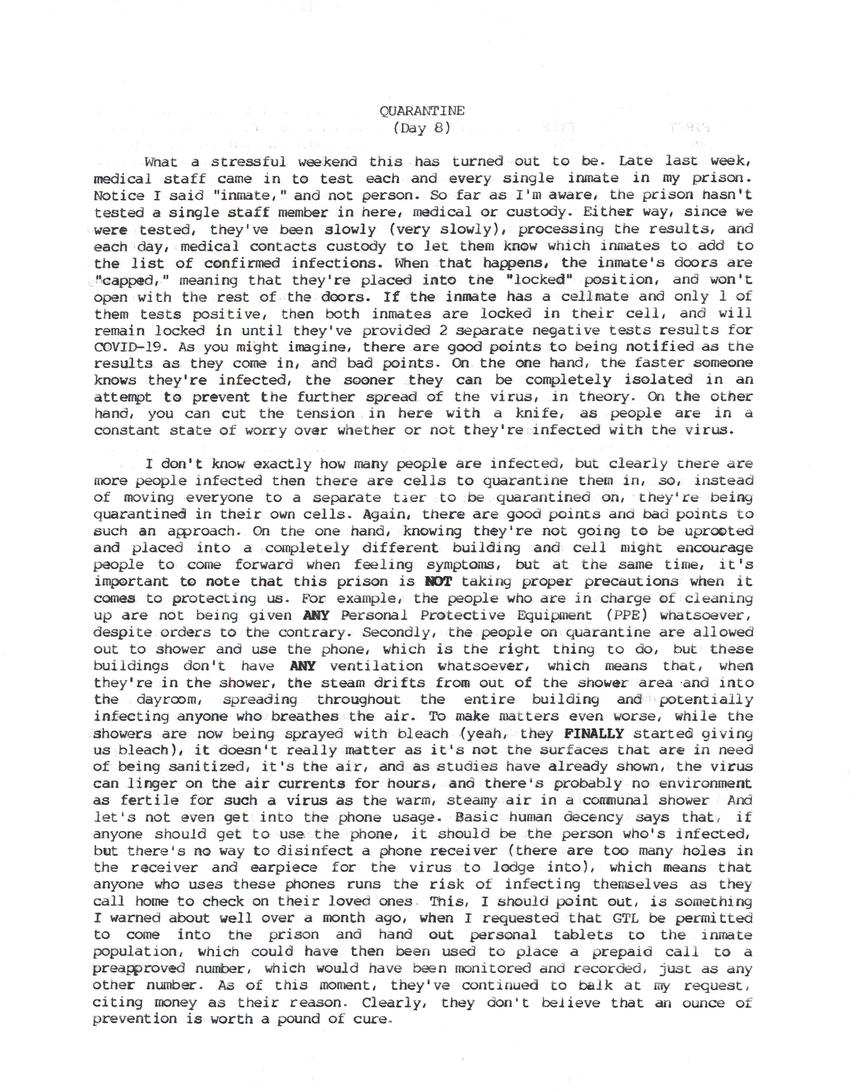 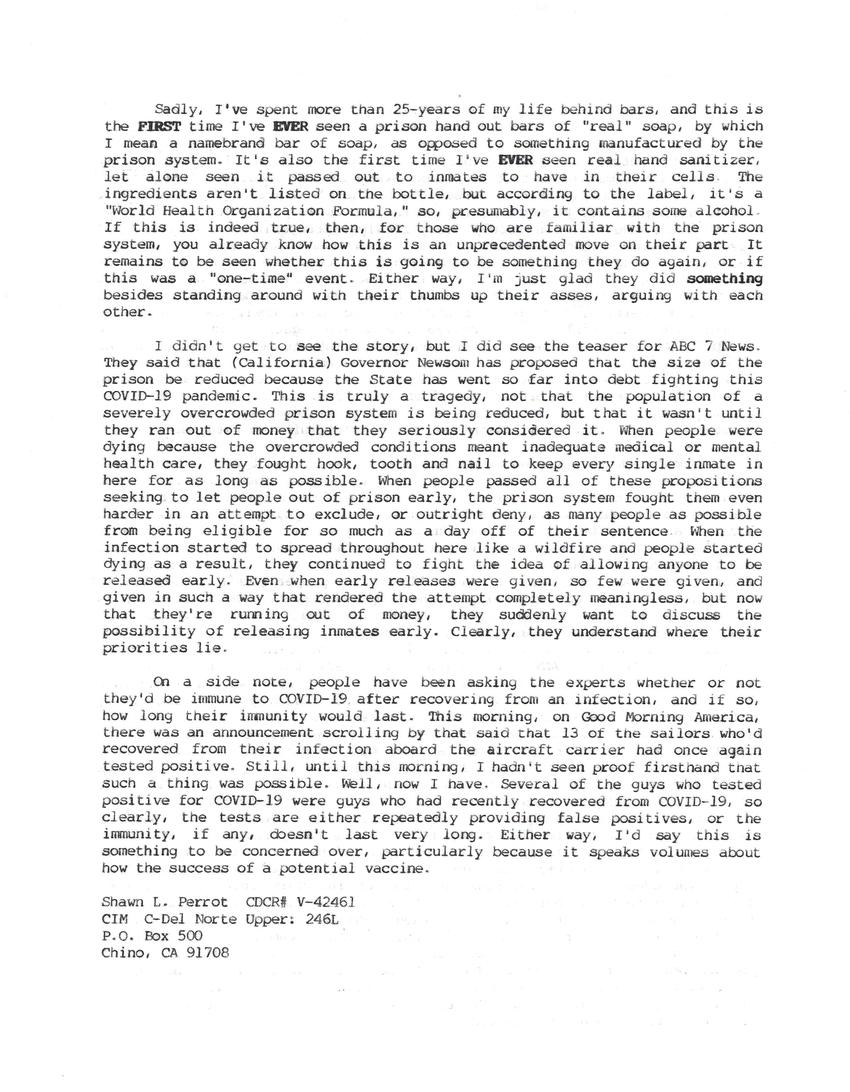 What a stressful weekend this has turned out to be. Late last week medical staff came in to test each and every single inmate in my prison. Notice I said "inmate" and not the person. So far as I'm aware, the prision hasn't tested a single staff member in here, medical or custody. Either way, since we were tested, they've been slowly (very slowly), processing the results, and each day, medical contacts custody to let them know which inmates to add to the list of confirmed infections. When that happens, the inmate's doors are "capped," meaning that they're placed into the "locked" position, and won't open with the rest of the doors. If the inmate has a cellmate and only 1 of them tests positive, then o inmates are locked in their cell, and will remain locked in until they're provided 2 separate negative tests results for Covic-19. as you might imagine, there are goods points to being notified as the results as they come in, and bad points. On the one hand, the faster someone knows they're infected, the sooner they can be completely isolated in an attempt to prevent the further spread of the virus,