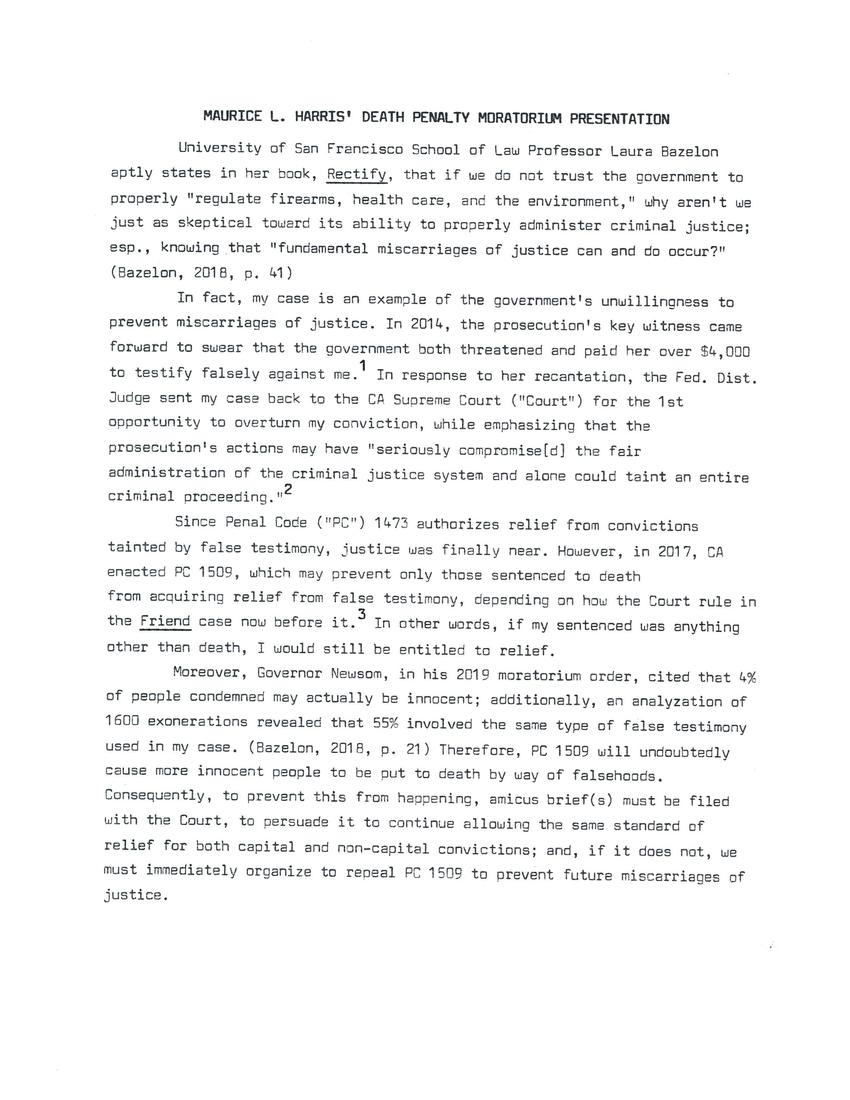 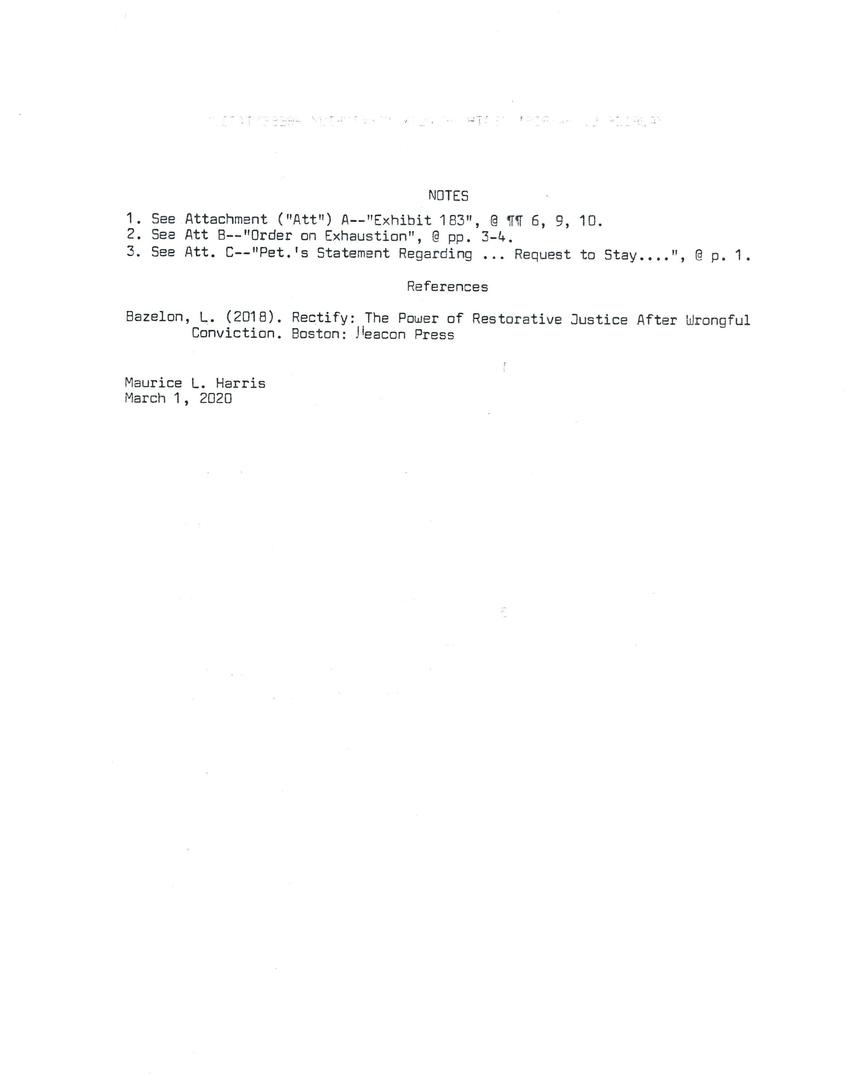 University of San Fransico School of Law Professor Laura Bazelon aptly states in her book, R͟e͟c͟t͟i͟f͟y͟, that if we do not trust the government to properly "regulate firearms, health care, and the environment," what aren't we just as skeptical toward its ability to properly administer criminal justice; esp., knowing that "fundamental miscarriages of justice can and do occur?" (Bazelon, 2018, p. 41)

In fact, my case is an example of the government's unwillingness to prevent miscarriages of justice. In 2014, the prosecution's key witness came forward to swear that the government both threatened and paid her over $4,000 to testify falsely against me.¹ In response to her recantation, the Fed. Dist. Judge sent my case back to the CA Supreme Court ("Court") for the 1st opportunity to overturn my conviction, while emphasizing that the prosecution's actions may have "seriously compromise[d] the fair administration of the criminal justice system and alone could taint an entire criminal proceeding."²

Since Penal Code ("PC") 1473 authorizes relief from convictions tainted by false testimony, justice was finally near. However, in 2017, CA enacted PC 1509, which may prevent only those sentenced to death from acquiring relief from false testimony, depending on how the Court rule in the F͟r͟i͟e͟n͟d͟ case now before it.³ In other words, if my sentence was anything other than death, I would still be entitled to relief.

Moreover, Governor Newsom, in his 2019 moratorium order, cited that 4% of people condemned may actually be innocent; additionally, an analyzation of 1600 exonerations revealed that 55% involved the same type of false testimony used in my case. (Bazelon, 2018, p. 21) Therefore, PC 1509 will undoubtedly cause more innocent people to be put to death by way of falsehoods. Consequently, to prevent this from happening, amicus brief(s) must be filed with the Court, to persuade it to continue allowing the same standard of relief for both capital and non-capital convictions; and if it does not, we must immediately organize to repeal PC 1509 to prevent future miscarriages of justice.