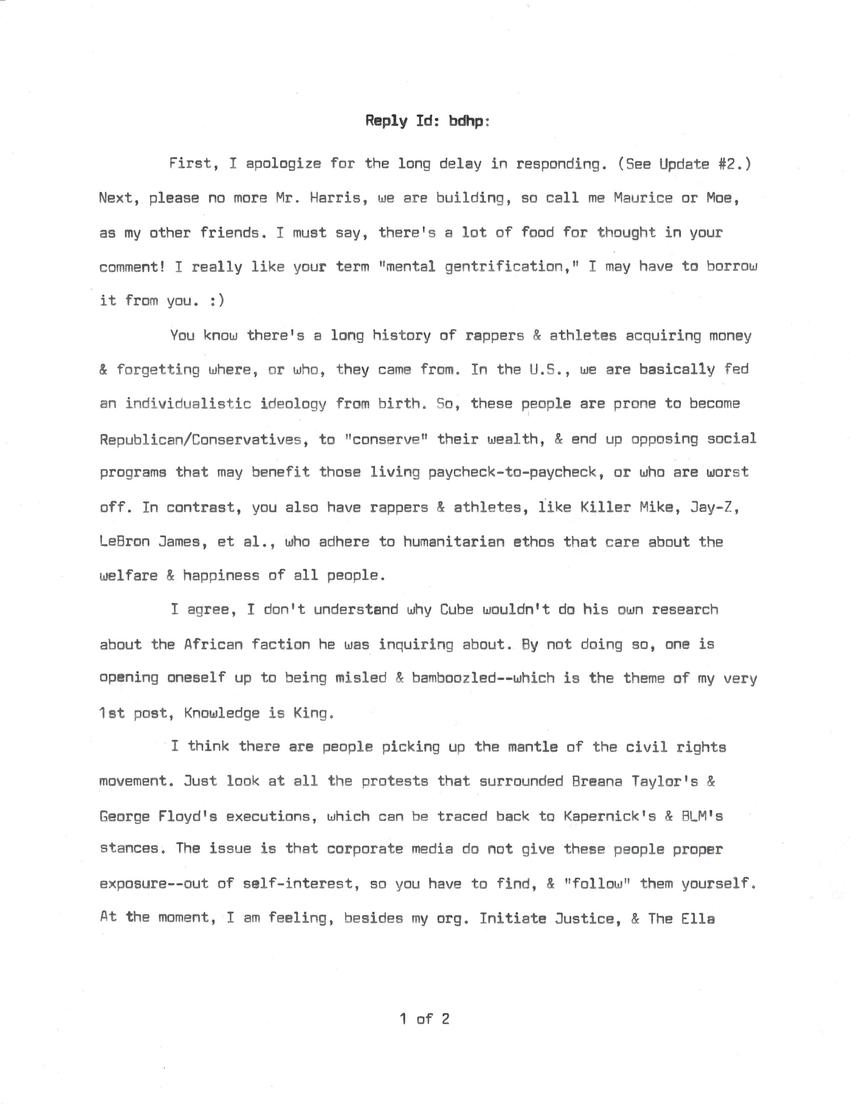 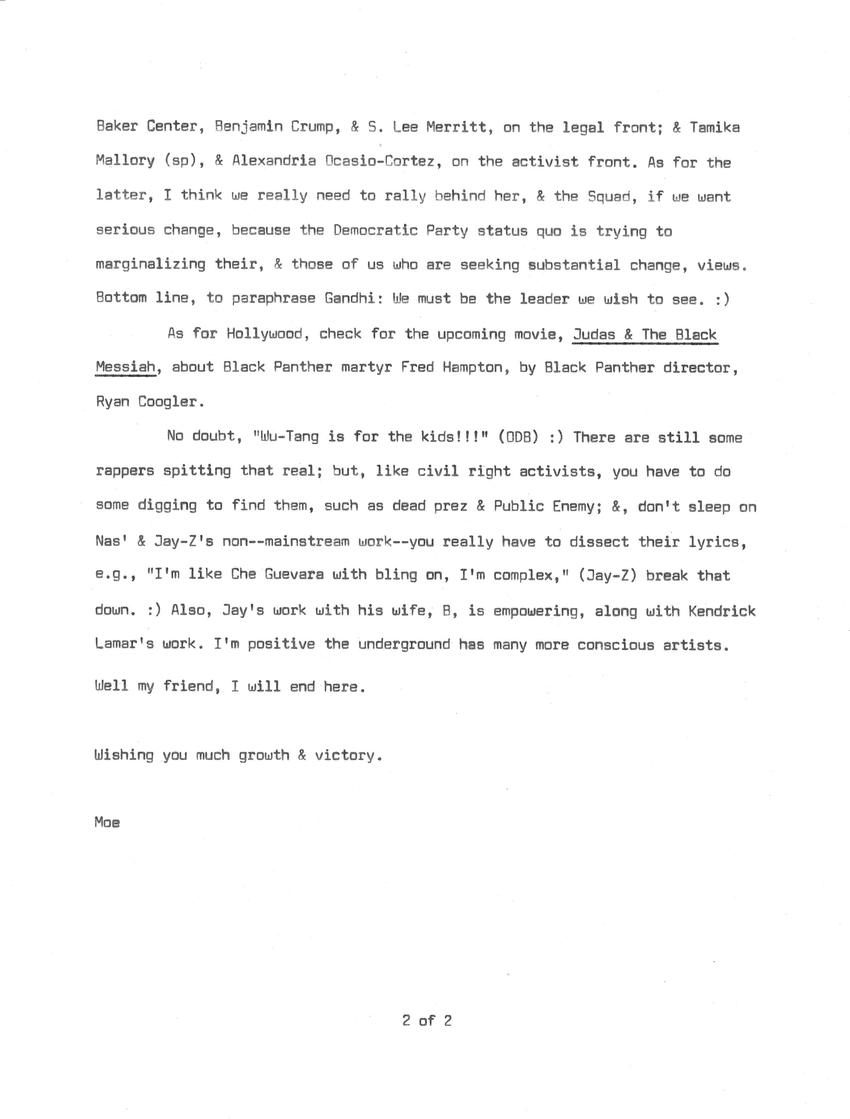 First, I apologize for the long delay in responding. (See Update #2.) Next, please no more Mr. Harris, we are building, so call me Maurice or Moe, as my other friends. I must say, there's a lot of food for thought in your comment! I really like your term "mental gentrification," I may have to borrow it from you. :)

You know there's a long history of rappers & athletes acquiring money & forgetting where, or who, they came from, In the U.S., we are basically fed an individualistic ideology from birth. So, these people are prone to become Republican/Conservatives, to "conserve" their wealth, & end up opposing social programs that may benefit those living paycheck-to-paycheck, or who are worst off. In contrast, you also have rappers & athletes, like Killer Mike, Jay-Z, LeBron James, et al., who adhere to humanitarian ethos that care about the welfare & happiness of all people.

I agree, I don't understand why Cube wouldn't do his own research about the African faction he was inquiring about. By not doing so, one is opening oneself up to being misled & bamboozled--which is the theme of my very 1st post, Knowledge is King.

I think there are people picking up the mantle of the civil rights movement. Just look at all the protests that surrounded Breana Taylor's & George Floyd's executions, which can be traced back to Kapernick's & BLM's stances. The issue is that corporate media do not give these people proper exposure--out of self-interest, so you have to find, & "follow" them yourself. At the moment, I am feeling, besides my org. Initiate Justice, & The Ella Baker Center, Benjamin Crump, & S. Lee Merritt, on the legal front; & Tamika Mallory (sp), & Alexandria Ocasio-Cortez, on the activist front. As for the latter, I think we really need to rally behind her, & the Squad, if we want serious change, because the Democratic Party status quo is trying to marginalizing their, & those of us who are seeking substantial change, views. Bottom line, to paraphrase Gandhi: We must be the leader we wish to see. :)

No doubt, "Wu-Tang is for the kids!!!" (ODB) :) There are still some rappers spitting that real; but, like civil rights activists, you have to do some digging to find them, such as dead prez & Public Enemy; &, don't sleep on Nas' & Jay-Z's non--mainstream work--you really have to dissect their lyrics, e.g., "I'm like Che Guevara with bling on, I'm complex," (Jay-Z) break that down. :) Also, Jay's work with his wife, B, is empowering, along with Kendrick Lamar's work. I'm positive the underground has many conscious artists. Well my friend, I will end here.

Wishing you much growth & victory.

Thanks for writing! I finished the transcription for your post, and I agree with everything you had to say. I love Kendrick Lamar and everything he says. I’m also a fan of Childish Gambino, you should check him out if you haven’t (: