An Elegy for CHAZ 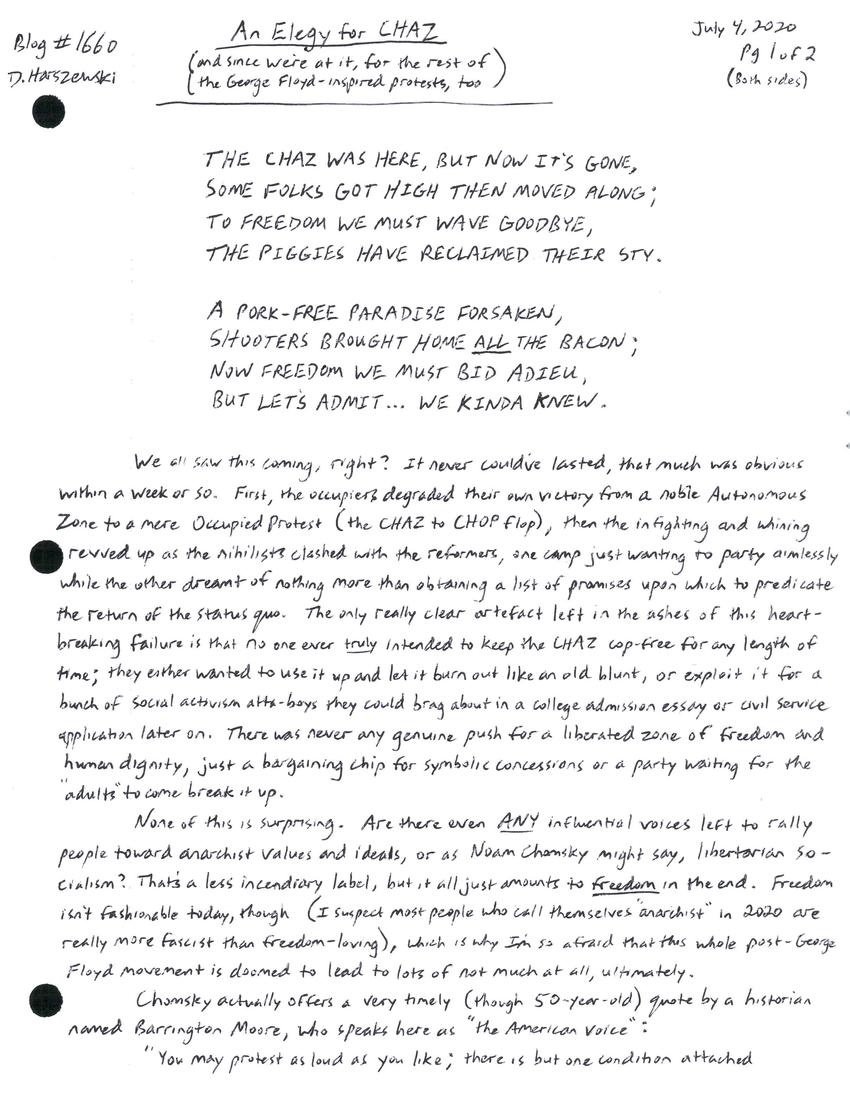 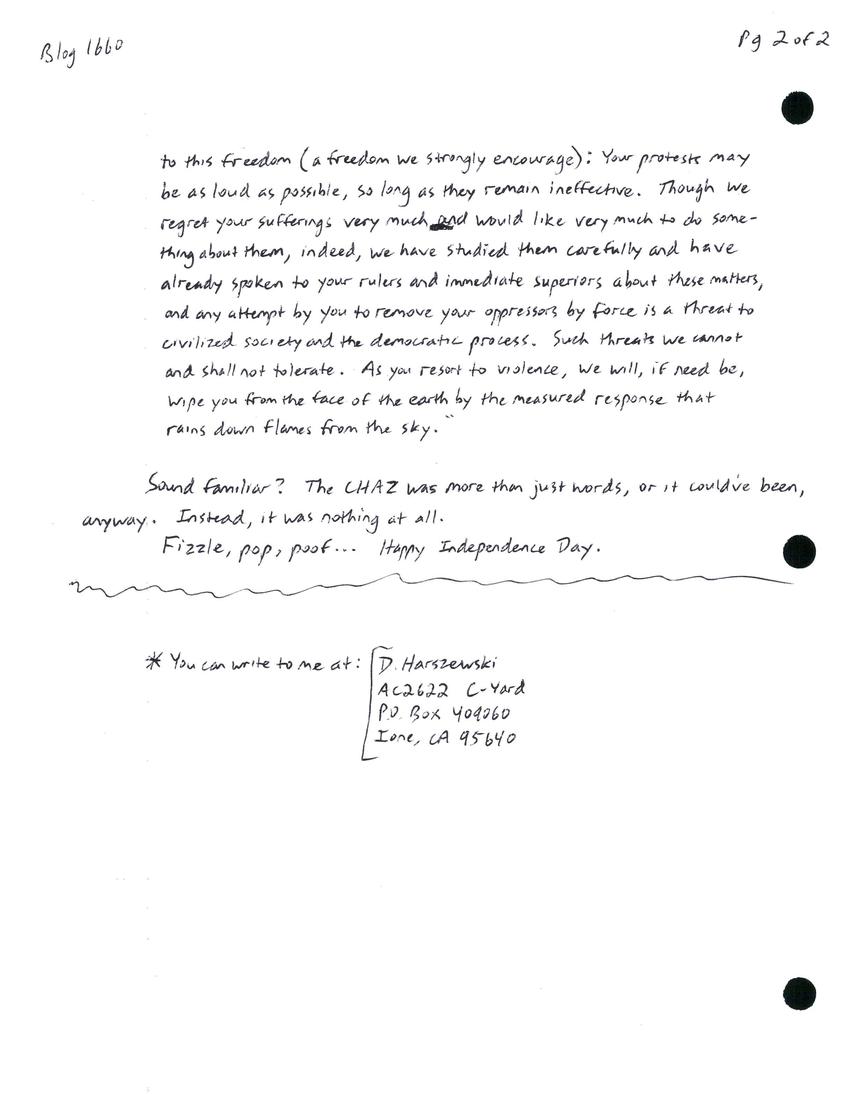 THE CHAZ WAS HERE, BUT NOW IT'S GONE,
SOME FOLKS GOT HIGH THEN MOVED ALONG;
TO FREEDOM WE MUST WAVE GOODBYE,
THE PIGGIES HAVE RECLAIMED THEIR STY.

We all saw this coming, right? It never could've lasted, that much was obvious within a week or so. First, the occupiers degraded their own victory from a noble Autonomous Zone to a mere Occupied Protest (the CHAZ to CHOP flop), then the infighting and whining revved up as the nihilists clashed with the reformers, one camp just wanting to party aimlessly, while the other dreamt of nothing more than obtaining a list of promises upon which to predicate the return of the status quo. The only really clear artifact left in the ashes of this heartbreaking failure is that no one ever t͟r͟u͟l͟y͟ intended to keep the CHAZ cop-free for any length of time; they either wanted to use it up and let it burn out like an old blunt, or exploit it for a bunch of social activism atta-boys they could brag about in a college admission essay or civil service application later on. There never was any genuine push for a liberated zone of freedom and human dignity, just a bargaining chip for symbolic concessions or a party waiting for the "adults" to come break it up.

None of this is surprising. Are there even A͟N͟Y͟ influential voices left to rally people toward anarchist values and ideals, or as Noam Chomsky might say, "libertarian socialism"? That's a less incendiary label, but it all just amounts to f͟r͟e͟e͟d͟o͟m͟ in the end. Freedom isn't fashionable today, though (I suspect most people who call themselves "anarchist" in 2020 are really more fascist than freedom-loving), which is why I'm so afraid that this whole post-George Floyd movement is doomed to lead to lots of not much at all, ultimately.

Chomsky actually offers a very timely (though 50-year-old) quote by a historian named Barrington Moore, who speaks here as "the American voice":
"You may protest as loud of you like; there is but one condition attached to this freedom(a freedom we strongly encourage): Your protests may be as loud as possible, so long as they remain ineffective. Though we regret your sufferings very much a͟n͟d͟ would like very much to do something about them, indeed, we have studied them carefully and have already spoken to your rulers and immediate superiors about these matters, and any attempt by you to remove your oppressors by force is a threat to civilized society and the democratic process. Such threats we cannot and shall not tolerate. As you resort to violence, we will, if need be, wipe you from the face of the earth by the measured response that rains down flames from the sky."

Sound familiar? The CHAZ was more than just words, or it could've been, anyway. Instead, it was nothing at all.

A lot of good points. These words should be heard.