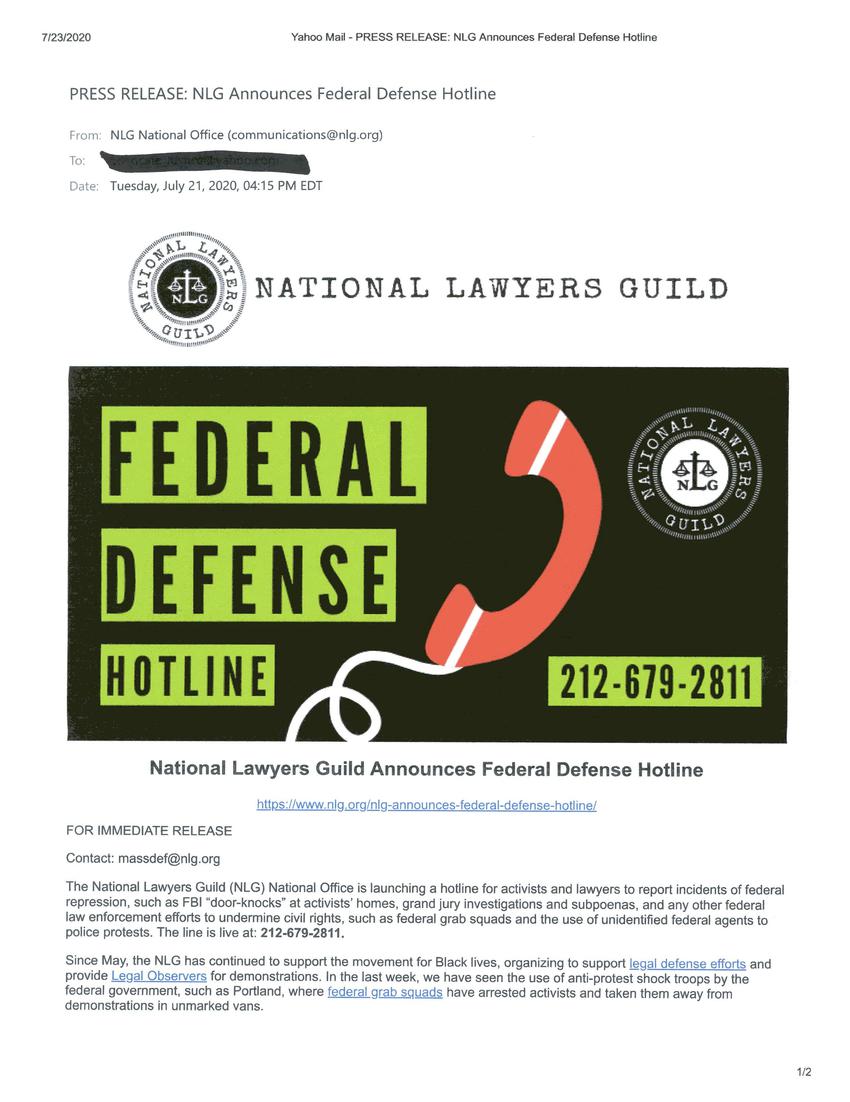 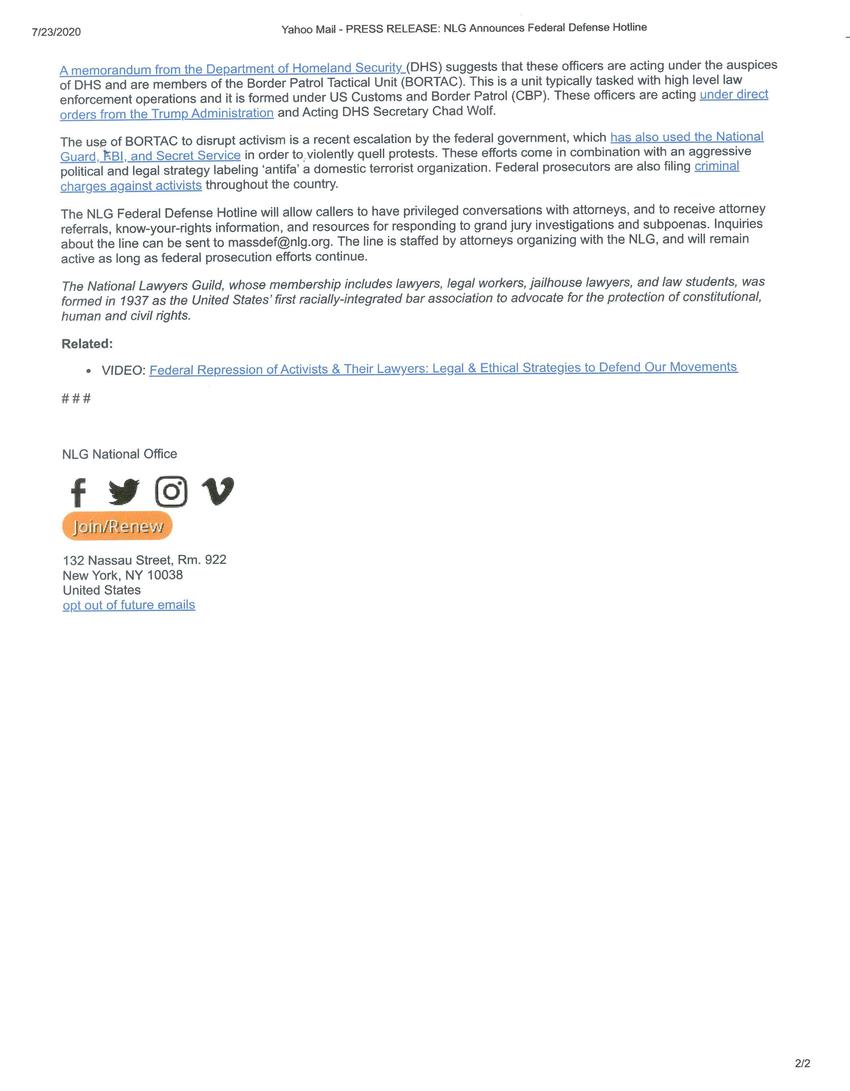 The National Lawyers Guild (NLG) National Office is launching a hotline for activists and lawyers to report incidents of federal repression, such as FBI "door-knocks" as activists' homes, grand jury investigations and subpoenas, and other federal law enforcement efforts to undermine civil rights, such as federal grab squads and the use of unidentified federal agents to police protests. The line is live at: 212-679-2811.

Since May, the NLG has continued to support the movement for Black lives, organizing to support legal defense efforts and provide Legal Observers for demonstrations. In the last week, we have seen the use of anti-protest shock troops by the federal government, such as Portland, where federal grab squads have arrested activists and taken them away from demonstrations in unmarked vans.

A memorandum from the Department of Homeland Security (DHS) suggests that these officers are acting under the auspices of DHS and are members of the Border Patrol Unit (BORTAC).This is a unit typically tasked with high level law enforcement operations and it is formed under US Customs and Border Patrol (CBP). These officers are acting under direct orders from the Trump Administration and Acting DHS Secretary Chad Wolf.

The use of BORTAC to disrupt activism is a recent escalation by the federal government, which has also used the National Guard, EBI, and Secret Service in order to violently quell protests. These efforts come in combination with an aggressive political and legal strategy labeling 'antifa' a domestic terrorist organization. Federal prosecutors are also filing criminal charges against activists throughout the country.

The NLG Federal Defense Hotline will allow callers to have privileged conversations with attorneys, and to receive attorney referrals, know-your-rights information, and resources for responding to grand jury investigations and subpoenas. Inquiries about the line can be sent to massdef@nlg.org. The line is staffed by attorneys organizing with the NLG, and will remain active as long as federal prosecution efforts continue.

The National Lawyers Guild, whose membership includes lawyers, legal workers, jailhouse lawyers, and law students, was formed in 1937 as the United States' first racially-integrated bar association to advocate for the protection of constitutional, human and civil rights.