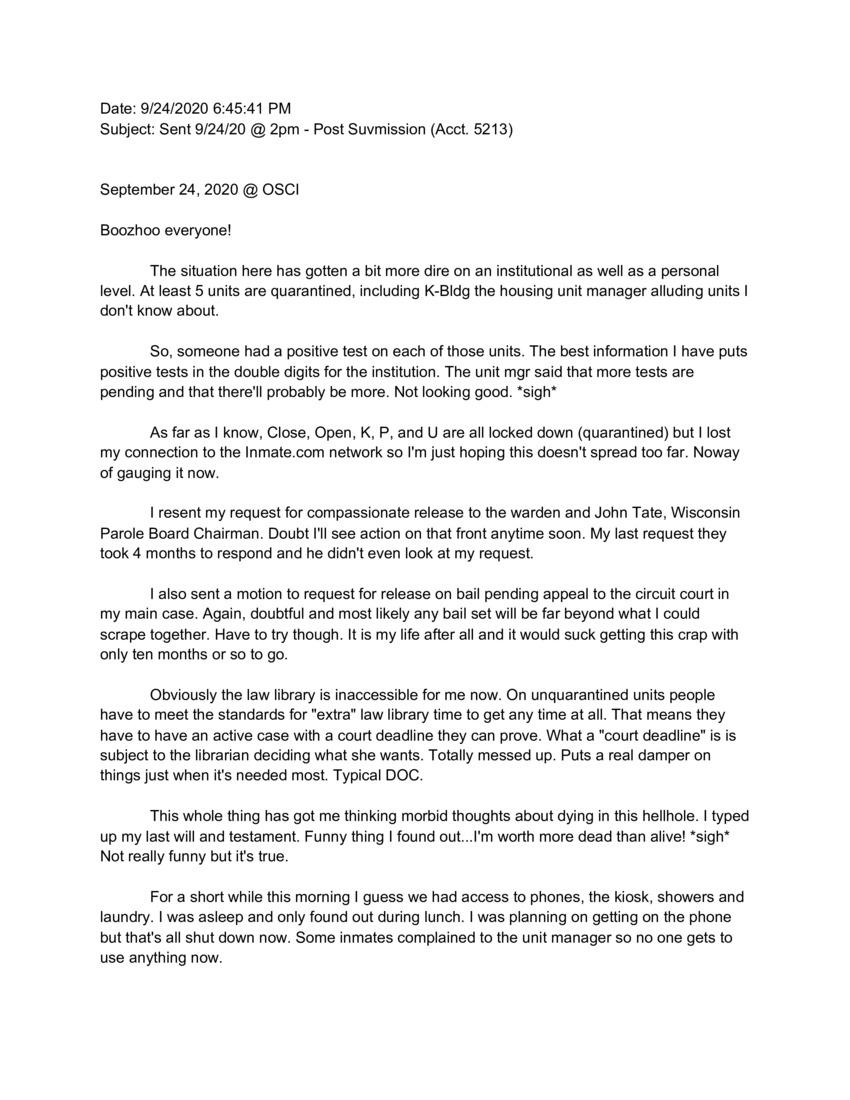 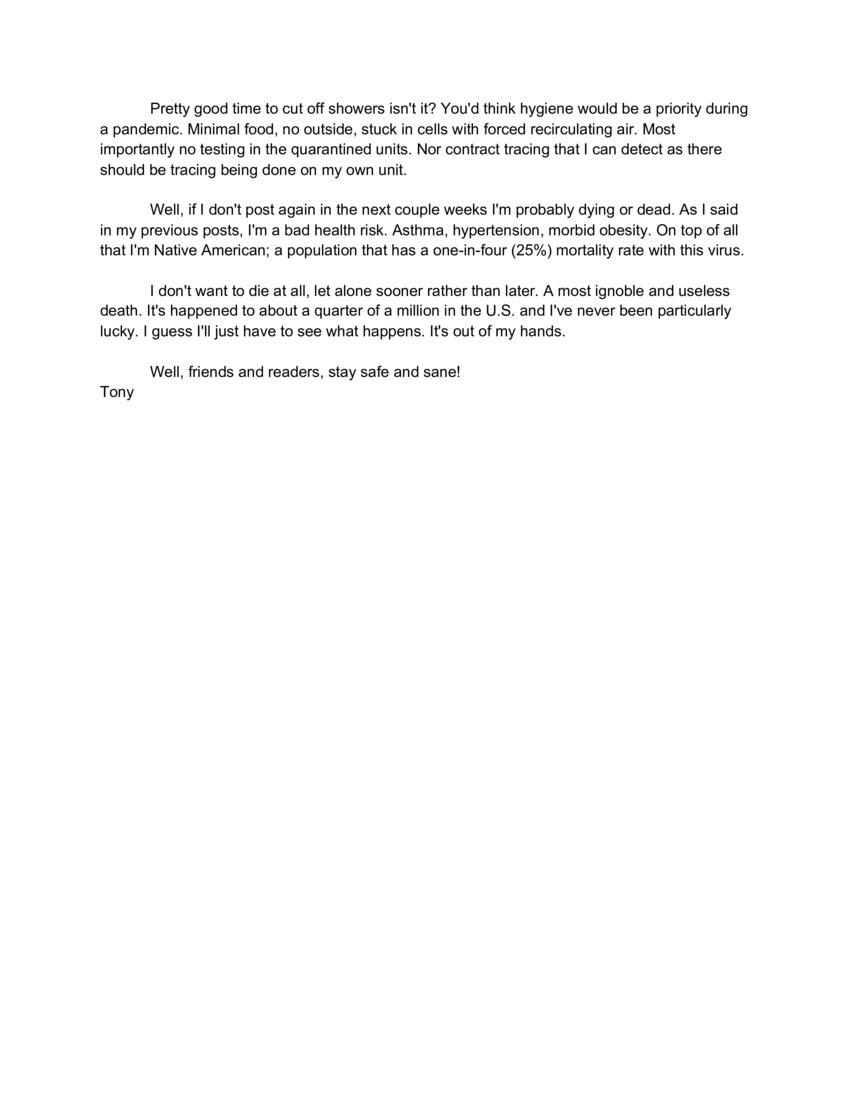 The situation here has gotten a bit direr on an institutional as well as a personal level. At least 5 units are quarantined, including K-Bldg the housing unit manager alluding units I don't know about.

So, someone had a positive test on each of those units. The best information I have puts positive tests in the double digits for the institution. The unit mgr said that more tests are pending and that there'll probably be more. Not looking good. *sigh*

As far as I know, Close, Open, K, P, and U are all locked down (quarantined) but I lost my connection to the Inmate.com network so I'm just hoping this doesn't spread too far. Noway of gauging it now.

I resent my request for compassionate release to the warden and John Tate, Wisconsin Parole Board Chairman. Doubt I'll see action on that front anytime soon. For my last request, they took 4 months to respond and he didn't even look at my request.

I also sent a motion to request for release on bail pending appeal to the circuit court in my main case. Again, doubtful and most likely any bail set will be far beyond what I could scrape together. Have to try though. It is my life after all and it would suck getting this crap with only ten months or so to go.

Obviously, the law library is inaccessible for me now. On unquarantied units, people have to meet the standards for "extra" law library time to get any time at all. That means they have to have an active case with a court deadline they can prove. What a "court deadline" is is subject to the librarian deciding what she wants. Totally messed up. Puts a real damper on things just when it's needed most. Typical DOC.

This whole thing has got me thinking morbid thoughts about dying in this hellhole. I typed up my last will and testament. Funny thing I found out...I'm worth more dead than alive! *sigh* Not really funny, but it's true.

For a short while this morning, I guess we had access to phones, the kiosk, showers, and laundry. I was asleep and only found out during lunch. I was planning on getting on the phone but that's all shut down now. Some inmates complained to the unit manager so no one gets to use anything now.

Pretty good time to cut off showers isn't it? You'd think hygiene would be a priority during a pandemic. Minimal food, no outside, stuck in cells with forced recirculating air. Most importantly no testing in the quarantined units. Nor contact tracing that I can detect as there should be tracing being done on my own unit.

Well, if I don't post again in the next couple of weeks, I'm probably dying or dead. As I said in my previous posts, I'm a bad health risk. Asthma, hypertension, morbid obesity. On top of all that I'm Native American; a population that has a one-in-four(25%) mortality rate with this virus.

I don't want to die at all, let alone sooner rather than later. A most ignoble and useless death. It's happened to about a quarter of a million in the U.S. and I've never been particularly lucky. I guess I'll just have to see what happens. It's out of my hands.

Hang in there, Tony. You and I both are gonna get through this.

Maybe these words aren't what you need at the moment, but I am certain that things will be better. A quote from a pretty decent TV show called Prison Break goes like this, "Just have a little faith." I think we all need a little faith now more than ever.

Either way, stay safe, sane, and healthy, my guy.