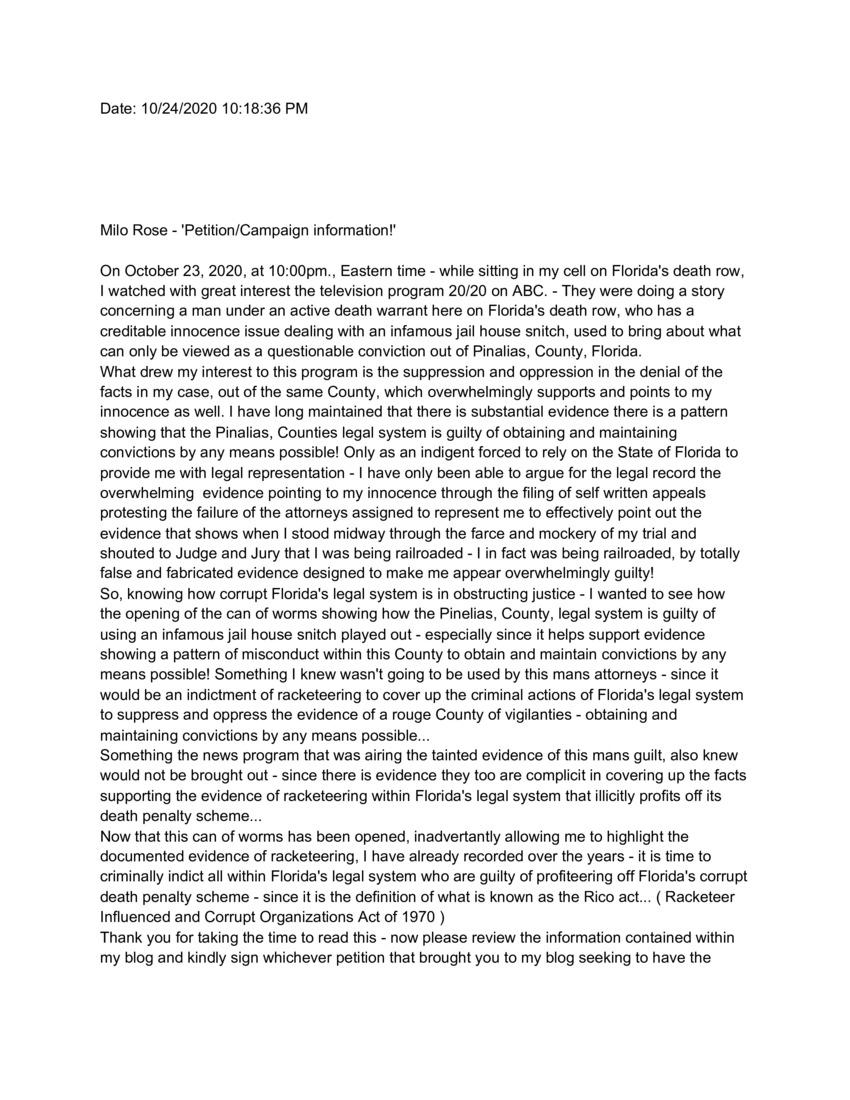 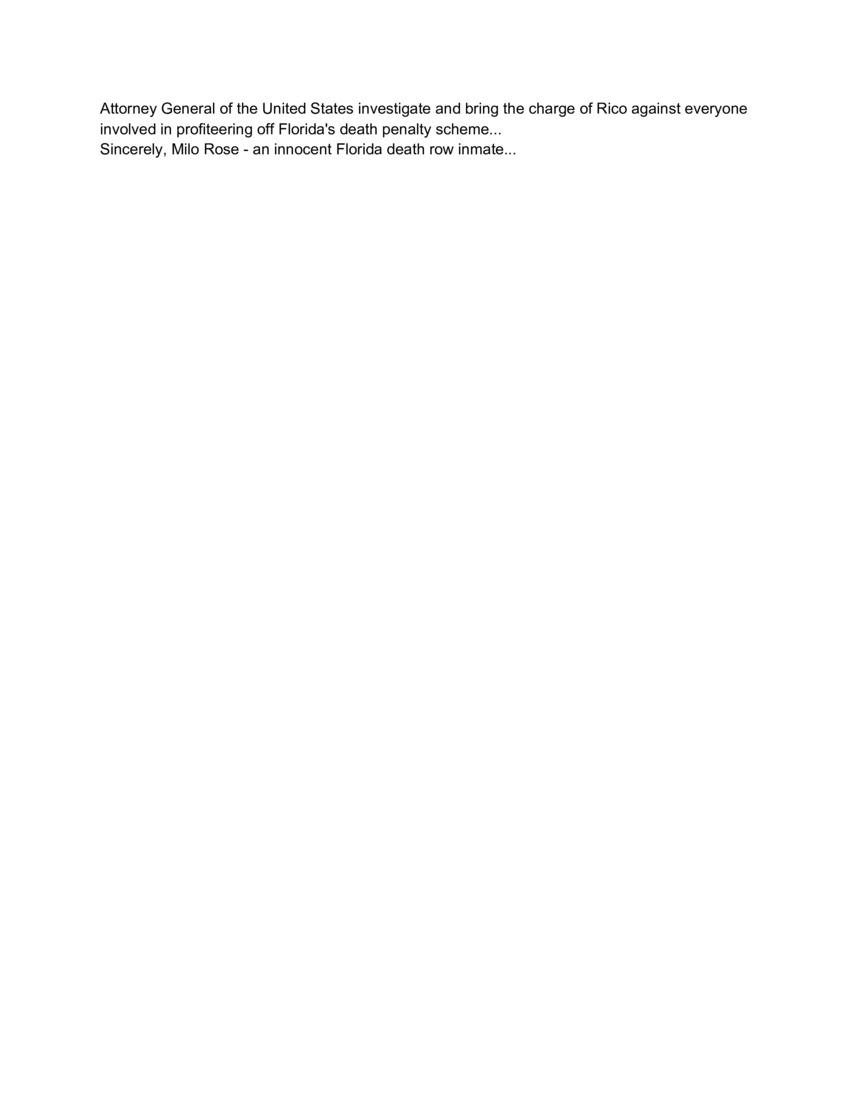 On October 23, 2020, at 10:00 pm., Eastern time - while sitting in my cell on Florida's death row,
I watched with great interest the television program 20/20 on ABC. - They were doing a story
concerning a man under an active death warrant here on Florida's death row, who has a
creditable innocence issue dealing with an infamous jailhouse snitch, used to bring about what
can only be viewed as a questionable conviction out of Pinalias, County, Florida.
What drew my interest to this program is the suppression and oppression in the denial of the
facts in my case, out of the same County, which overwhelmingly supports and points to my
innocence as well. I have long maintained that there is substantial evidence there is a pattern
showing that the Pinalias, Counties legal system is guilty of obtaining and maintaining
convictions by any mean possible! Only as an indigent forced to rely on the State of Florida to
provide me with legal representation - I have only been able to argue for the legal record the
overwhelming evidence pointing to my innocence through the filing of self-written appeals
protesting the failure of the attorneys assigned to represent me to effectively point out the
protesting the failure of the attorneys assigned to represent me to effectively point out the
evidence that shows when I stood midway through the farce and mockery of my trial and
shouted to Judge and Jury that I was being railroaded - I in fact was being railroaded, by totally
false and fabricated evidence designed to make me appear overwhelmingly guilty!
So, knowing how corrupt Florida's legal system is in obstructing justice - I wanted to see how
the opening of the can of worms showing how the Pinelias, County, legal system is guilty of
using an infamous jailhouse snitch played out - especially since it helps support evidence
showing a pattern of misconduct within this County to obtain and maintain convictions by any
means possible! Something I knew wasn't going to be used by this man's attorneys - since it
would be an indictment of racketeering to cover up the criminal actions of Florida's legal system
to suppress and oppress the evidence of a rouge County of vigilantes - obtaining and
maintaining convictions by any means possible...
Something the news program that was airing the tainted evidence of this mans guilt, also knew
would not be brought out - since there is evidence they too are complicit in covering up the facts
supporting the evidence of racketeering within Florida's legal system that illicitly profits off its
death penalty scheme...
Now that this can of worms has been opened, inadvertently allowing me to highlight the
documented evidence of racketeering, I have already recorded over the years - it is time to
criminally indict all within Florida's legal system who are guilty of profiteering off Florida's corrupt
death penalty scheme - since it is the definition of what is known as the Rico act... (Racketeer
Influenced and Corrupt Organizations Act of 1970)
Thank you for taking the time to read this - now please review the information contained within
my blog and kindly sign whichever petition that brought you to my blog seeking to have the
Attorney General of the United States investigate and bring the charge of Rico against everyone
involved in profiteering off Florida's death penalty scheme...
Sincerely, Milo Rose - an innocent Florida death row inmate...

It is time to bring this to fruition.