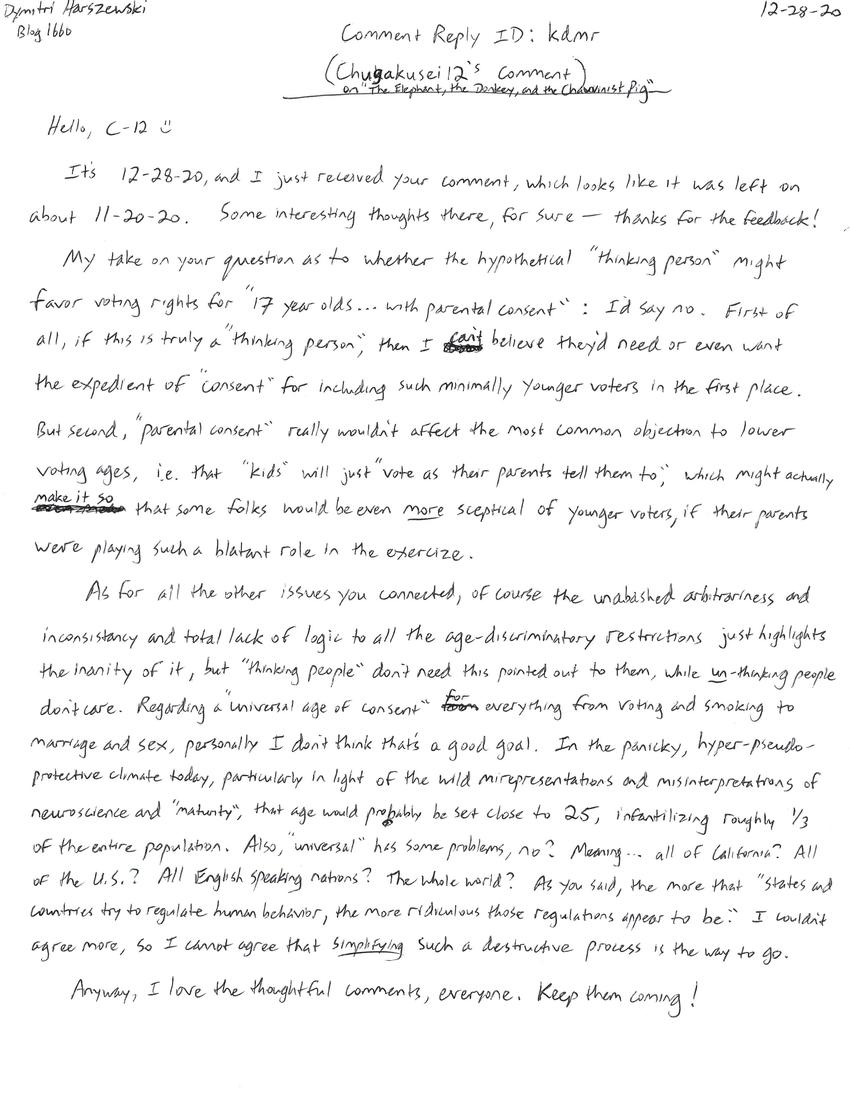 My take on your question as to whether the hypothetical "thinking person" might favor voting rights for "17 year olds...with parental consent": I'd say no. First of all, if this is truly a "thinking person", then I can't believe they'd need or even want the expedient of "consent" for including such minimally younger voters in the first place. But second, "parental consent" really wouldn't affect the most common objection to lower voting ages, i.e. that "kids" will just "vote as their parents tell them to," which might actually make it so that some folks would be even more skeptical of younger voters, if their parents were playing such a blatant role in the exercise.

As for all the other issues you connected, of course the unabashed arbitrariness and inconsistency and total lack of logic to all the age-discriminatory restrictions just highlights the insanity of it, but "thinking people' don't need this pointed out to them, while un-thinking people don't care. Regarding a "universal age of consent" for everything from voting and smoking to marriage and sex, personally I don't think that's a good goal. In the panicky, hyper-pseudo-protective climate today, particularly in light of the wild misrepresentations and misinterpretations of neuroscience and "maturity," that age would probably be set close to 25,infantilizing roughly 1/3 of the entire population. Also, "universal" has some problems, no? Meaning...all of California? All of the U.S.? All English speaking nations? The whole world? As you said, the more that "states and countries try to regulate human behavior, the more ridiculous those regulations appear to be." I couldn't agree more, so I cannot agree that simplifying such a destructive process is the way to go.

Anyway, I love the thoughtful comments, everyone. Keep them coming!

Thanks for writing! I finished the transcription for your post. That was pretty interesting to think about.
(scanned reply – view as blog post)
uploaded April 5, 2021.  Original (PDF) 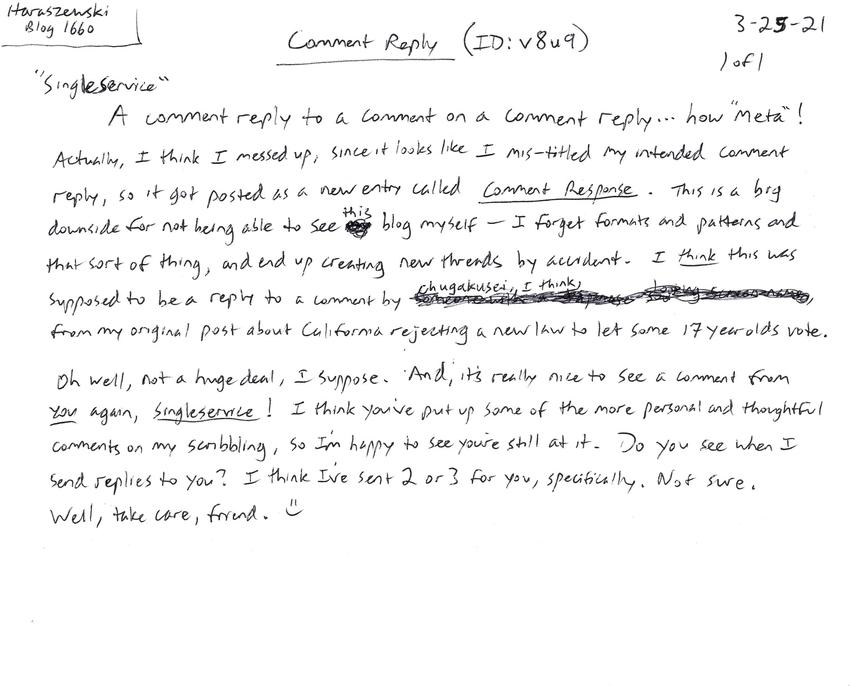