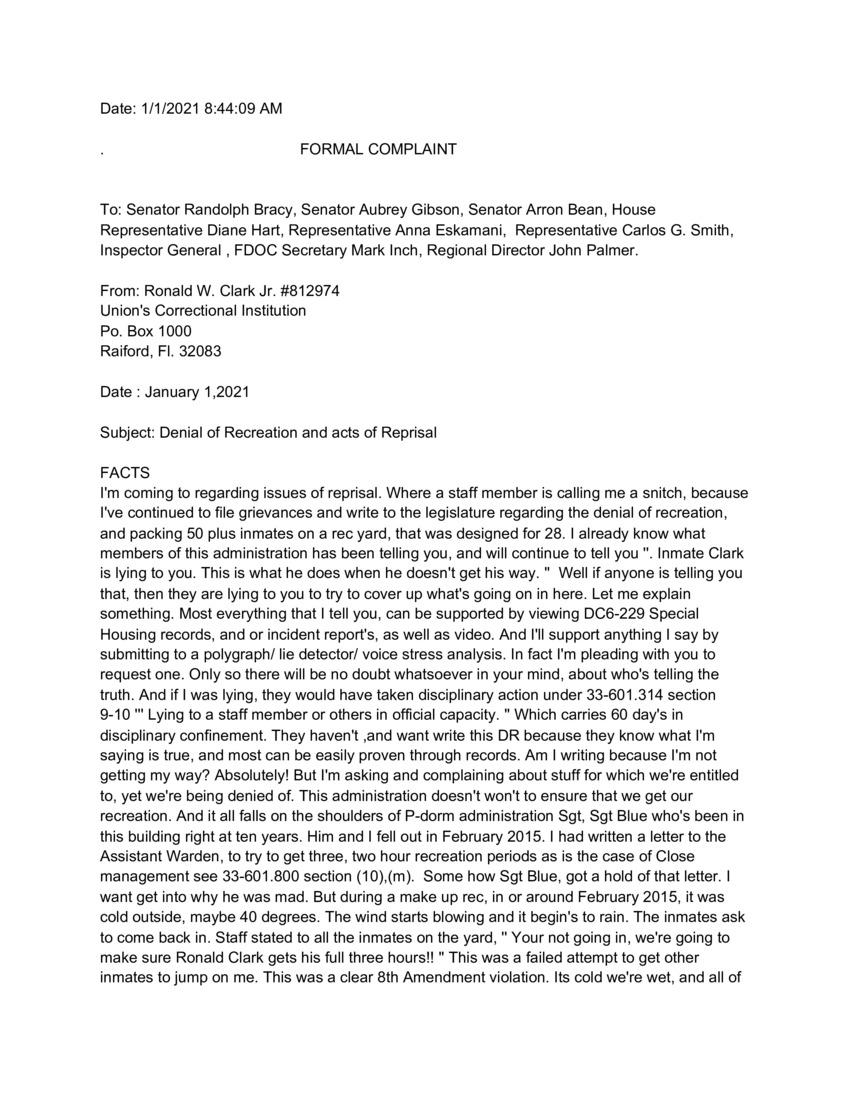 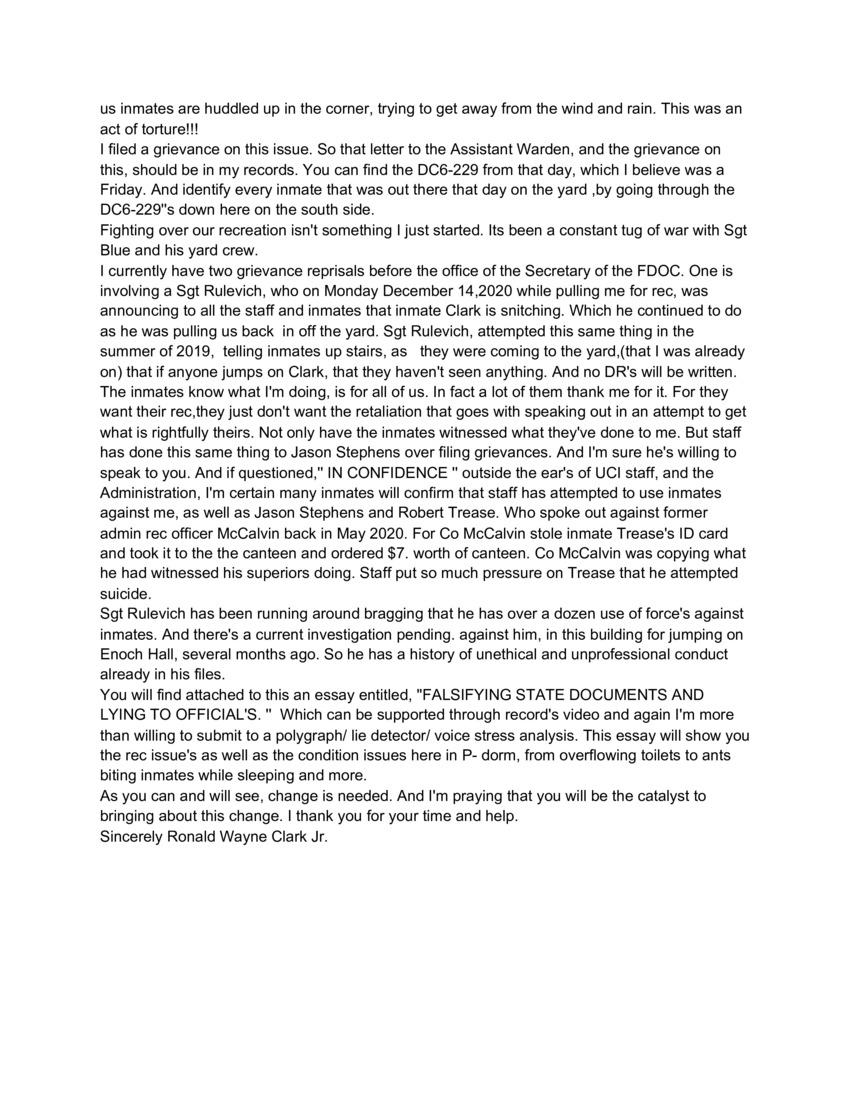 Subject: Denial of Recreation and acts of Reprisal

FACTS
I'm coming to regarding issues of reprisal. Where a staff member is calling me a snitch, because I've continued to file grievances and write to the legislature regarding the denial of recreation, and packing 50 plus inmates on a rec yard, that was designed for 28. I already know what members of this administration has been telling you, and will continue to tell you ". Inmate Clark is lying to you. This is what he does when he doesn't get his way." Well if anyone is telling you that, then they are lying to you to try to cover up what's going on here. Let me explain something. Most everything that I tell you, can be supported by viewing DC6-229 Special Housing records, and or incident report's, as well as video. And I'll support anything I say by submitting to a polygraph/ lie detector/ voice stress analysis. In fact I'm pleading with you to request one. Only so there will be no doubt whatsoever in your mind, about who's telling the truth. And if I was lying, they would have taken disciplinary action under 33-601.314 section 9- 10 " Lying to a staff member or others is official capacity. " Which carries 60 day's in disciplinary confinement. They haven't , and want write this DR because they know what I'm saying is true, and most can be easily proven through records. Am I writing because I'm not getting my way? Absolutely! But I'm asking and complaining about stuff for which we're entitled to, yet we're being denied of. This administration doesn't won't to ensure that we get our recreation. And it all falls on the shoulders of P-dorm administration Sgt, Sgt Blue who's been in this building right at ten years. Him and I fell out in February 2015. I had written a letter to the Assistnat Warden,