Think you have free will? 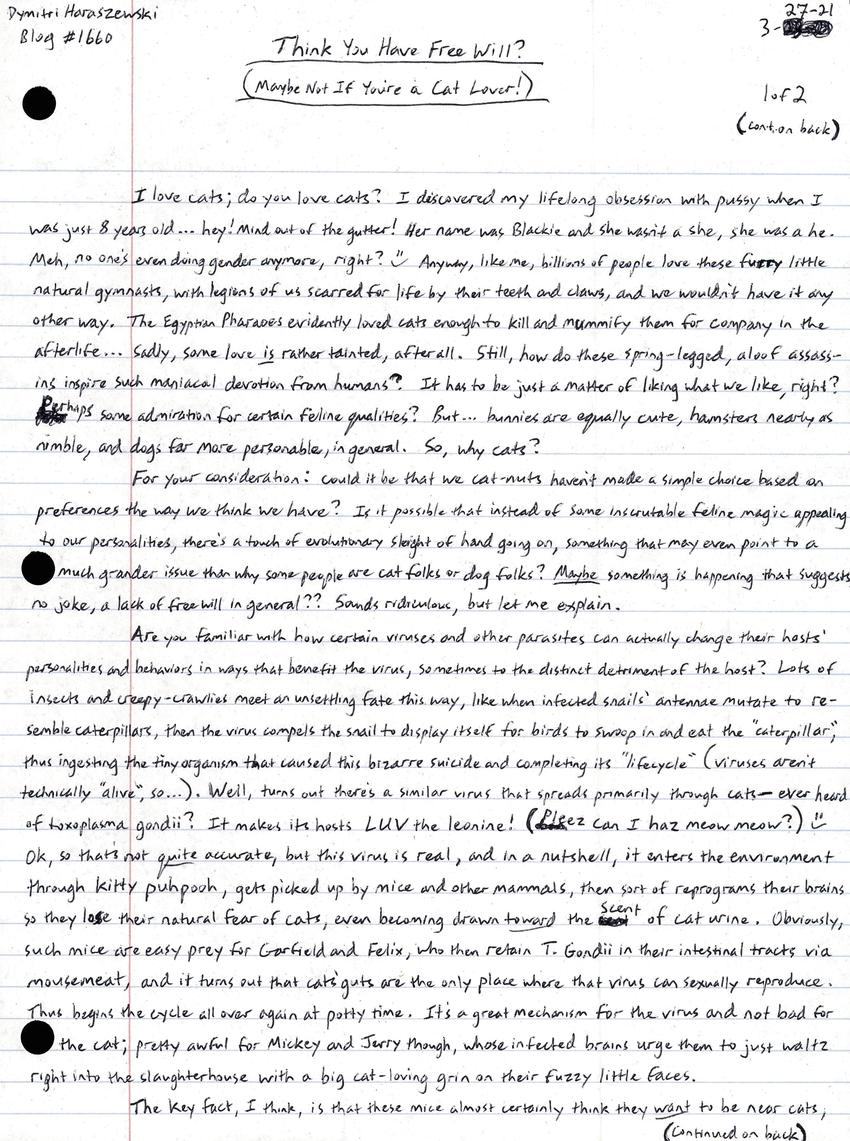 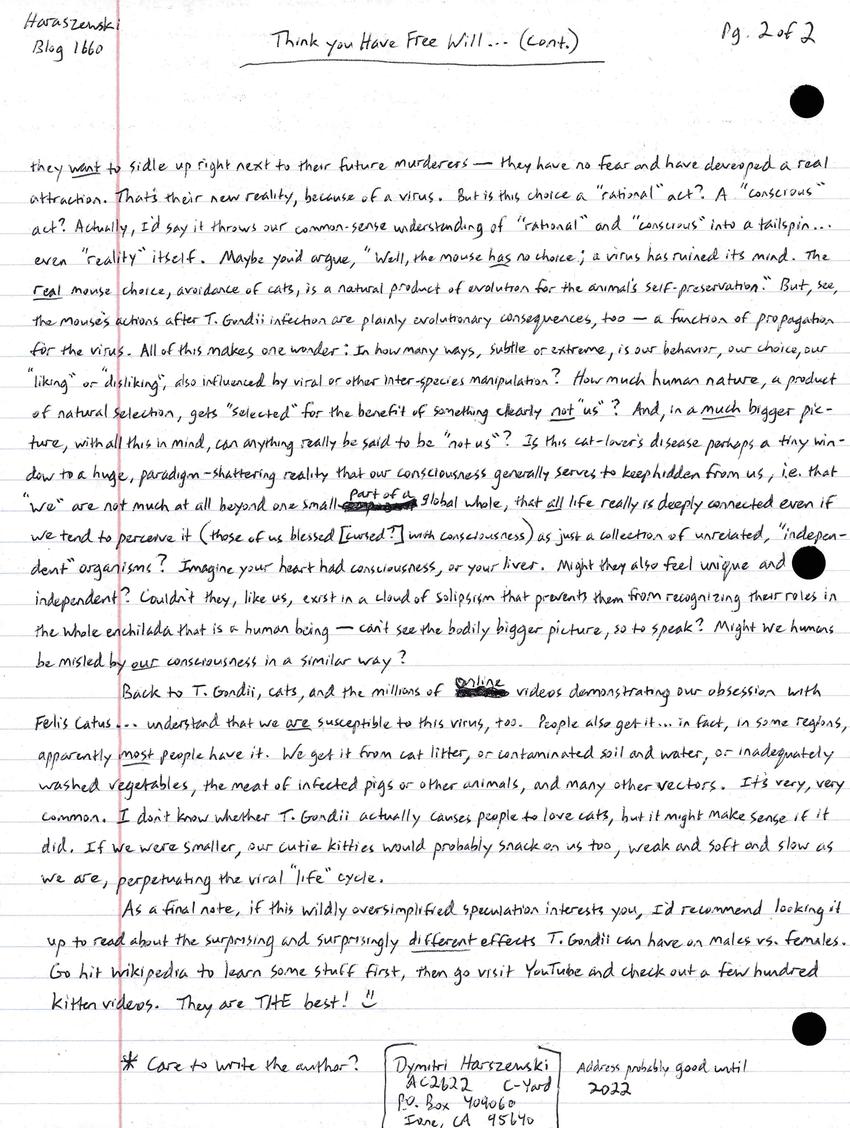 Just reading your story interesting view through how you see things. I mean cats are cool. I had many cats in my life.. You know the 4 legged ones. They all have their own very unique qualities and some. Well I remember 2 out of say 6 or 7. 2 had extremely bad attitudes even remember having to bring his name was squeaky. Had to bring him to let's say gave him away he was a violent cat . No one could go near him . I think he might have eaten some gel taps back in the day . Only thing I could see that might have happened. Or just natural he was a problem. Anyway don't wanna bord you. Heck we never met. Just interesting reading your blog. I'll tell you the rest if you ever wanted to hear it. First time I ever heard of blog. I can't sleep seeing I have cancer and my body aches so bad. Good trying to you. I have no clue about rats and other creatures. Only because not my thing. Guess I just never had a intrest or knew anyone who did. Well maybe we talk again sasyL