Should Donald Trump be allowed back on social media? 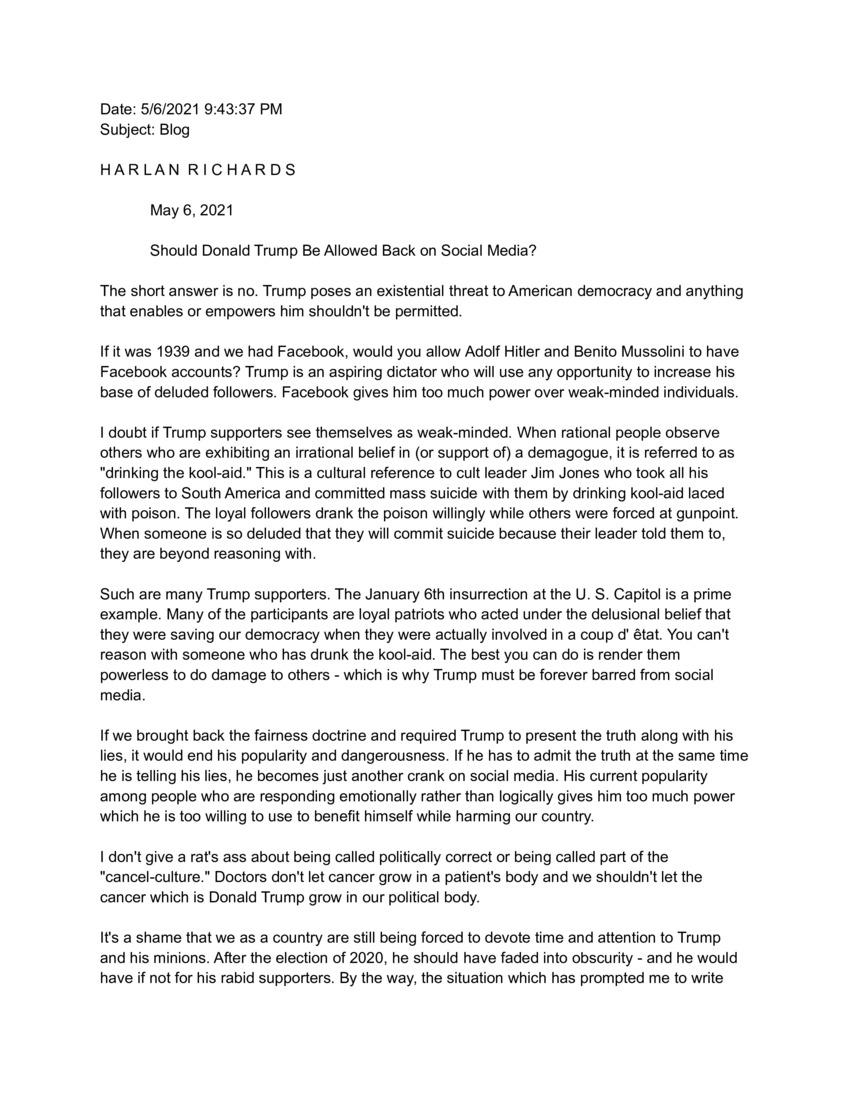 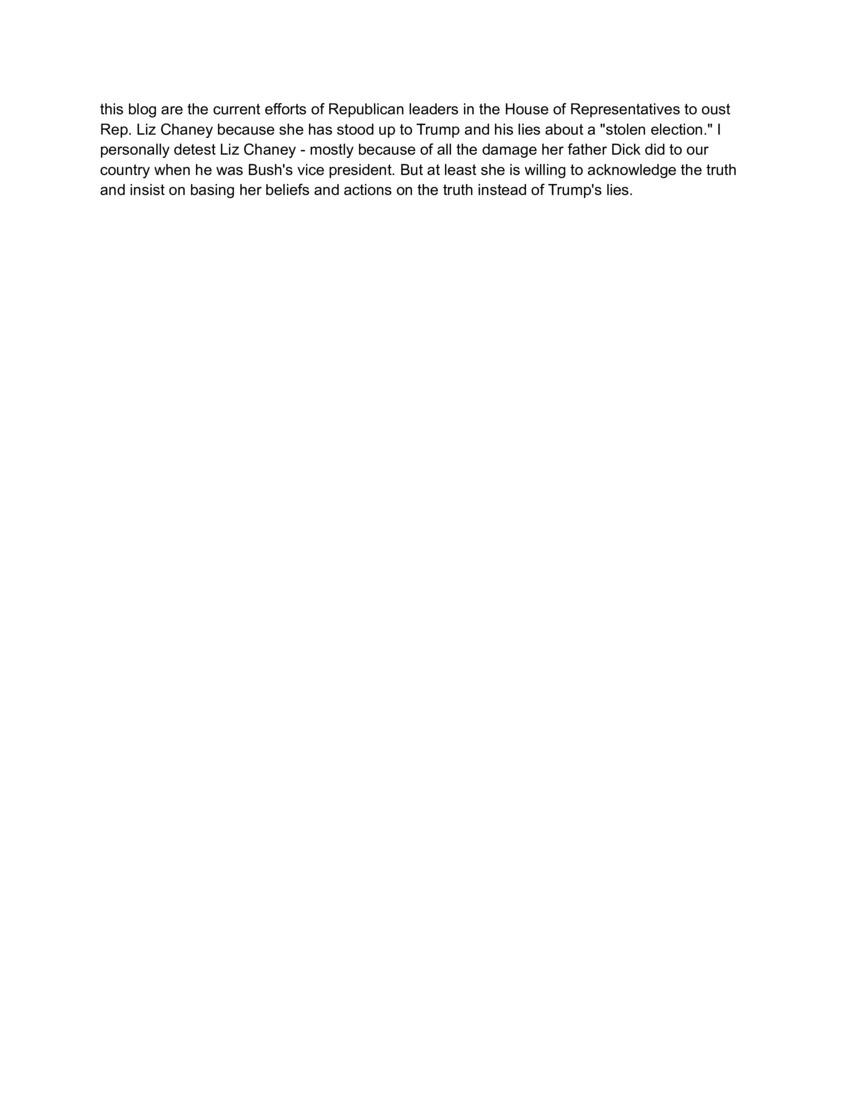 Should Donald Trump Be Allowed Back on Social Media?

The short answer is no. Trump poses an existential threat to American democracy and anything that enables or empowers him shouldn't be permitted.

If it was 1936 and we had Facebook, would you allow Adolf Hitler and Benito Mussolini to have Facebook accounts? Trump is an aspiring dictator who will use any opportunity to increase his base of deluded followers. Facebook gives him too much power over weak-minded individuals.

I doubt if Trump supporters see themselves as weak-minded. When rational people observe others who are exhibiting an irrational belief in (or support of) a demagogue, it is referred to as "drinking the kool-aid." This is a cultural reference to cult leader Jim Hones who took all his followers to South America and committed mass suicide with them by drinking kool-aid laced with poison. The loyal followers drank the poison willingly while the others were forced at gunpoint. When someone is so deluded that they will commit suicide because their leader told them to, they are beyond reasoning with.

Such are many Trump supporters. The January 6th insurrection at the U.S. Capitol is a prime example. Many of the participants are loyal patriots who acted under the delusional belief that they were saving our democracy when they were actually involved in a coup d' êtat. You can't reason with someone who has drunk the kool-aid. The best you can do is render them powerless to do damage to others - which is why Trump must be forever barred from social media.

If we brought back the fairness doctrine and required Trump to present the truth along with his lies, it would end his popularity and dangerousness. If he has to admit the truth at the same time he is telling lies, he becomes just another crank on social media. His current popularity among people who are responding emotionally rather than logically gives him too much power which he is too willing to use to benefit himself while harming our country.

I don't give a rat's ass about being called politically correct or being called part of the "cancel-culture." Doctors don't let cancer grow in a patient's body and we shouldn't let the cancer which is Donald Trump grow in our political body.

It's a shame that we as a country are still being forced to devote time and attention to Trump and his minions. After the election of 2020, he should have faded into obscurity - and he would have if not for his rabid supporters. By the way, the situation which has prompted me to write this blog are the current efforts of the Republican leaders in the House of Representatives to ous Rep. Liz Chaney because she has stood up to Trump and his lies about a "stolen election." I personally detest Liz Chaney - mostly because of all the damage her father Dick did to our country when he was Bush's vice president. But at least she is willing to acknowledge the truth and insist on basing her beliefs and actions on the truth instead of Trump's lies.

Wow! I really enjoyed reading and transcribing your post. Every single word and thought was spot on, and it made me draw a very clear connection between Jim Jones and Trump's minions. I especially liked the part about the "weak minded" -- I'll be using that as often as possible when I refer to Trump's followers. Thank you again. Keep on writing!
(scanned reply – view as blog post)
uploaded June 21, 2021.  Original (PDF) 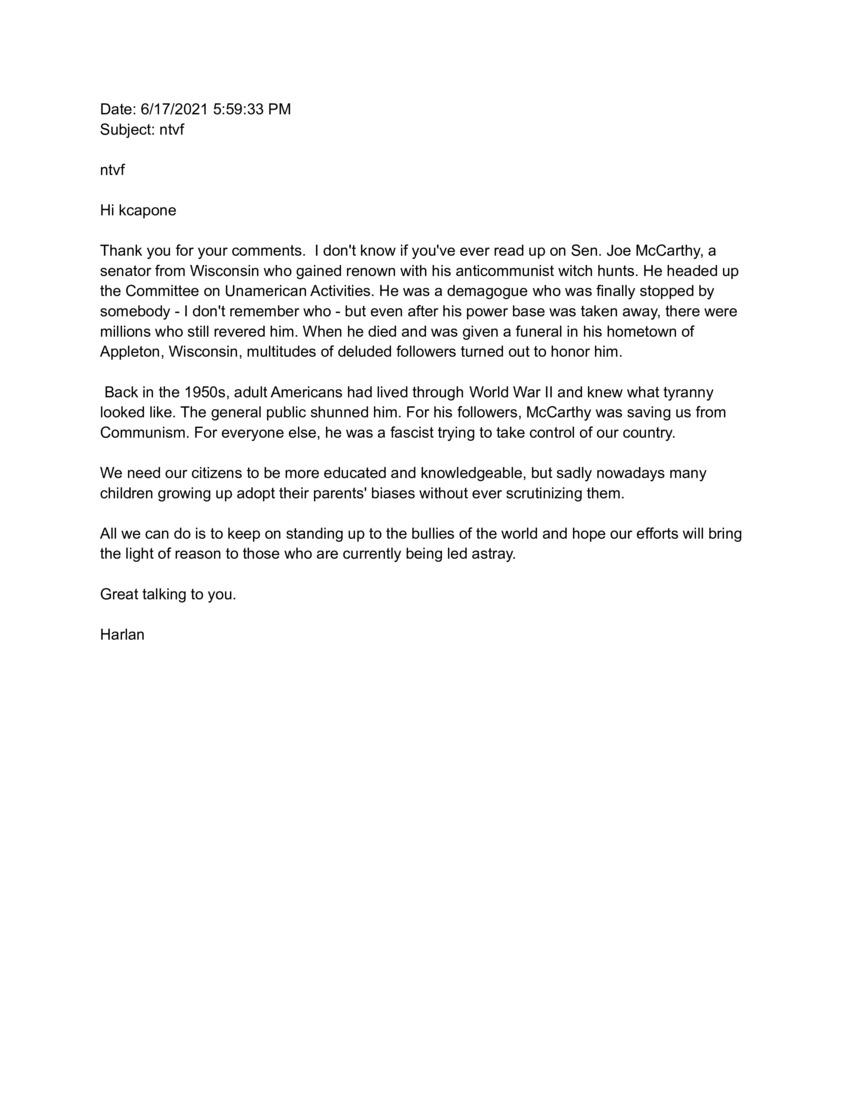