Should You Get Vaccinated? 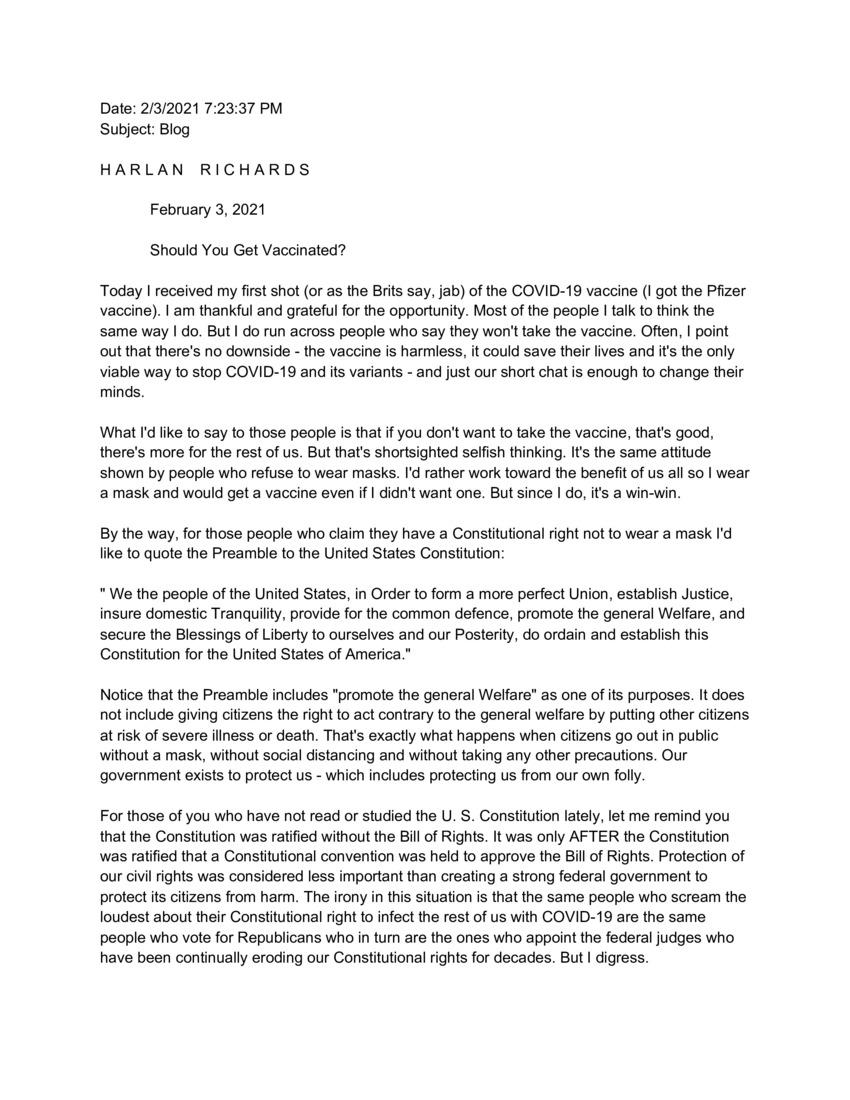 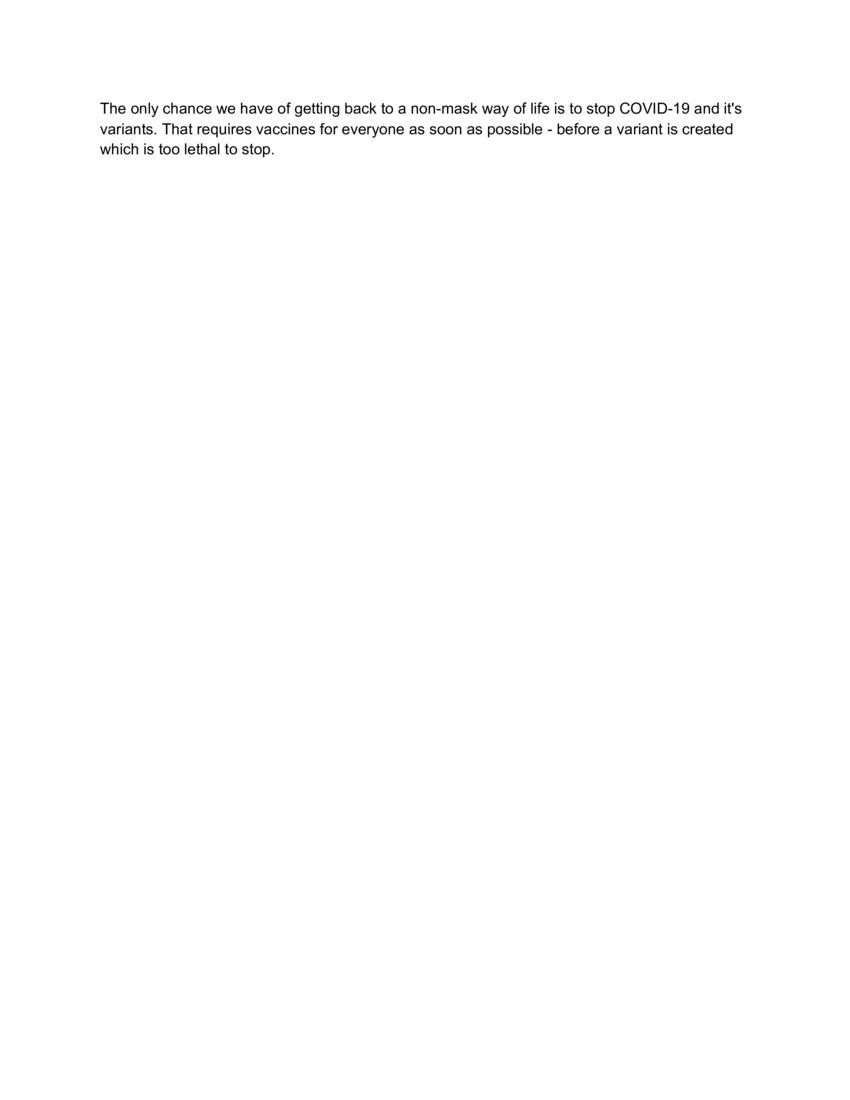 Should You Get Vaccinated?

Today I received my first short (or as the Brits say, jab) of the COVID-19 vaccine (I got the Pfizer vaccine). I am thankful and grateful for the opportunity. Most of the people I talk to think the same way I do. But I do run across people who say hey won't take the vaccine. Often, I point out that there's no downside - the vaccine is harmless, it could save their lives and it's the only viable way to stop COVID-19 and its variants - and just our short chat is enough to change their minds.

What I'd like to say to those people is that if you don't want to take the vaccine, that's good, there's more fro the rest of us. But that's shortsighted selfish thinking. It's the same attitude shown by people who refuse to wear masks. I'd rather work toward the benefit of us all so I wear a mask and would get a vaccine even if I didn't want one. But since I do, it's a win-win.

By the way, for those people who claim they have a Constitutional right not to wear a mask I'd like to quote the Preamble of the United States Constitution:

"We the people of the United States, in Order to form a perfect Union, establish Justice, insure domestic Tranquility, provide for the common defence, promote the general Welfare, and secure the Blessings of Liberty to ourselves and our Posterity, do ordain and establish this Constitution for the United States of America."

Notice that the Preamble includes "promotes the general Welfare" as one of its purposes. It does not include giving citizens the right to act contrary to the general welfare bu putting other citizens at risk of severe illness or death. That's exactly what happens when citizens go out in public without a mask, without social distancing and without taking any other precautions. Our government exists to protect us - which includes protecting us from our own folly.

For those of you who have not read or studied the U.S. Constitution lately, let me remind you that the Constitution was ratified without the Bill of Rights. It was only AFTER the Constitution was ratified that a Constitution convention was held to approve the Bill of Rights. Protection of our civil rights was considered less important than creating a strong federal government to protect its citizens from harm. The irony in this situation is that the same people who scream the loudest about their Constitutional right to infect the rest of us with COVID-19 are the same people who vote for Republicans who in turn are the ones who appoint the federal judges who have been continually eroding our Constitutional rights for decades. But I digress.

The only chance we have of getting back to a non-mask way of life is to stop COVID-19 and its variants. That requires vaccines for everyone as soon as possible - before a variant is created which is too lethal to stop.