The True Gospel of Christ: Part 2 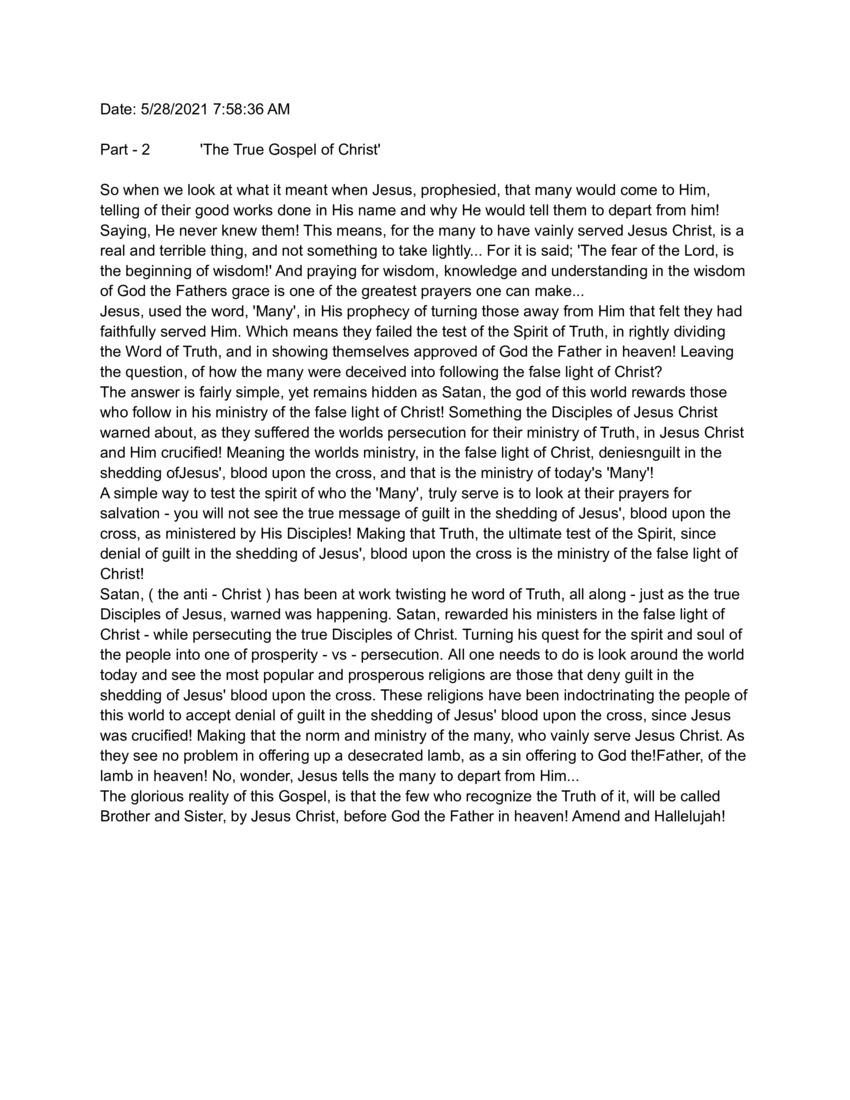 So when we look at what it meant when Jesus, prophesied, that many would come to Him, telling of their good works done in His name and why He would tell them to depart from Him! Saying, He never knew them! This means, for the many to have vainly served Jesus Christ, is a real and terrible thing, and not something to take lightly... For it is said; 'The fear of the Lord, is the beginning of wisdom!' And praying for wisdom, knowledge and understanding in the wisdom of God the Father's grace is one of the greatest prayers one can make...

Jesus used the word, 'Many,' in His prophecy of turning those away from Him that felt they had faithfully served Him. Which means they failed the test of the Spirit of Truth, in rightly dividing the Word of Truth, and in showing themselves approved of God the Father in heaven! Leaving the question, of how the many were deceived into following the false light of Christ?

Satan, (the anti-Christ) has been at work twisting the word of Truth, all along- just as the true Disciples of Jesus warned was happening. Satan rewarded his ministers in the false light of Christ- while persecuting the true Disciples of Christ. Turning his quest for the spirit and soul of people into one of prosperity - vs - persecution. All one needs to do is look around the world today and see the most popular and prosperous religions are those that deny guilt in the shedding of Jesus' blood upon the cross, since Jesus was crucified! Making that the norm and ministry of the many, who vainly serve Jesus Christ. As they see no problem in offering up a desecrated lamb, as a sin offering to God the Father, of the lamb in heaven! No wonder Jesus tells the many to depart from Him...

The glorious reality of this Gospel is that the few who recognize the Truth of it will be called Brother and Sister by Jesus Christ before God the Father in heaven ! Amen and Hallelujah!