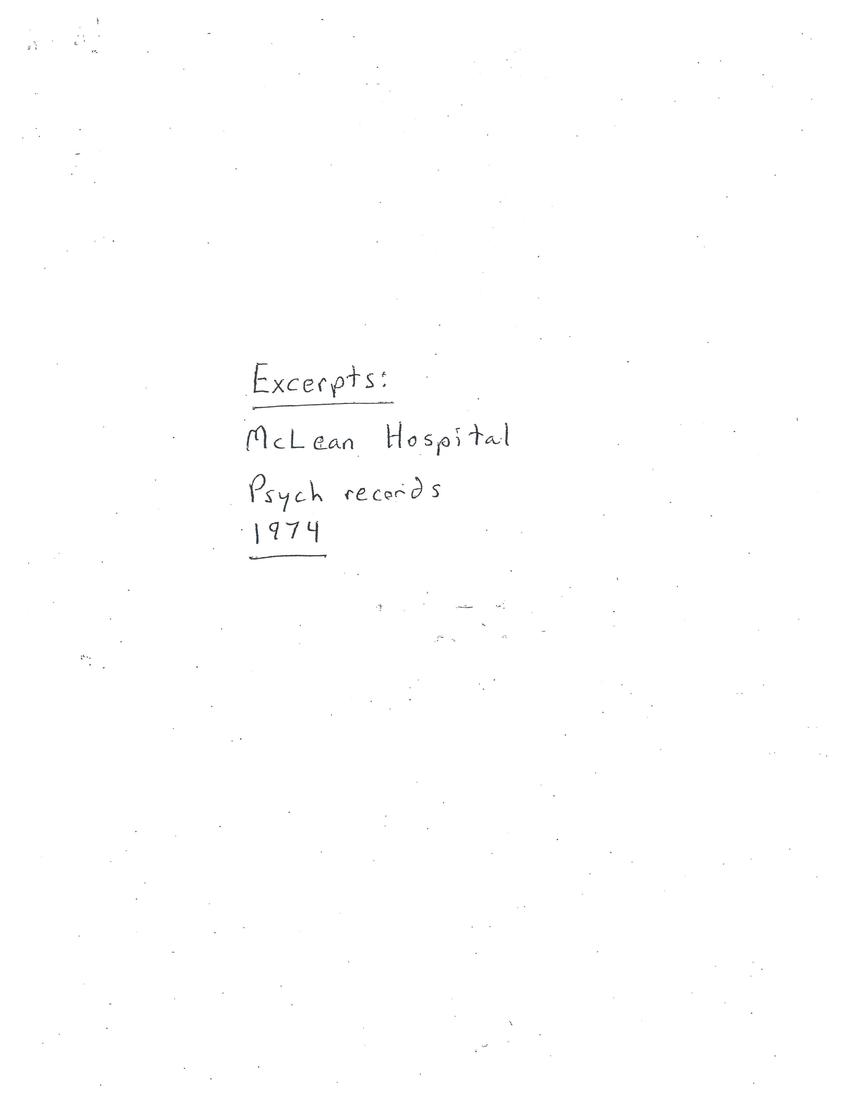 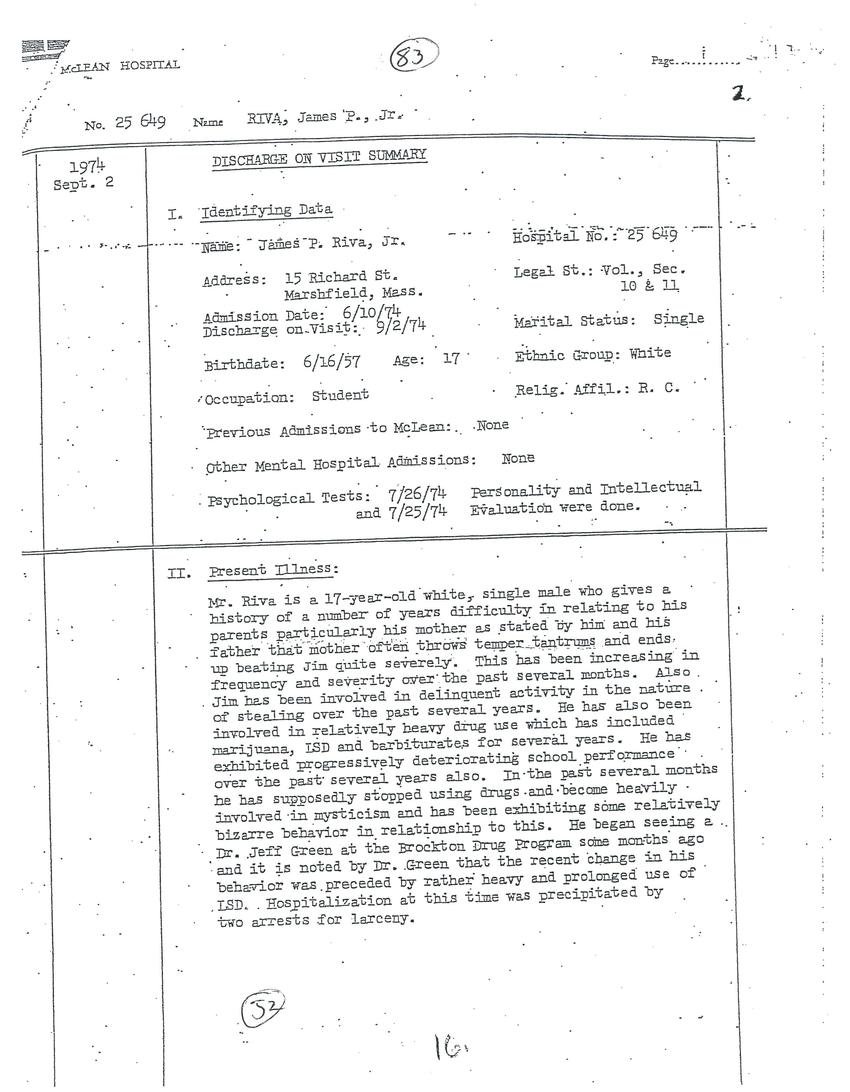 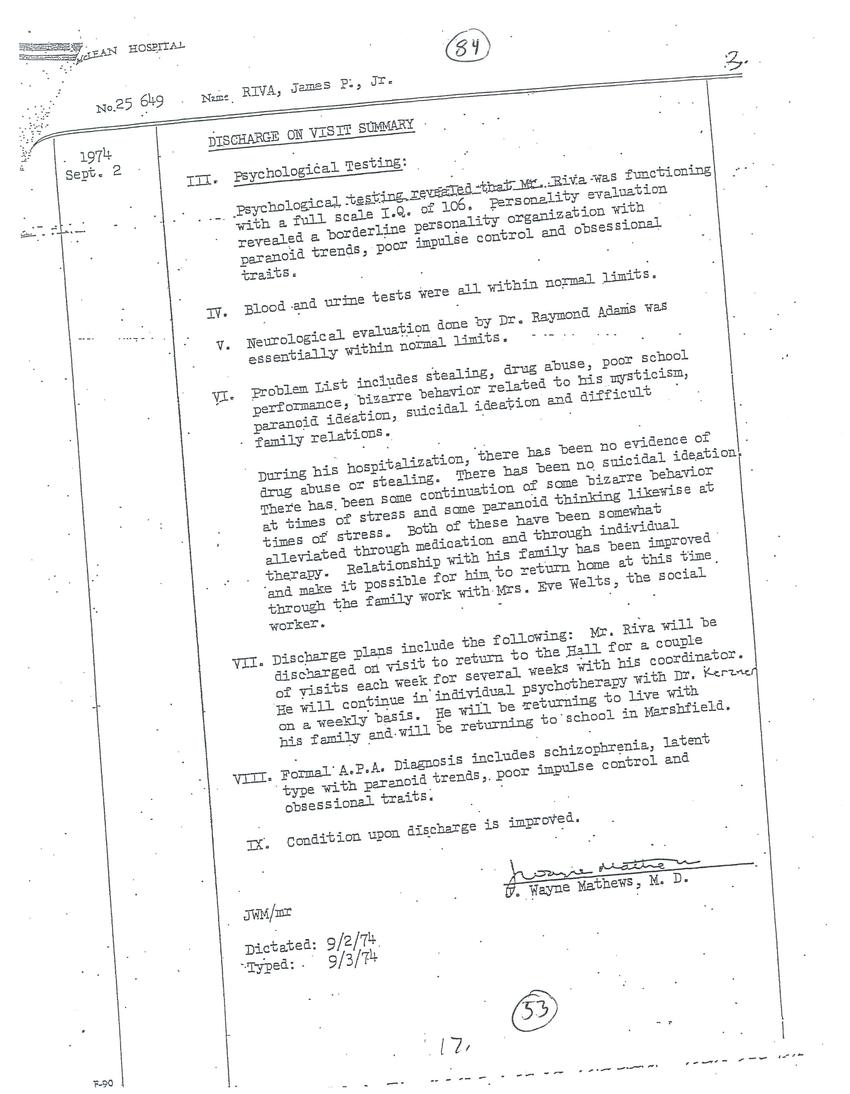 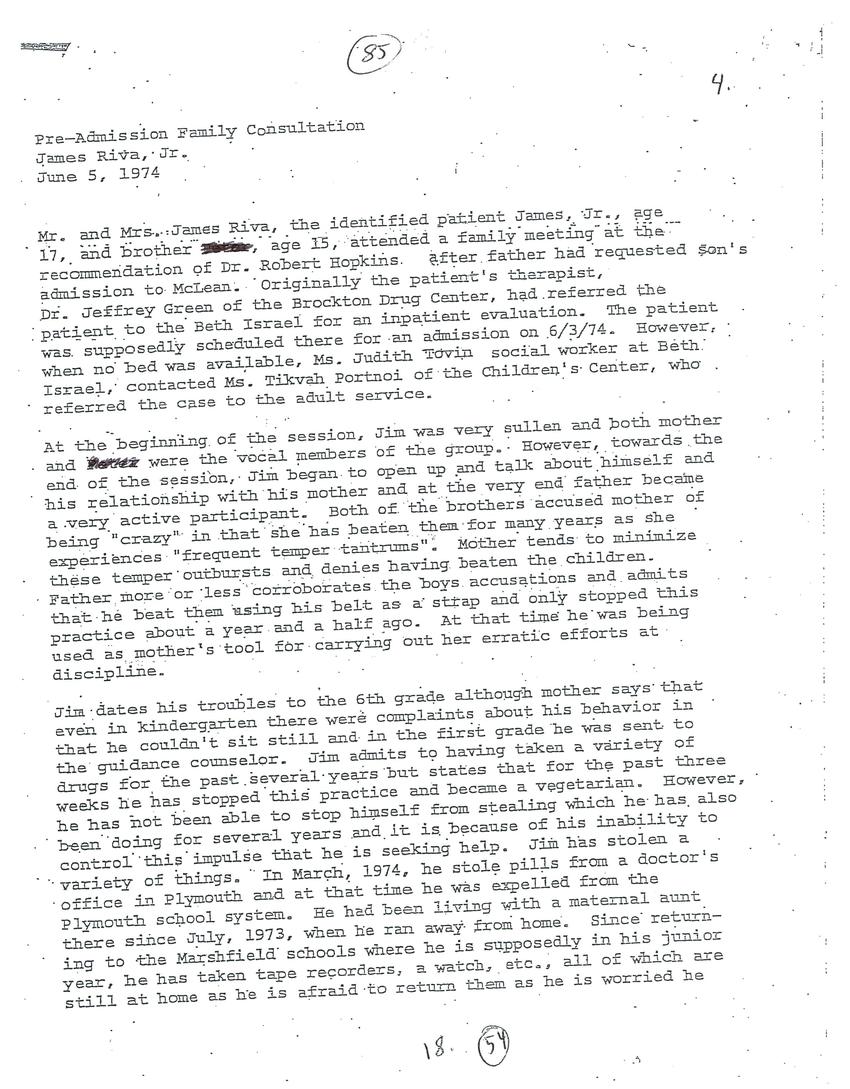 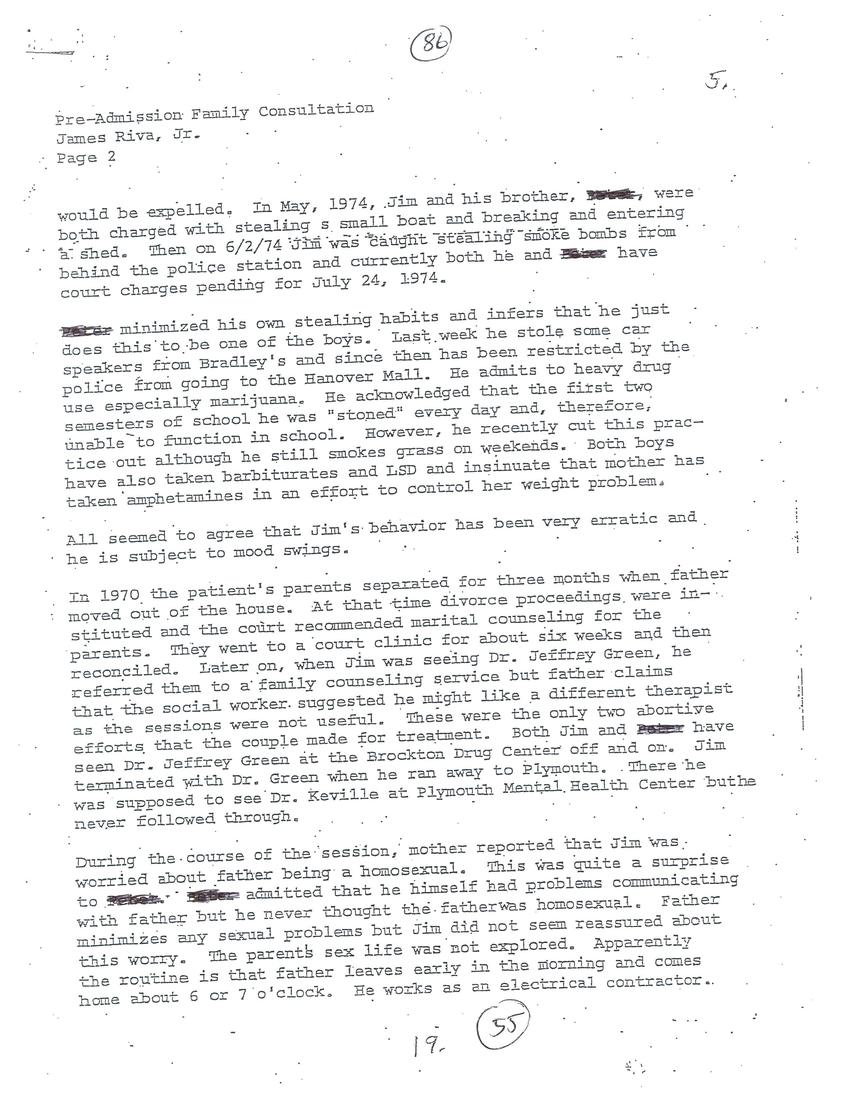 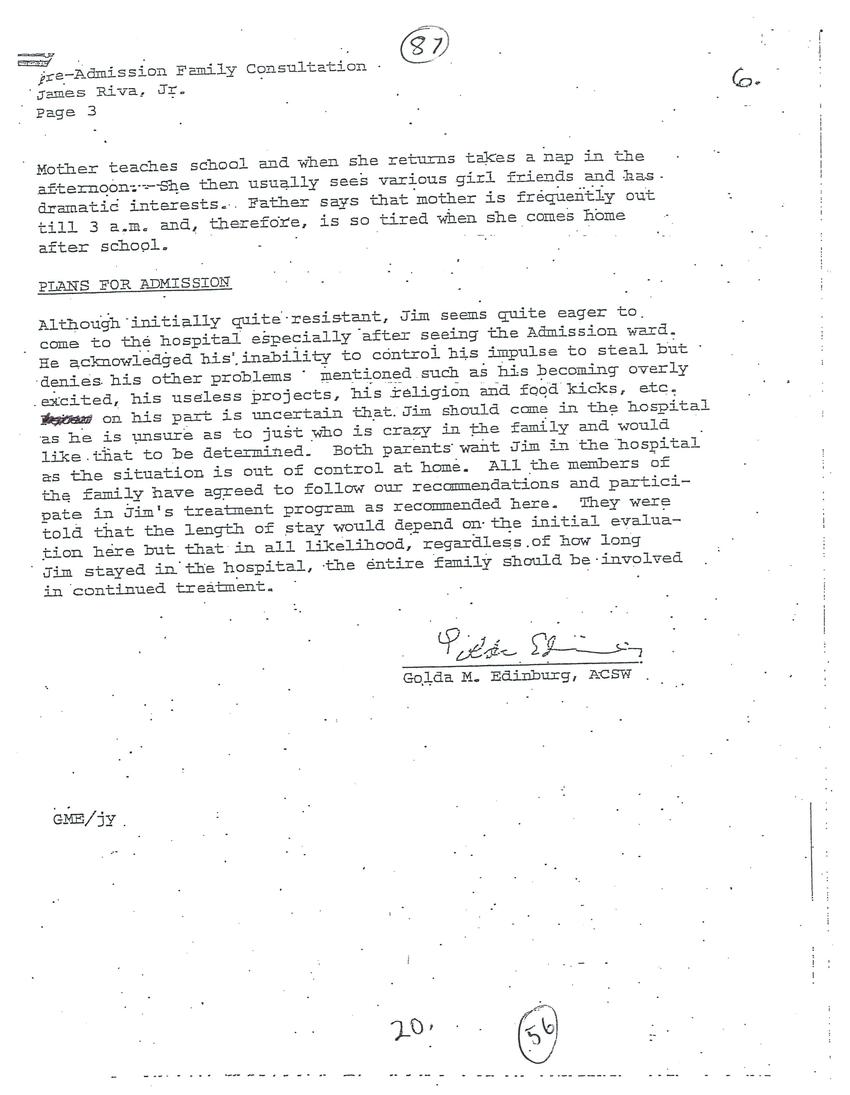 II. Present Illness:
Mr. Riva is a 12 year-old white, single male who gives a history of a number of years difficulty in relating to his parents particularly his mother as stated by him and his father that mother often throws temper tantrums and ends up beating Jim quite severely. This has been increasing in frequency and severity over the past several months. Also Jim has been involved in delinquent activity in the nature of stealing over the past several years. He has also been involved in relatively heavy frug use which has included marijuana, ISD and barbiturates for several years. He has exhibits progressively deteriorating school performance over the past several years also. In the past several months he has supposedly stopped using drugs and become heavily involved in mysticism and has been exhibiting some relatively bizarre behavior in relationships to this. he began seeing a Dr. Jeff Green at the Brockton Drug Program some months ago and it is noted by Dr. Gree that the recent change in his behavior was preceded by rather heavy and prolonged use of ISD. Hospitalization at this time was precipitated by two arrests for larceny.