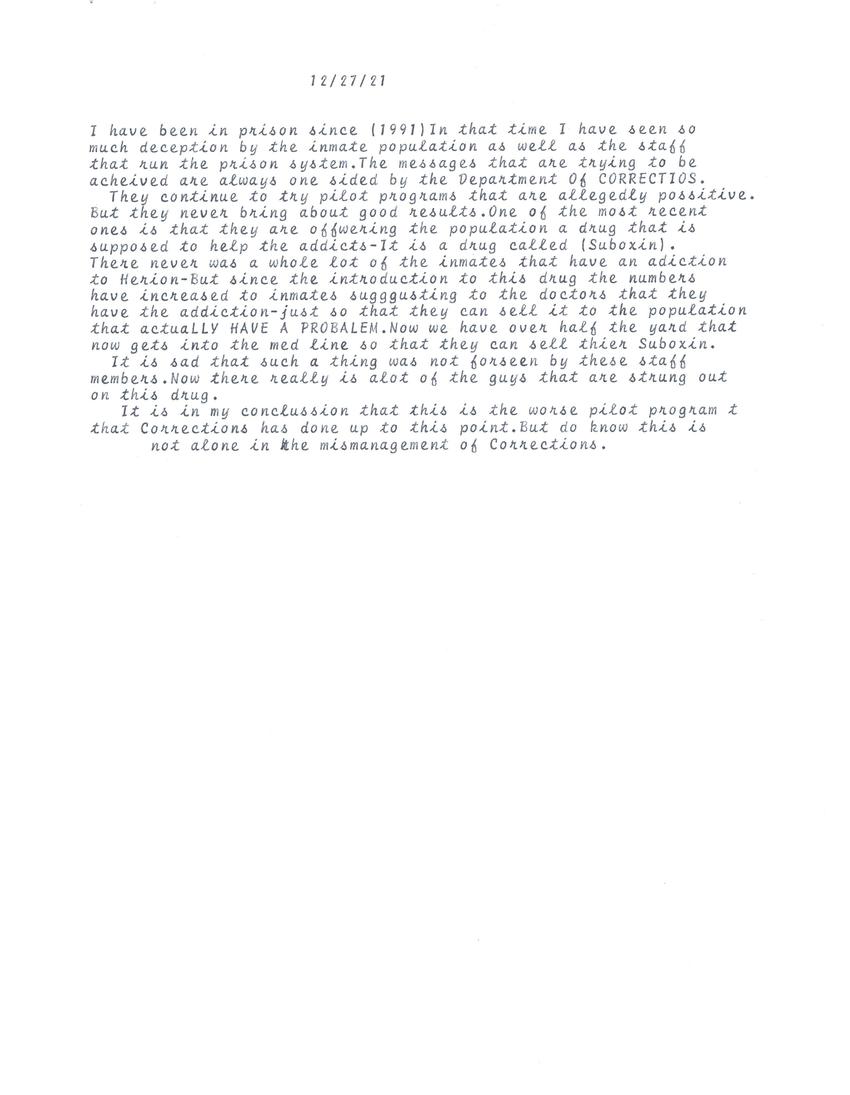 I have been in prison since (1991) In that time I have seen so much deception by the inmate population as well as the staff that run the prison system. The messages that are trying to be achieved are always one sided by the Department of CORRECTIONS.

They continue to try pilot programs that are allegedly positive. But they never bring about good results. One of the most recent ones is that they are offering the population a drug that is supposed to help the addicts - it is a drug called Suboxin. There never was a whole lot of the inmates that have an addiction to Heroin - but since the introduction to this drug the numbers have increased to inmates suggesting to the doctors that they have the addiction - just so that they can sell it to the population that actually HAVE A PROBLEM. now we have over half the yard that now gets into the med line so that they can sell their Suboxin.

It is sad that such a thing was not foreseen by these staff members. Now there really is a lot of the guys that are strung out on this drug.

It is in my conclusion that this is the worse pilot program and that Corrections has done up to this point. But do know this is not alone in the mismanagement of Corrections.