The US Supreme Court and its Fraudulent Ruling 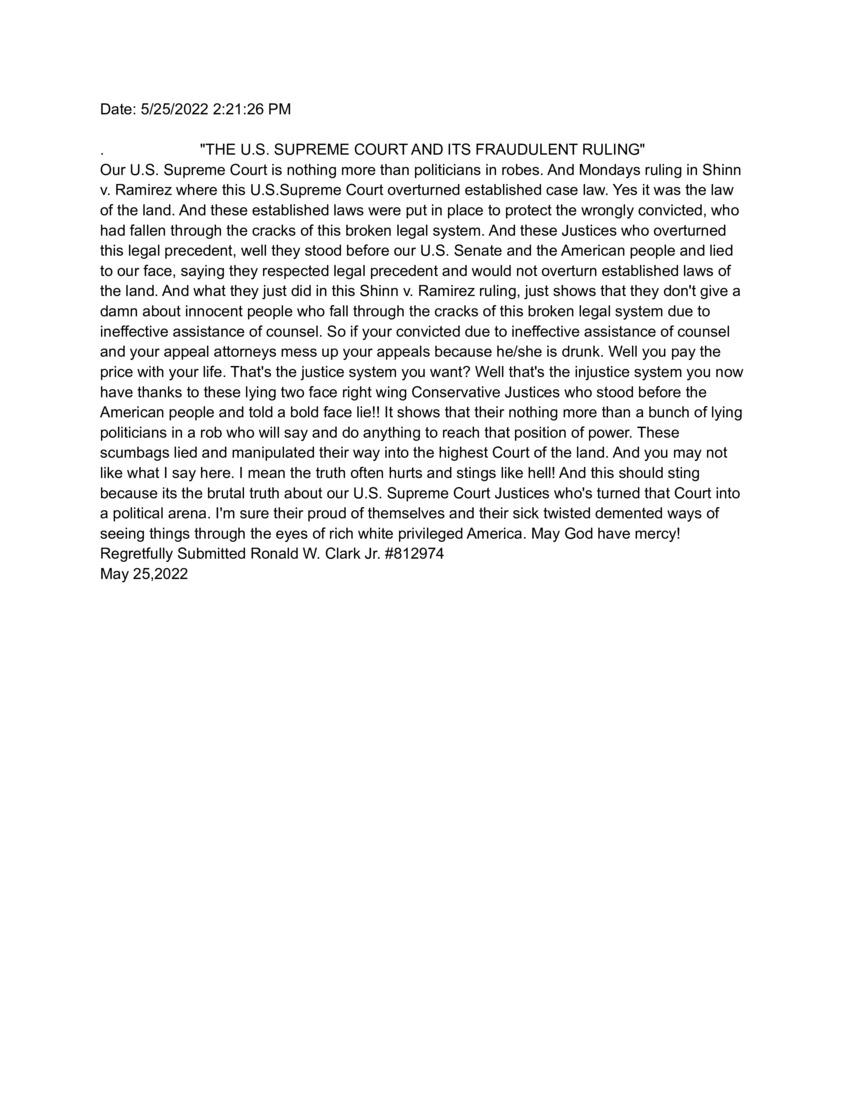 THE US SUPREME COURT AND ITS FRADULANT RULING

Our US Supreme Court is nothing more than politicians in robes. And Monday's ruling in Shinn v. Ramirez, this US Supreme Court overturned established case law. Yes, it was the law of the land. And these established laws were put in place to protect the wrongly convicted who had fallen through the cracks of this broken legal system.

And these Justices who overturned this legal precedent—well, they stood before our US senate and the American people and lied to our faces, saying they respected legal precedent and would not overturn established laws of the land.

And what they just did in this Shinn v. Ramirez ruling just shows that they don't give a damn about innocent people who fall through the cracks of this broken legal system due to ineffective assistance of counsel. So if you're convicted due to ineffective assistance of counsel and your appeal attorneys mess up your appeals because he/she is drunk, well, you have to pay the price with your life.

That's the justice system you want?

Well, that's the injustice system you now have thanks to these lying two-faced right wing Conservative Justices who stood before the American people and told a bold faced lie!

It shows that they're nothing more than a bunch of lying politicians in a robe who will say and do anything to reach that position of power. These scumbags lied and manipulated their way into the highest court of the land.

And you may not like what I say here. I mean, the truth often hurts and stings like hell! And this should sting because it's the brutal truth about our US Supreme Court Justices whose turned that court into a political arena. I'm sure they're proud of themselves and their sick, twisted, demented ways of seeing things through the eyes of rich white privileged America. May God have mercy!