To those of you who think you're having a bad month 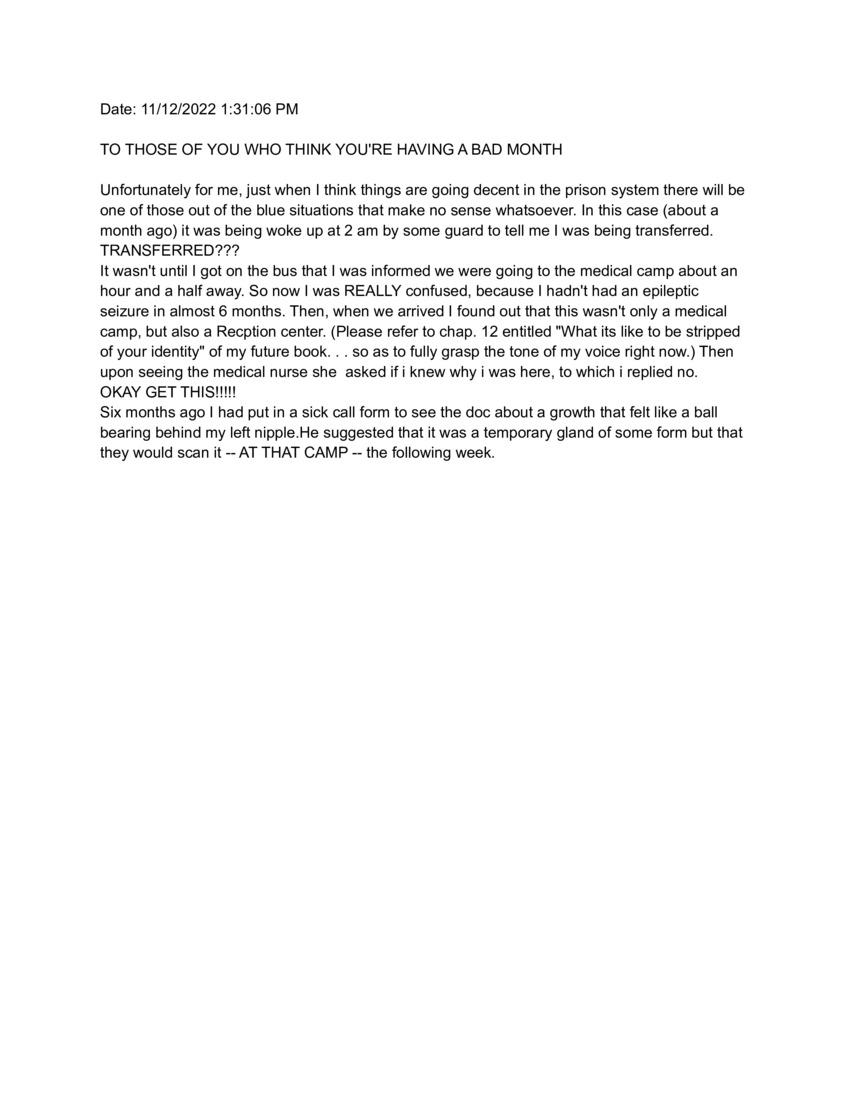 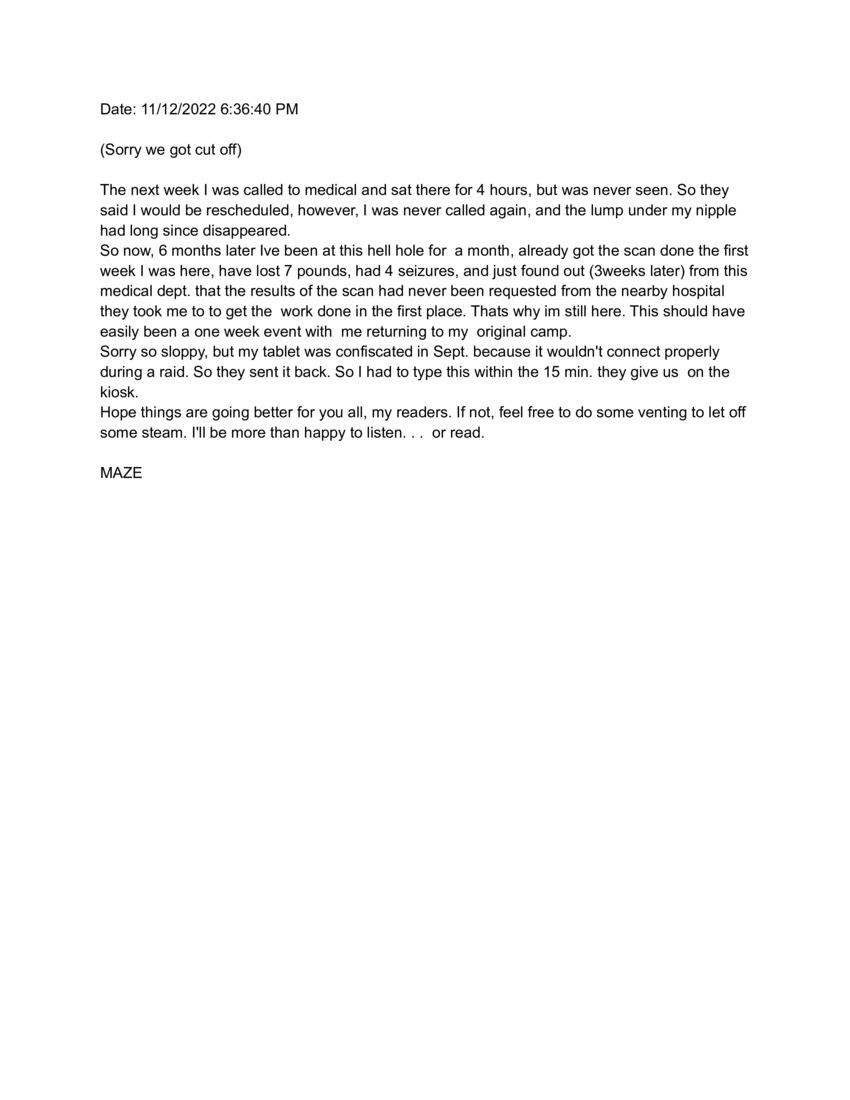 TO THOSE OF YOU WHO THINK YOU'RE HAVING A BAD MONTH

Unfortunately for me, just when I think things are going decent in the prison system there will be
one of those out of the blue situations that make no sense whatsoever. In this case (about a
month ago) it was being woke up at 2 am by some guard to tell me I was being transferred.
TRANSFERRED???
It wasn't until I got on the bus that I was we were going to the medical camp about an
hour and a half away. So now I was REALLY confused, because I hadn't had an epileptic
seizure in almost 6 months. Then, when we arrived I found out that this wasn't only a medical
camp, but also a Recption center. (Please refer to chap. 12 entitled "What its like to be stripped
of your identity" of my future book. . . so as to fully grasp the tone of my voice right now.) Then
upon seeing the medical nurse she asked if i knew why i was here, to which i replied no.
OKAY GET THIS!!!!!
Six months ago I had put in a sick call form to see the doc about a growth that felt like a ball
bearing behind my left nipple. He suggested that it was a temporary gland of some form but that
they would scan it - AT THAT CAMP - the following week.

(Sorry we got cut off)
The next week I was called to medical and sat there for 4 hours, but was never seen. So they
said I would be rescheduled, however, I was never called again, and the lump under my nipple
had long since disappeared.
So now, 6 months later Ive been at this hell hole for a month, already got the scan done the first
week I was here, have lost 7 pounds, had 4 seizures, and just found out (3weeks later) from this
medical dept. that the results of the scan had never been requested from the nearby hospital
they took me to to get the work done in the first place. Thats why im still here. This should have
easily been a one week event with me returning to my original camp.
Sorry so sloppy, but my tablet was confiscated in Sept. because it wouldn't connect properly
during a raid. So they sent it back. So I had to type this within the 15 min. they give us on the
kiosk.
Hope things are going better for you all, my readers. If not, feel free to do some venting to let off
some steam. I'll bemore than happy to listen. .. or read.