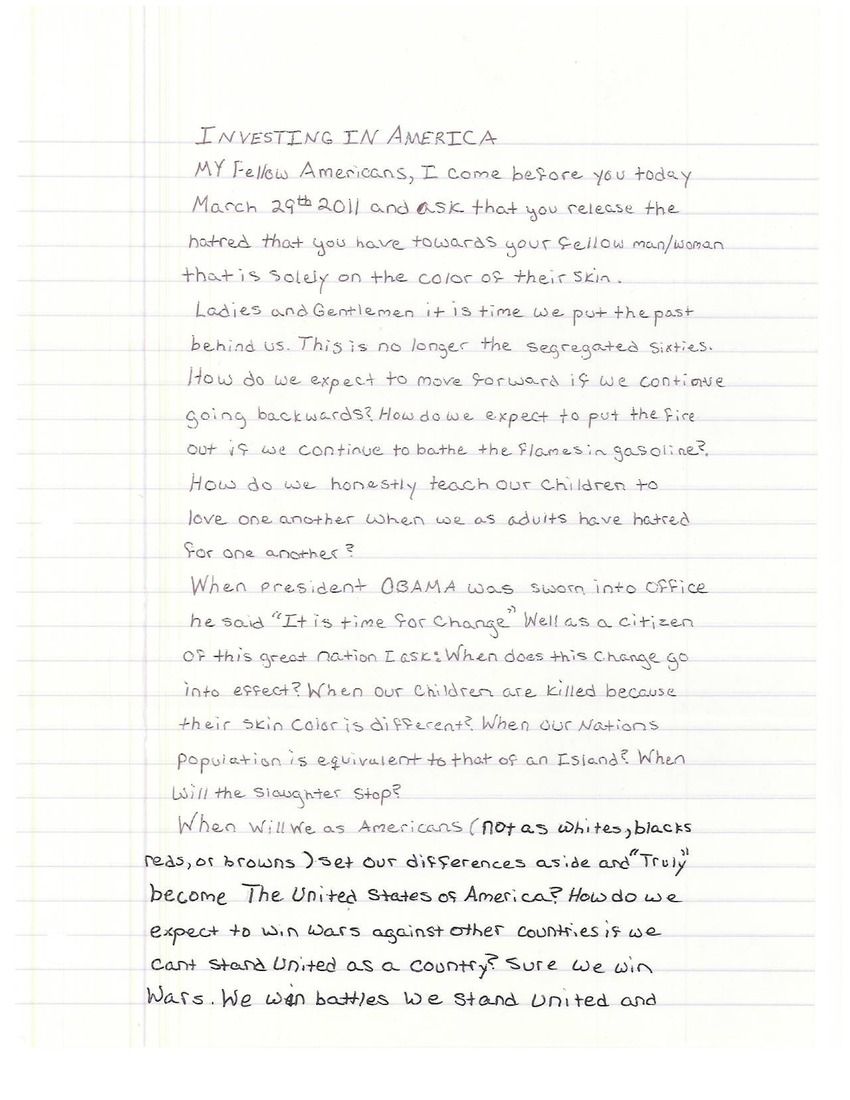 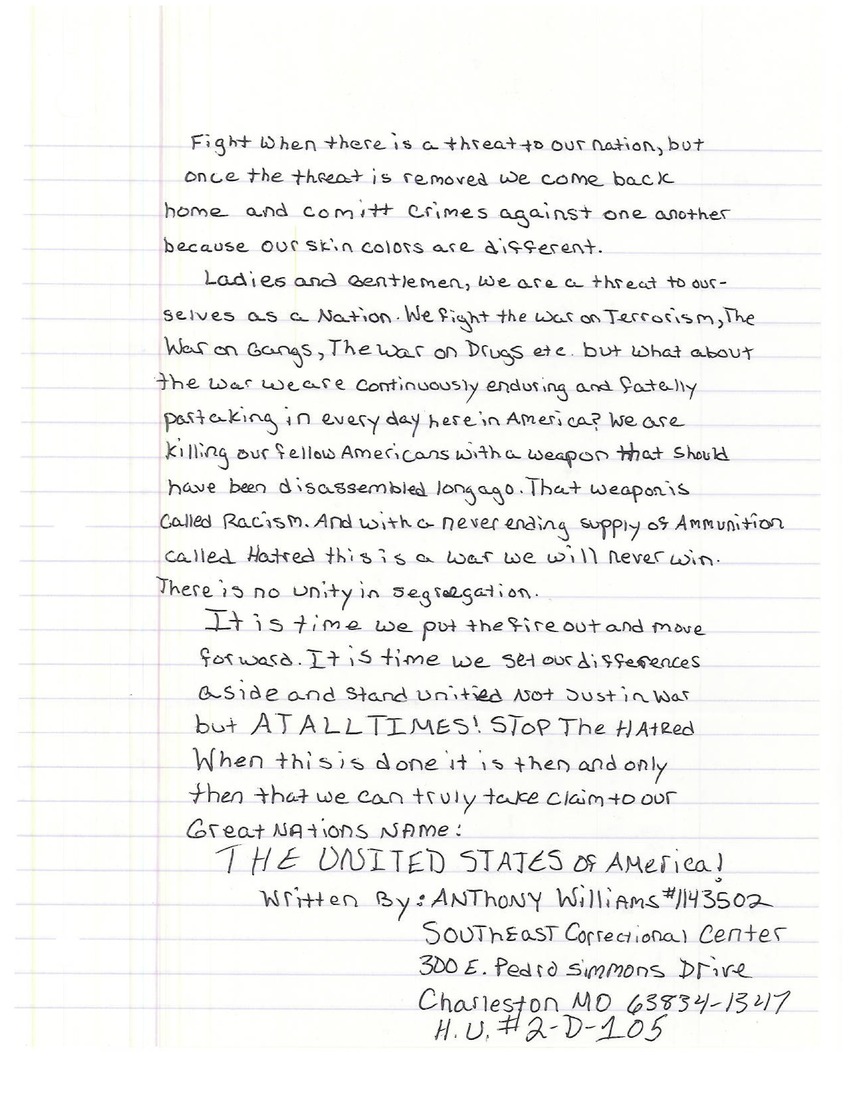 Investing In America
My Fellow Americans, I come before you today
March 29th 2011 and ask that you release the
hatred that you have towards your fellow man/woman
that is solely on the color of their skin.
Ladies and Gentlemen it is time we put the past
behind us. This is no longer the segregated sixties.
How do we expect to move forward if we continue
going backwards? How do we expect to put the fire
out if we continue to bathe the flames in gasoline?
How do we honestly teach our children to
love one another when we as adults have hatred
for on another?
When president OBAMA was sown into office
he said" It is time for change" Well as a citizen
of this great nation I ask: When does this change go
into effect? When our children are killed because
their skin color is different? When our nations
population is equivalent to that of an Island? When
will the slaughter stop?
When will we as Americans (not as whites, blacks,
reds, or browns) set our differences aside and "Truly"
become The United States of America? How do we
expect to win wars against other countries if we
can't stand united as a country? Sure we win
wars. We win battles we stand united and
fight when there is a threat to our nation, but
once the threat is removed we come back
home and commit crimes against one another
because our skin colors are different.

Ladies and Gentlemen, we are a threat to ourselves
as a nation. We fight the war on Terrorism, The
war on gangs, the war on drugs, ect. but what about
the war we are continuously enduring and fatally
partaking in everyday here in America? We are
killing our fellow Americans with a weapon that should
have been disassembled long ago. That weapon is
called racism. And with a never ending supply of Ammunition
called hatred this is a war we will never win.
There is no unity in segregation.

It is time we put the out and move
forward. It is time we set our differences
aside and stand united not just in war
but AT ALL TIMES! STOP The hatred
When this is down it is then and only
then that we can truly take claim to our
GREAT NATIONS NAME:
THE UNITED STATES OF AMERICA!
Written by: Anthony Williams #1143502
Southeast correctional center
300 E. Pedrosimmons Drive
Charleston MO 63834-1347
H.U. # 2-D-105