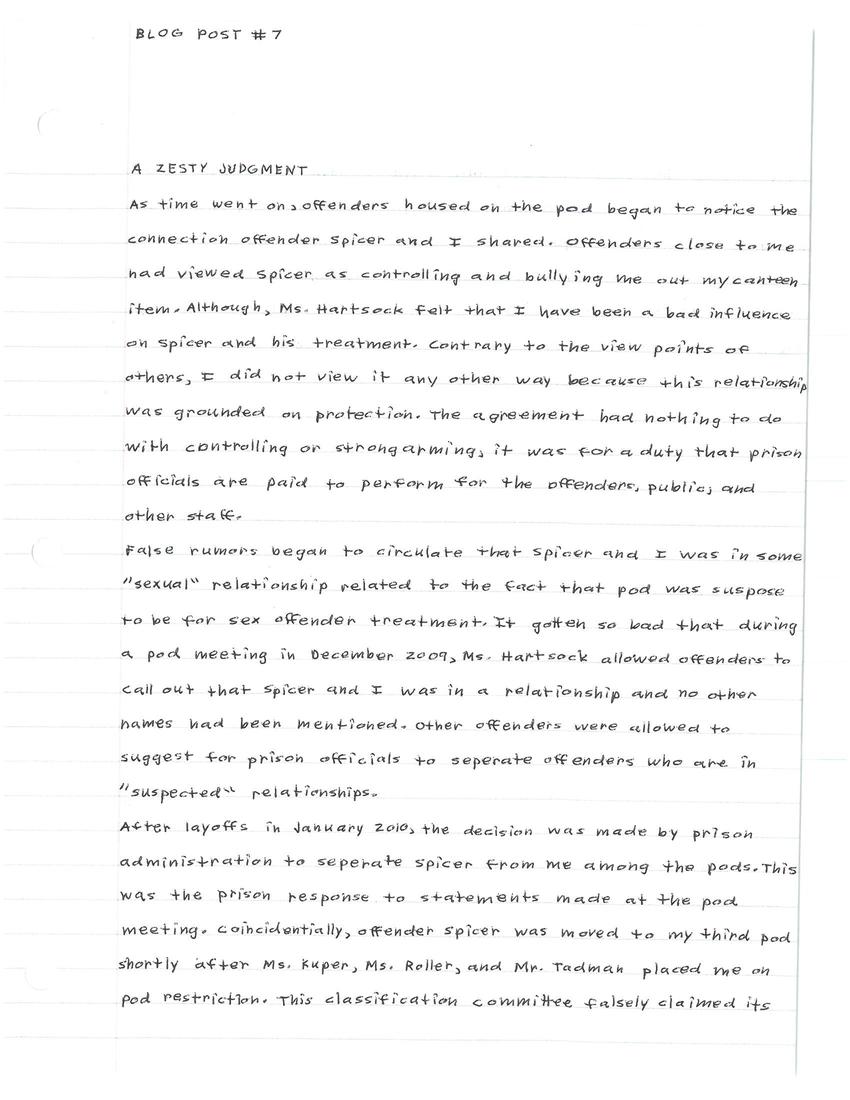 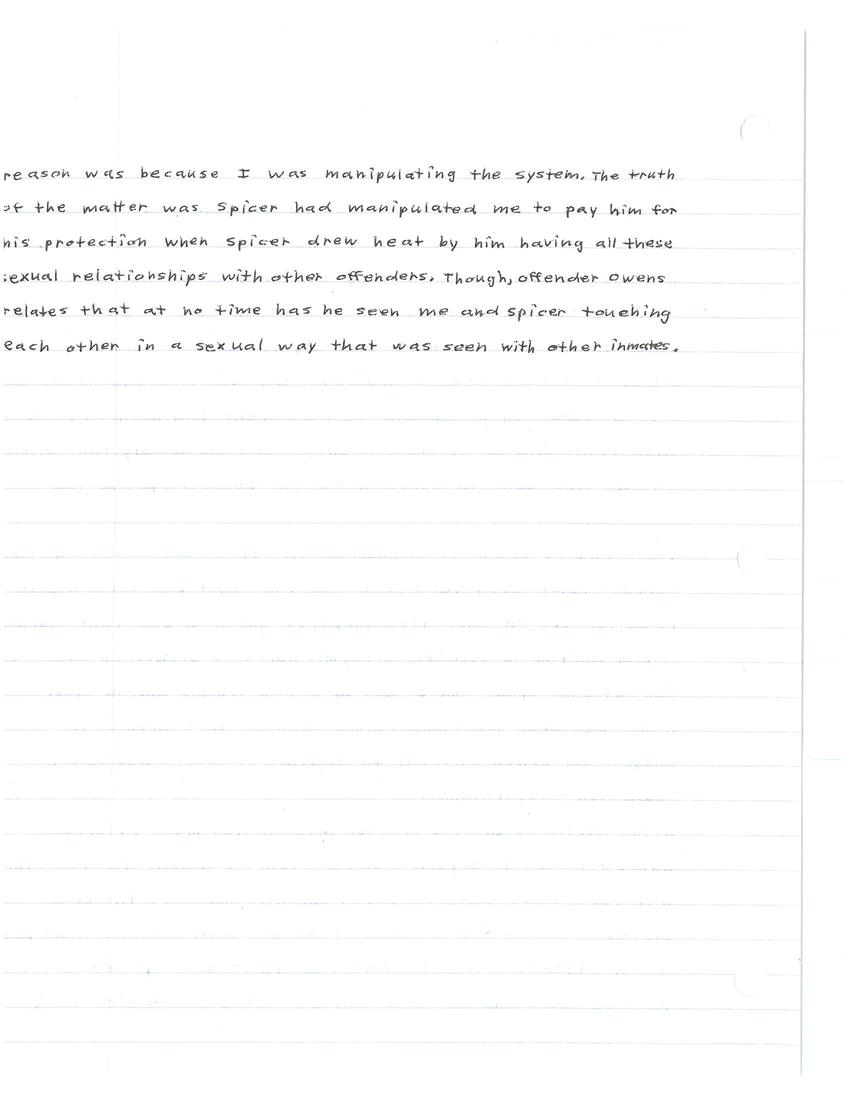 As time went on, offenders housed in the pod began to notice the connection offender Spicer and I shared. Offenders close to me had viewed Spicer as controlling and bullyine me out of my canteen item. Although Ms. Hartsock felt that I had been a bad influence on Spicer and his treatment. Contrary to the viewpoints of others, I did not view it any other way because this relationship was grounded on protection. The agreement had nothing to do with controlling or strongarming; it was for a duty that prison officials are paid to perform for the offenders, public, and other staff.

After layoffs in January 2010, the decision was made by prison administration to separate Spicer from me among the pods. This was the prison's response to statements made at the pod meeting. Coincidentally, offender Spicer was moved to my third pod shortly after Ms. Kuper, Ms. Roller, and Mr. Tadman placed me on pod restriction. This classification committee falsely claimed its reason was because I was manipulating the system. The truth of the matter was Spicer had manipulated me to pay him for his protection when Spicer drew heat by him having all of these sexual relationships with other offenders. Though offender Owens relates that at no time has he seen me and Spicer touching each other in a sexual way that was seen with other inmates.