to Family, Friends, And Comrades 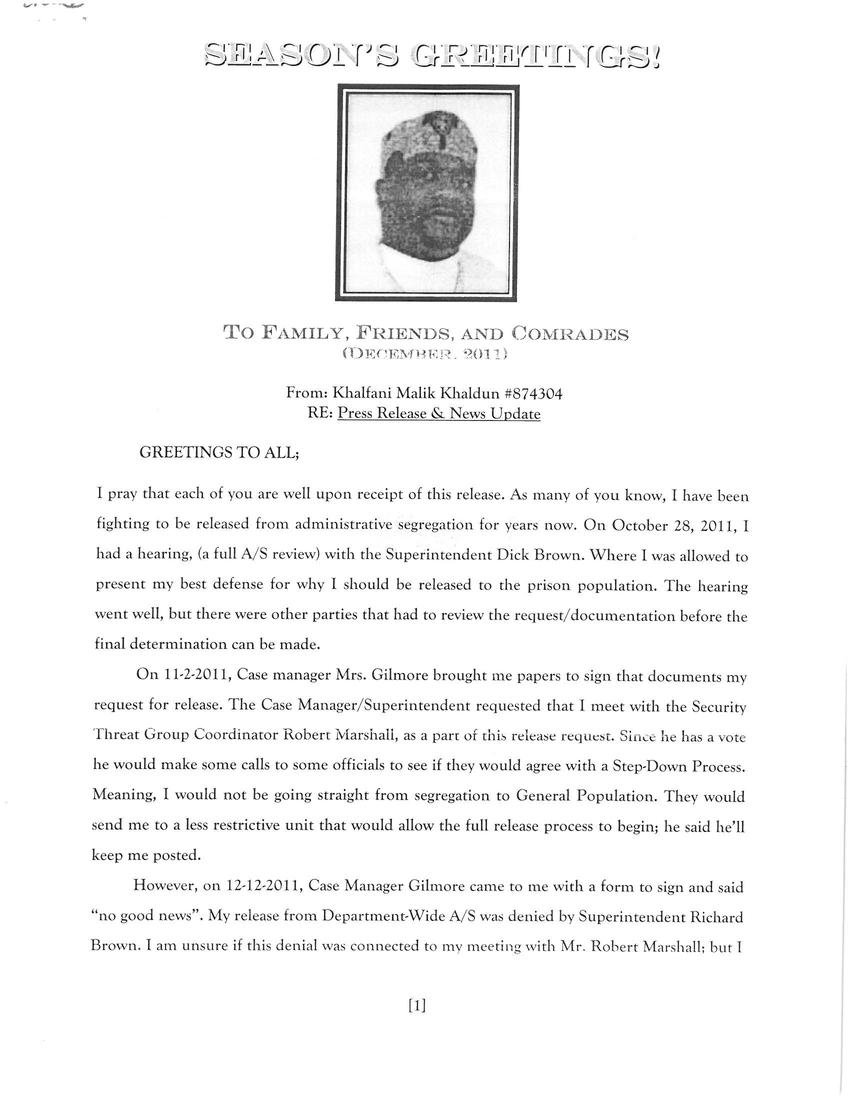 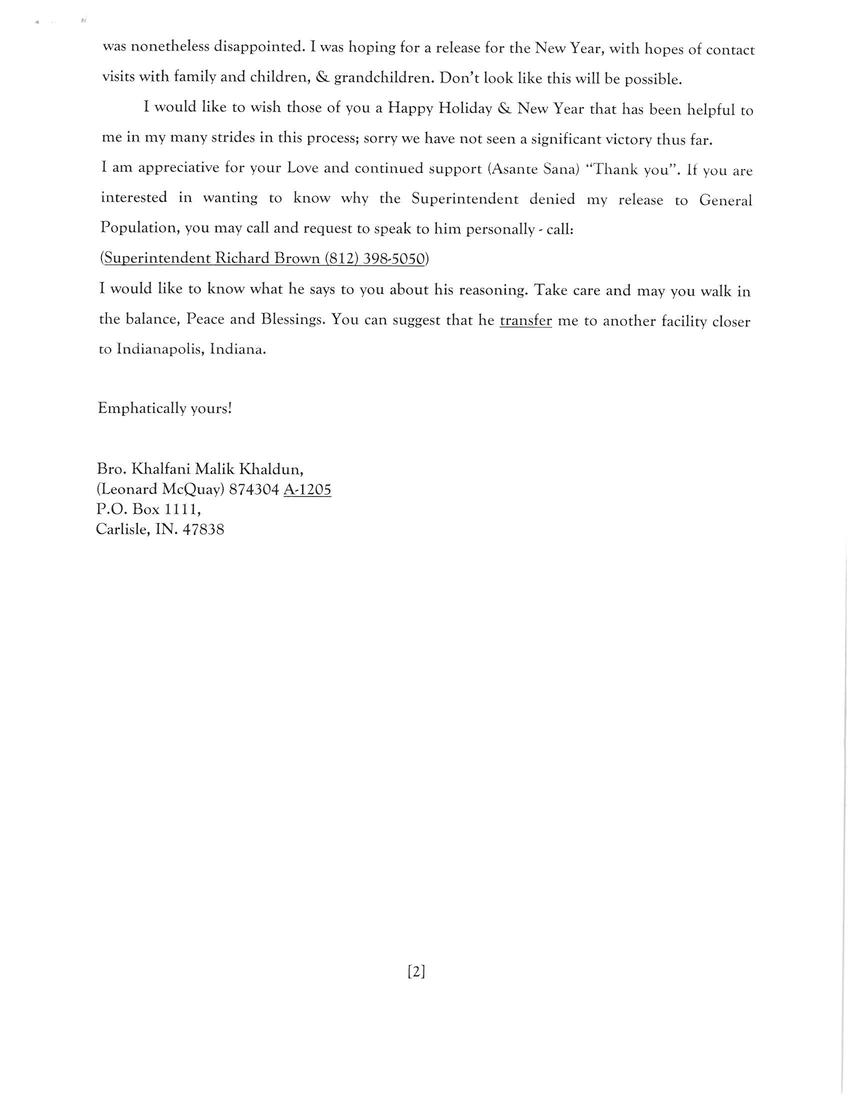 TO FAMILY, FRIENDS AND COMRADES
(DECEMBER, 2011)

I pray that each of you are well upon receipt of this release. As many of you know, I have been fighting to be released from administrative segregation for years now. On October 28, 2011, I had a hearing, (a full A/S review) with the Superintendent Dick Brown. Where I was allowed to present my best defense for why I should be released to the prison population. The hearing went well, but there were other parties that had to review the request/documentation before the final determination can be made.
On 11-2-2011, Case manager Mrs. Gilmore brought me papers to sign that documents my request for release. The Case Manager/Superintendent requested that I meet with the Security Threat Group Coordinator Robert Marshall, as a part of this release request. Since he has a vote he would make some calls to some officials to see if they would agree with a Step-Down Process. Meaning, I would not be going straight from segregation to General Population. They would send me to a less restrictive unit that would allow the full release process to begin; he said he'll keep me posted.

However, on 12-12-2011, Case Manager Gilmore came to me with a form to sign and said "no good news". My release from Department-Wide A/S was denied by Superintendent Richard Brown. I am unsure if this denial was connected to my meeting with Mr. Robert Marshall; but I was nonetheless disappointed. I was hoping for a release for the New Year, with hope of contact visits with family and children, & grandchildren. Don't look like this will be possible.

I would like to wish those of you a Happy Holiday & New Year that has been helpful to me in my many strides in this process; sorry we have not seen a significant victory thus far. I am appreciative for your Love and continued support (Asante Sana) "Thank you". If you are interested in wanting to know why the Superintendent denied my release to Genereal Population, you may call and request to speak to him personally - call:
(Superintendent Richard Brown (812) 398-5050)
I would like to know what he says to you about his reasoning. Take care and may you walk in the balance, Peace and Blessings. You suggest that he transfer me to another facility closer to Indianapolis, Indiana.