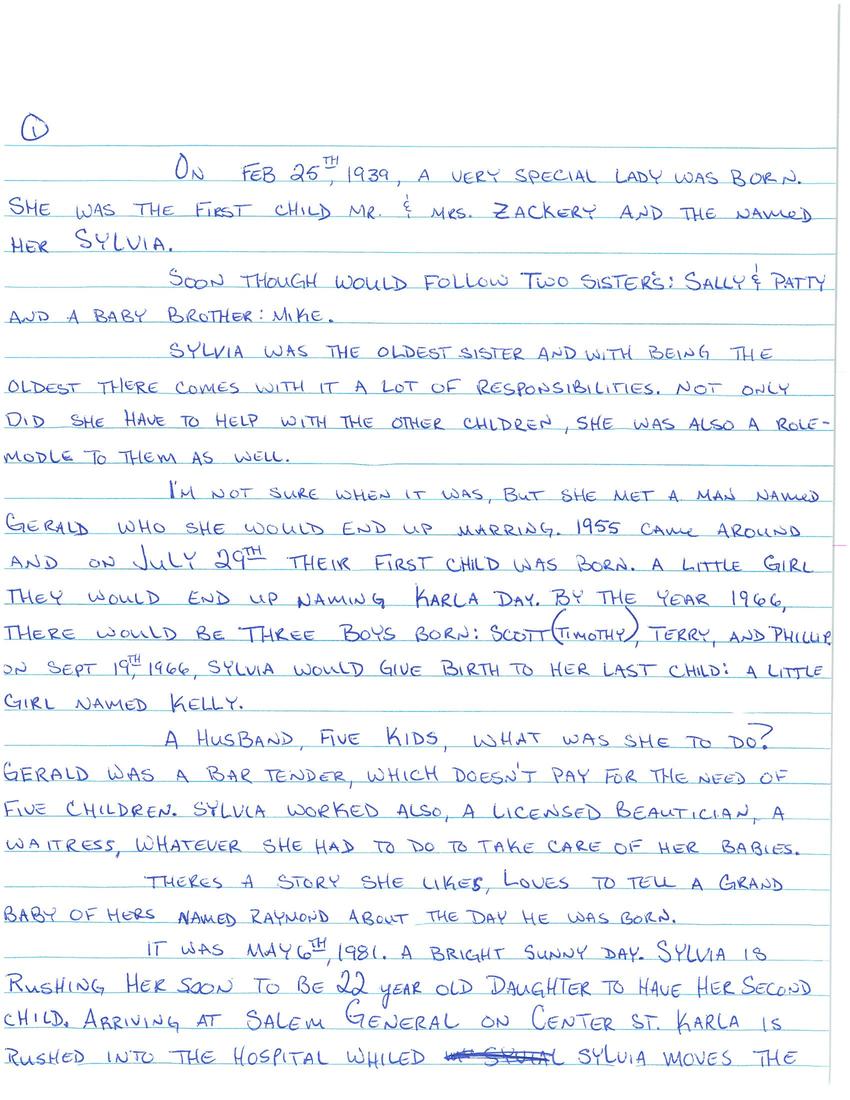 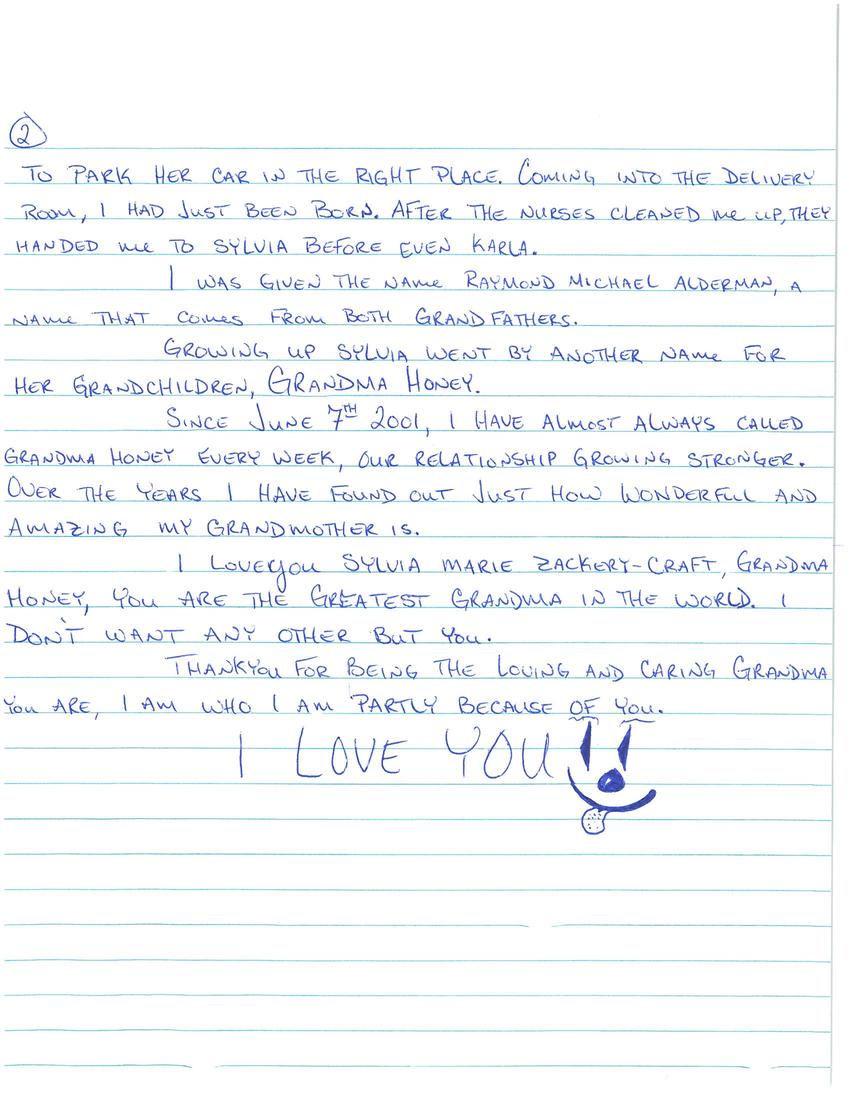 On Feb 25th, 1939, a very special lady was born. She was the first child of Mr and Mrs Zackery and they named her Sylvia.

Soon though would follow two sisters: Sally and Patty and a baby brother: Mike.

Sylvia was the oldest sister and with being the oldest there comes with it a lot of responsibilities. Not only did she have to help with the other children, she was also a role model to them as well.

I'm not sure when it was, but she met a man named Gerald who she would end up marrying. 1955 came around and on July 29th their first child was born. A little girl they would end up naming Karla Day. By the year 1966, there would be three boys born: Scott (Timothy), Terry, and Phillip. On Sept 19th, 1966, Sylvia would give birth to her last child: A little girl named Kelly.

A husband, five kids, what was she to do? Gerald was a bar tender, which doesn't pay for the need of five children. Sylvia worked also, a licensd beautician, a waitress, whatever she had to do to take cre of her babies.

There's a story she likes, loves to tell a grand baby of hers named Raymond about the day he was born.

It was May 6th, 1981. A brigh sunny day. Sylvia is rushing her soon to be 22 year old daughter to have her second child. Arriving at Salem General on Center St Karla is rushed into the Hospital while Sylvia moves the to park her car in the right place. Coming into the delivery room, I had just been born. After the nurses cleaned me up, they handed me to Sylvia before even Karla.

I was given the name Raymond Michael Alderman, a name that comes from both grandfathers.

Growing up Sylvia went by another name for her grandchildren, Grandma Honey.

Since June 7th 2001, I have almost always called Grandma Honey every week, our relationship growing stronger. Over the years I have found out just how wonderful and amazing my Grandmother is.

I love you Sylvia Marie Zackery-Craft, Grandma honey, you are the greatest Grandma in the world. I don't want any other but you.

Thank you for being the loving and caring Grandma you are, I am who I am partly because of you.

Thanks for writing! I finished the transcription for your post.
I know it's you Ray. You have told me part of this story. It is still as touching. I am so happy that you share your love with her all around the world this way.