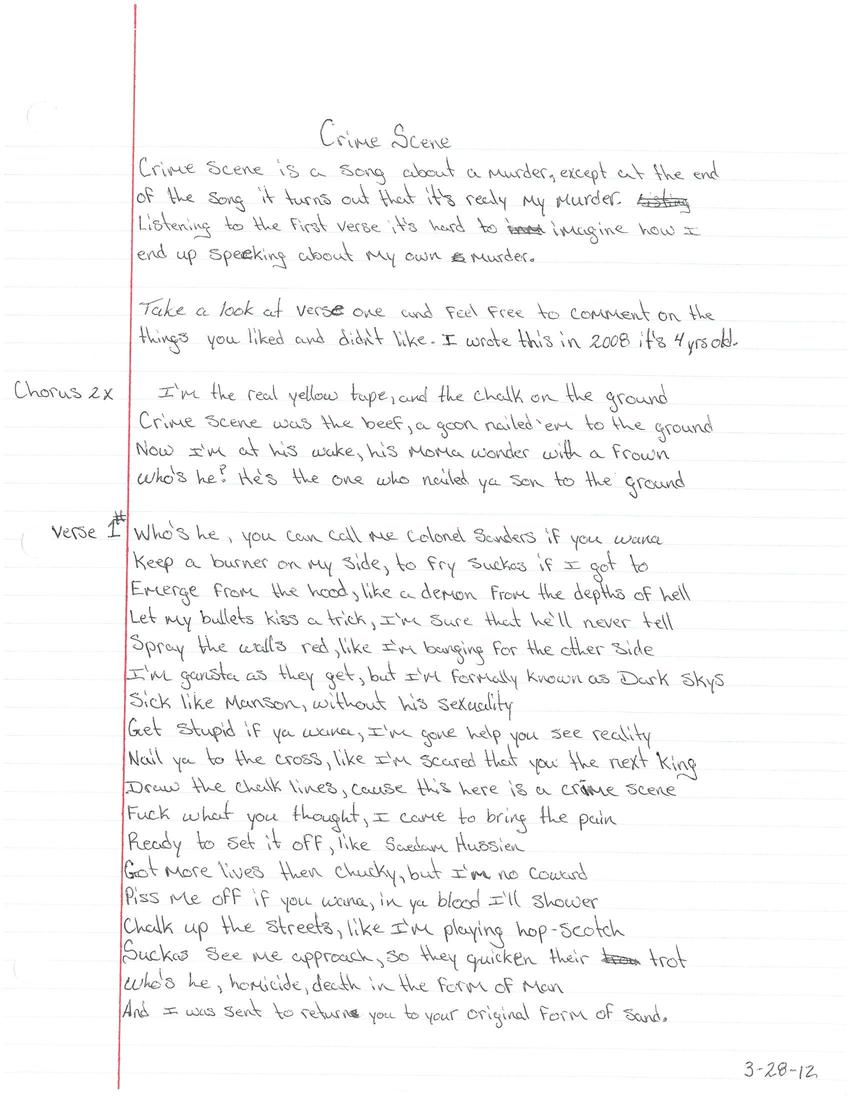 Crime Scene is a song about a murder, except at the end
of the song it turns out that it's really my murder.
Listening to the first verse it's hard to imagine how I
end up speaking about my own murder.

Take a look at verse one and feel free to comment on the
things you liked and didn't like. I wrote this in 2008 it's 4 years old.

I'm the real yellow tape, and the chalk on the ground
Crime Scene was the beef, a goon nailed em to the ground
Now I'm at his wake, his moma wonder with a frown
who's he? He's the one who nailed ya son to the ground

Who's he, you can call me colonel sanders if you wana
keep a burner on my side, to fry suckos if I got to
emerge from the hood, like a demon from the depths of hell
Let my bullets kiss a trick, I'm sure that he'll never tell
Spray the walls red, like I'm banging for the other side
I'm gansta as they get, but I'm formally known as Dark Skys
Sick like manson, without his sexuality
Get stupid if ya wana, I'm gone help you see reality
nail ya to the cross, like I'm scared that you the next king
Draw the chalk lines, cause this here is a crime scene
Fuck what you thought, I come to bring the pain
Ready to set it off, like Saedam Hussien
Got more lives then chucky, but I'm no coward
Piss me off if you wana, in ya blood I'll shower
Chalk up the streets, like i'm playing hop-scotch
Suckas see me approach, so they quicken their trot
Who's he, homicide, death in the form of man
And I was sent to return you to your original form of sand.