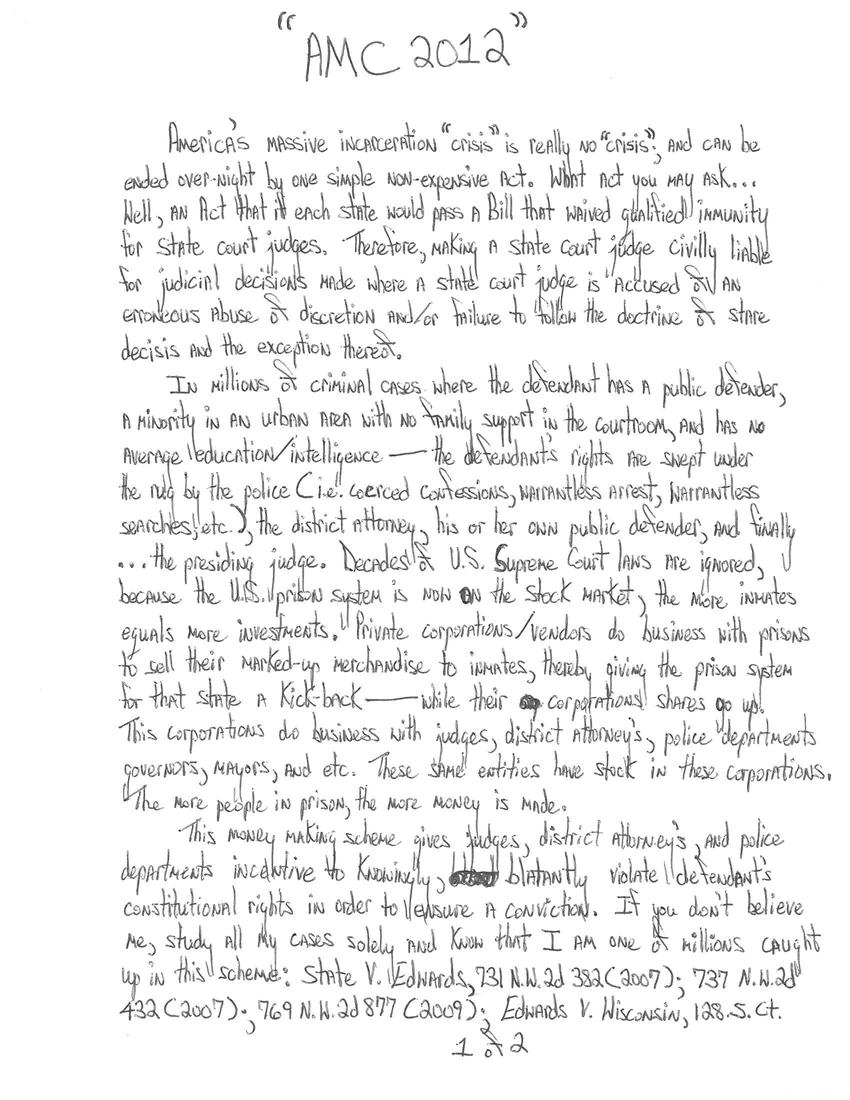 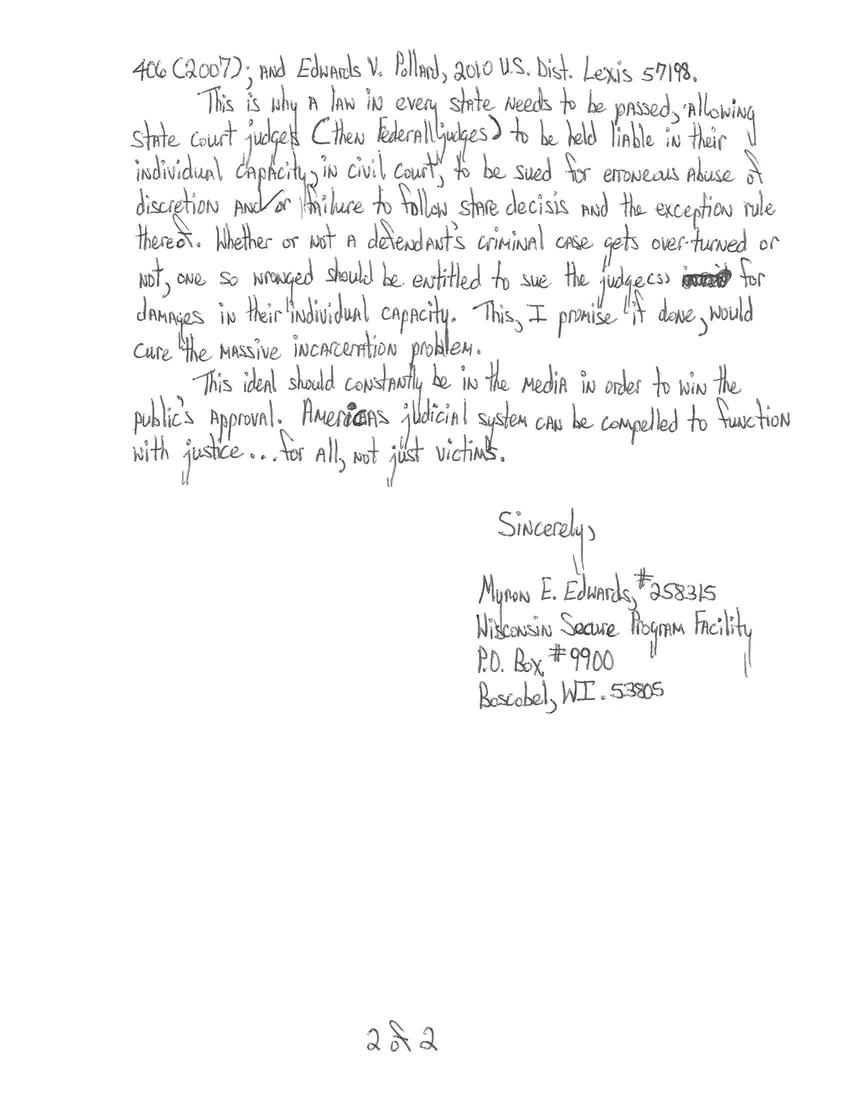 America's massive incarceration "crisis" is really no "crisis"; and can be ended overnight by one simple non-expensive act. What act you may ask... well, an act that if each state would pass a bill that waived qualified immunity for state court judges. Therefore, making a state court judge civilly liable for judicial decisions made where a state court judge is accused of an erroneous abuse of discretion and/or failure to follow the doctrine of stare decisis and the exception thereof.

In millions of criminal cases where the defendant has a public defender, a minority in an urban are with no family support in the courtroom, and has no average education/intelligence -- the defendants' rights are swept under the rug by the police (i.e. coerced confessions, warrantless arrest, warrantless searches, etc.) the district attorney, his or her own public defender, and finally... the presiding judge. Decades of U.S. Supreme Court laws are ignored, because the U.S. prison system is now on the stock market, the more inmates equals more investments. Private corporations/vendors do business with prisons to sell their marked-up merchandise to inmates, thereby giving the prison system for that state a kick-back -- while their corporation's shares go up. These corporations do business with judges, district attorneys, police department governors, mayors, etc. These same entities have stock in these corporations. The more people in prison, the more money is made.

This is why a law in every state needs to be passed, allowing state court judges (then Federal judges) o be held liable in their individual capacity, in civil court, to be sued for erroneous abuse of discretion and/or failure to follow stare decisis and the exception rule thereof. Whether or not a defendant's criminal case gets overturned or not, one so wronged should be entitled to sue the judge(s) for damages in their individual capacity. This, I promise of done, would cure the massive incarceration problem.

This ideal should constantly be in the media in order to win the public's approval. America's judicial system can be compelled to function with justice... for all, not just victims.