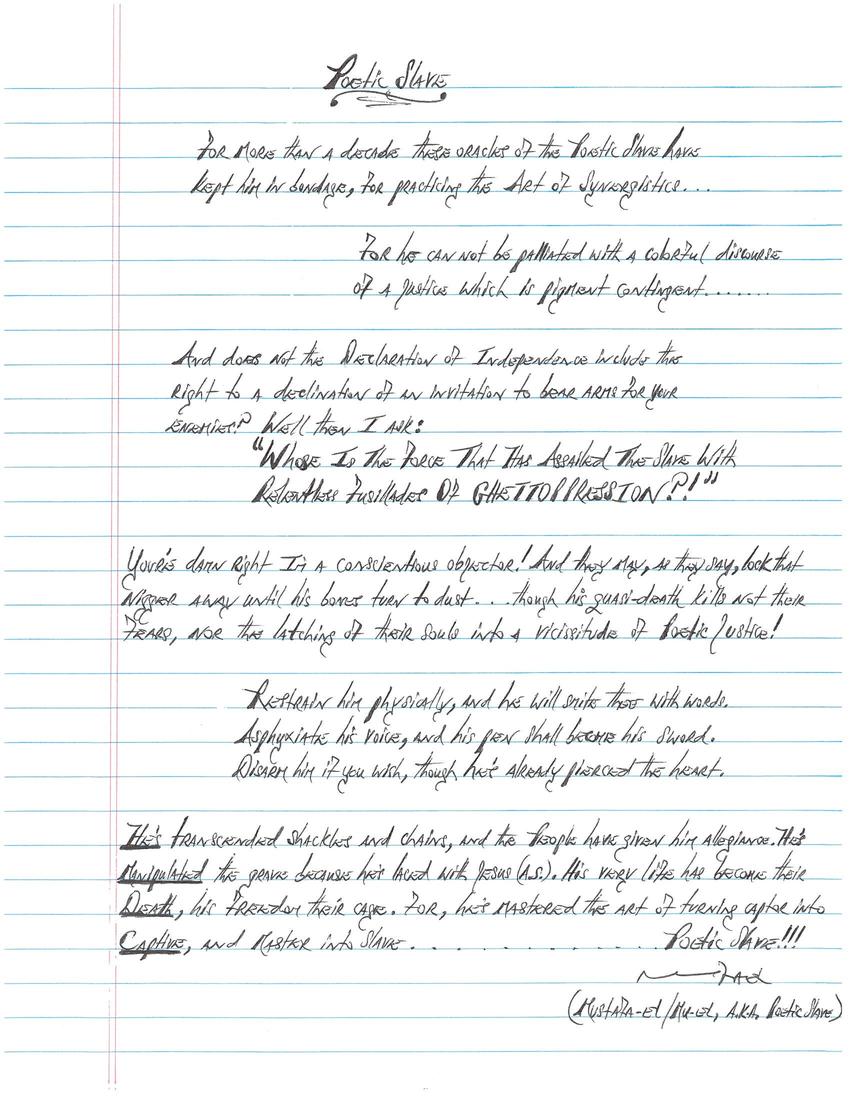 For more than a decade these oracles of the poetic slave have
kept him in bondage, for practicing the art of synerglistice

And does not the Declaration of Independence include that
right to a declination of an invitation to bear arms for your
enemies? Well, then I ask:

"Whose is the force that the assailed the slave with
relentless fusillades of ghettoppression?!"

You're damn right it's a conscientious obstacle! And they may, as they say, lock that
nigger away until his bones turn to dust... though his quasi-death kills not their
traps, nor the latching of their souls into a vicissitude of poetic justice!

Restrain him physically, and he will smite these with words
Asphyxiate his value, and his pen shall become his sword
Disarm him if you wish, though he's already pierced the heart

He's transcended shackles and chains, and the people have given him allegiance.
He's manipulated the grave because he's laced with Jesus (AS). His very life has become their
death, his freedom their cage. For he's mastered the art of turning captor into
captive, and master into slave