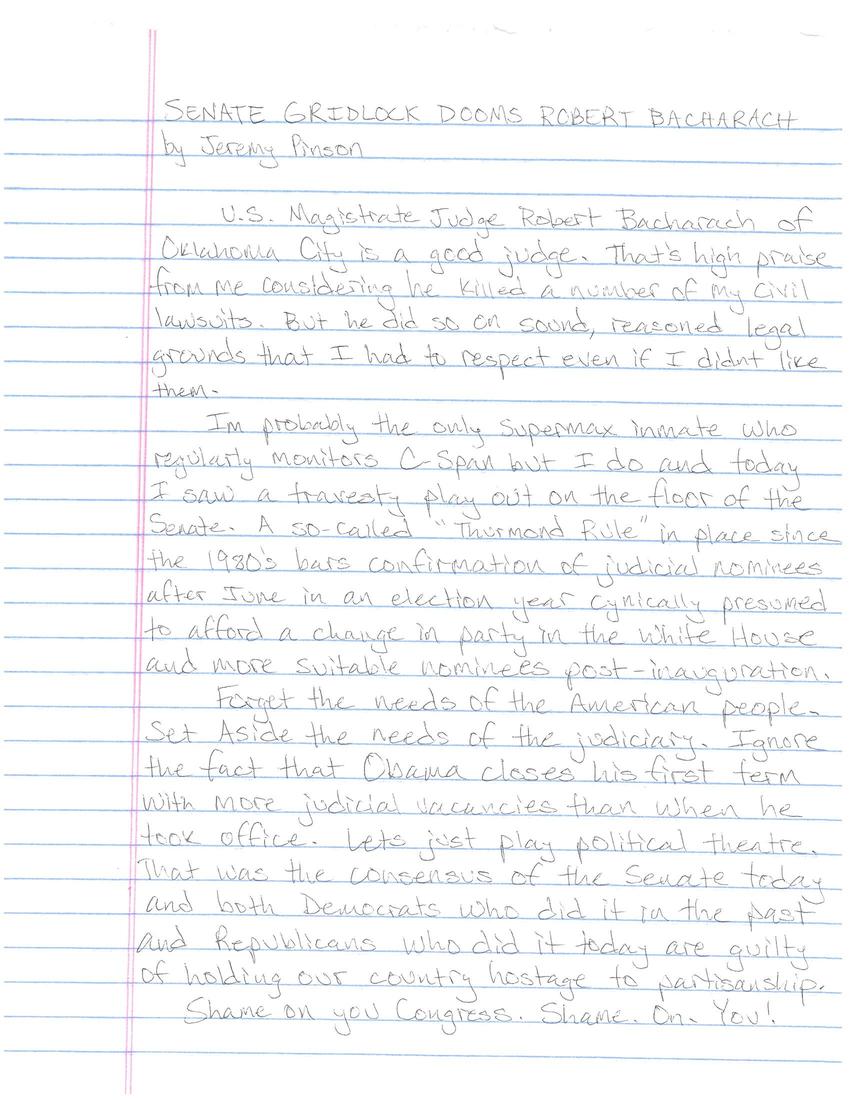 U.S Magistrate Judge Robert Bacharach of Oklahoma City is a good judge. That's high praise from me considering he killed a number of my civil lawsuits. But he did so on sound, reasoned legal grounds that I had to resepct even if I didn't like them.

I'm probably the only supermax inmate who regularly monitors C span but I do and today I saw a travesty play out on the floor of the senate. A so-called "Thurmond Rule" in place since the 1980's bars confirmation of judical nominees after June in an elcetion year cynically presumed to afford a change in party in the White House and more suitable nominees post-inauguration.

Forget the needs of the American people. Set aside the needs of the judiciary. Ignore the fact that Obama closes his first term with more judicial vacancies than when he took office. Lets just play political theatre. That was the consensus of the senate today and both Democrats who did it in the past and republicans who did it today are guilty of holding our country hostage to partnership.

Shame on you Congress. Shame. On You!