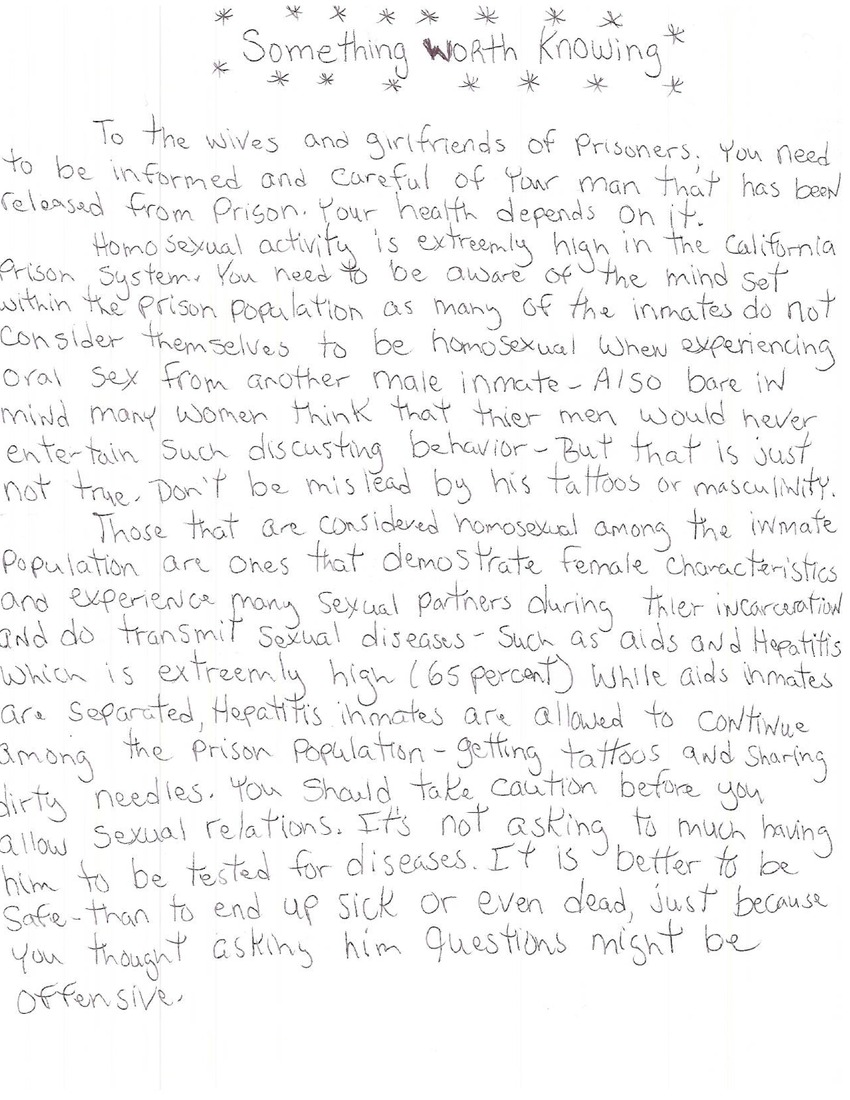 To the wives and girlfriends of prisoners: you need to be informed and careful of your man who has been released from prison. Your health depends on it.

Homosexual activity is extremely high in the California prison system. You need to be aware of the mindset within the prison population, as many of the inmates do not consider themselves to be homosexual when experiencing oral sex from another male inmate. Also, bear in mind, many women think that their men would never entertain such disgusting behavior. But that is just not true. Don't be misled by his tattoos or masculinity.

Those who are considered homosexual among the inmate population are ones who demonstrate feminine characteristics and experience many sexual partners during their incarceration; they transmit sexual diseases such as AIDS and hepatitis, which is extremely high (65%). While AIDS inmates are separated, hepatitis inmates are allowed to be among the prison population, getting tattoos and sharing dirty needles.

You should take caution before you allow sexual relations. It's not asking too much to have him tested for diseases. It is better to be safe than to end up sick or even dead, just because you thought asking him questions might be offensive.