The Next Phase of History 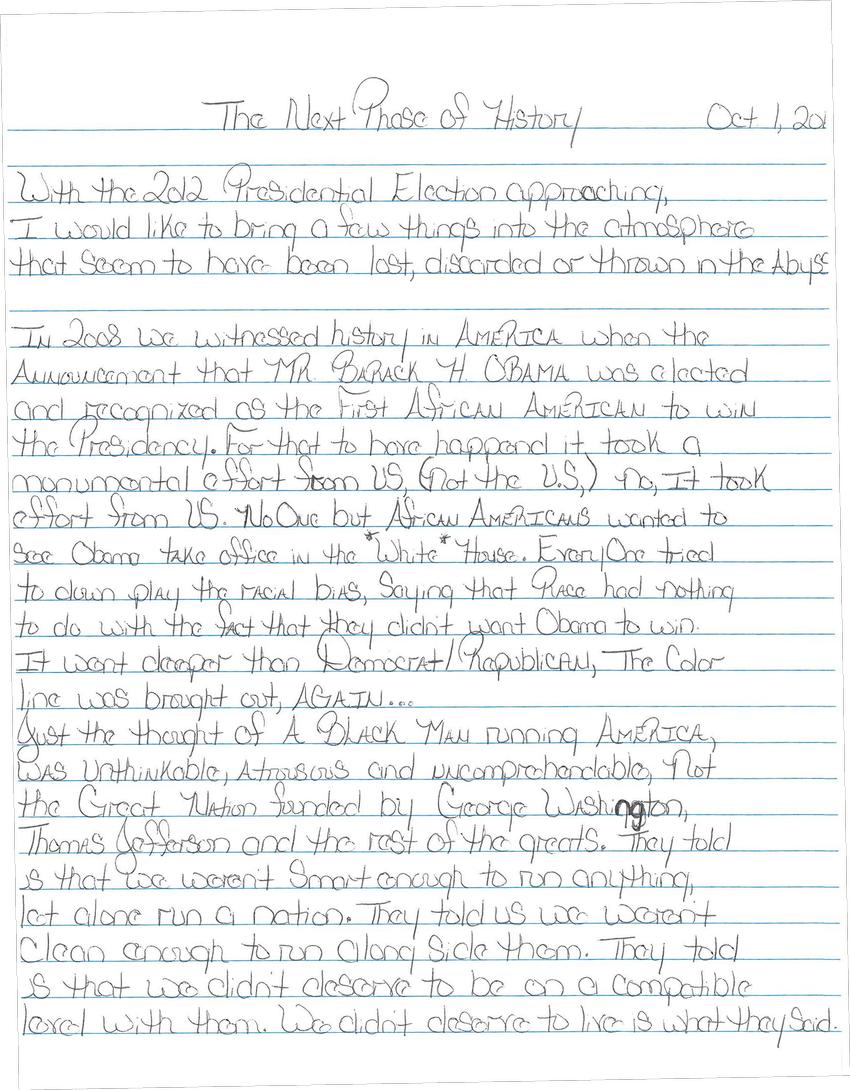 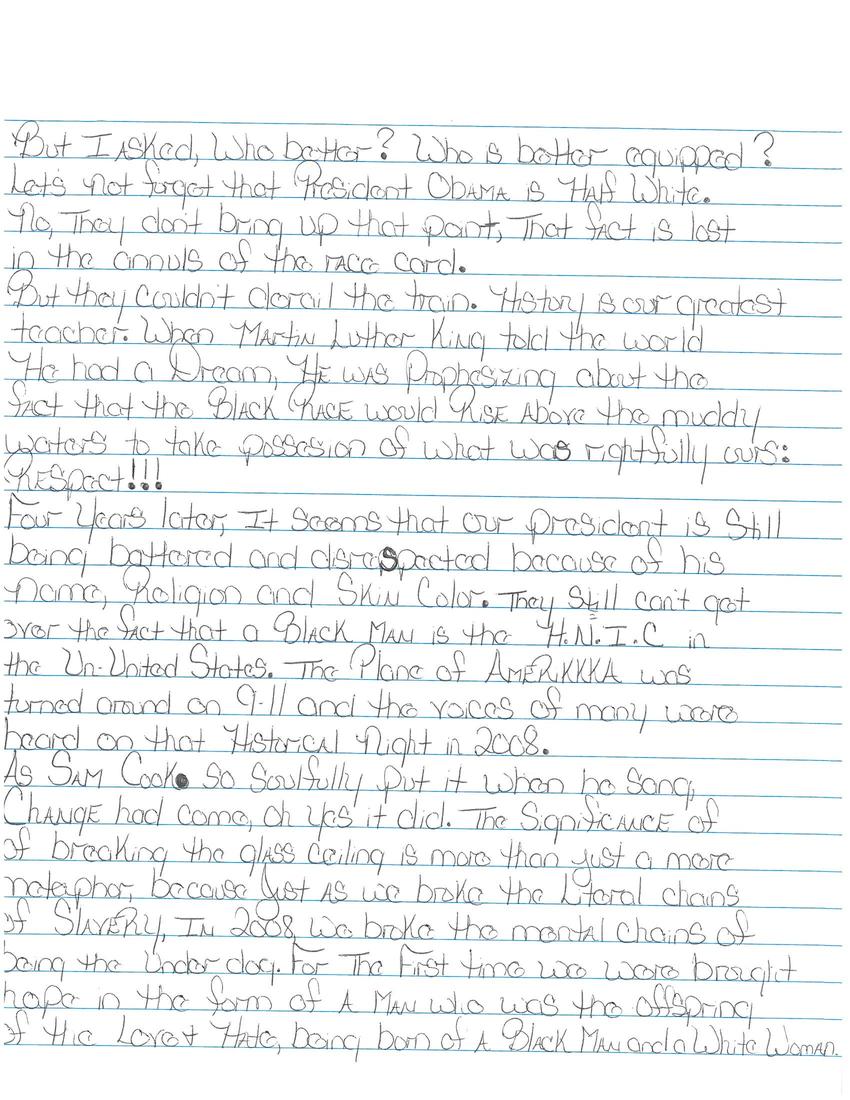 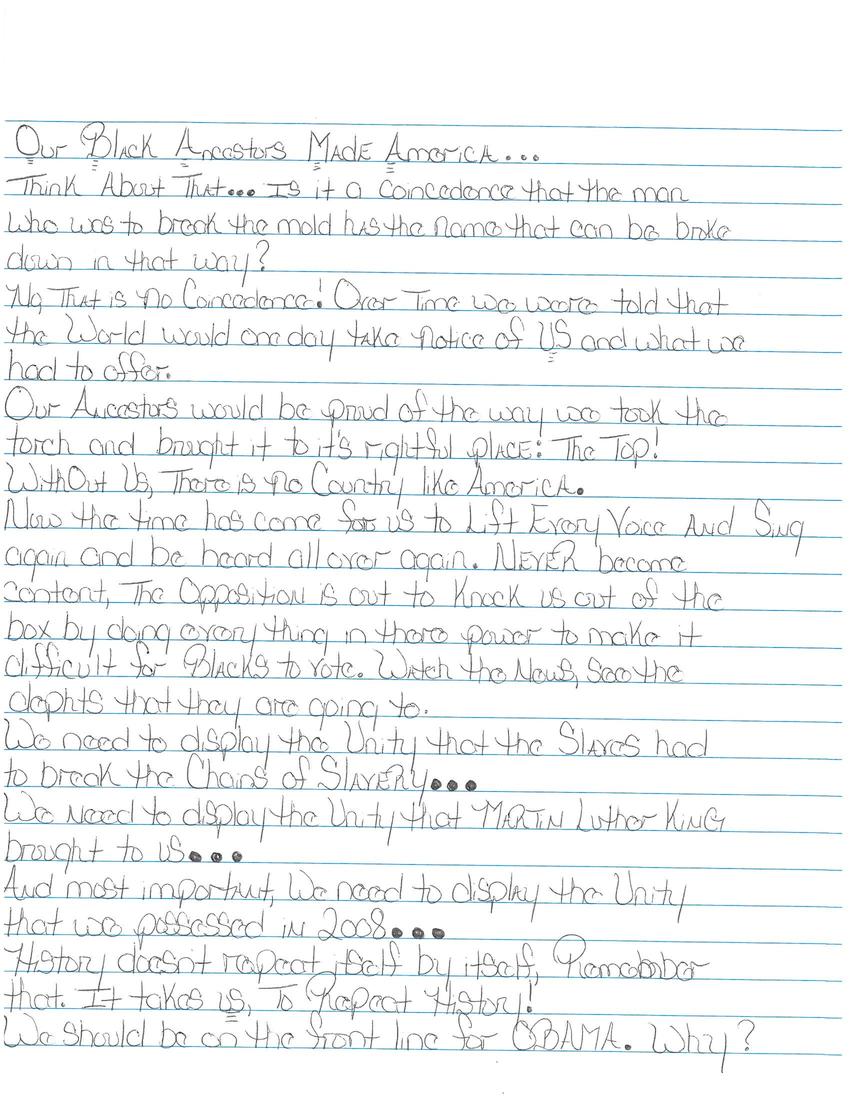 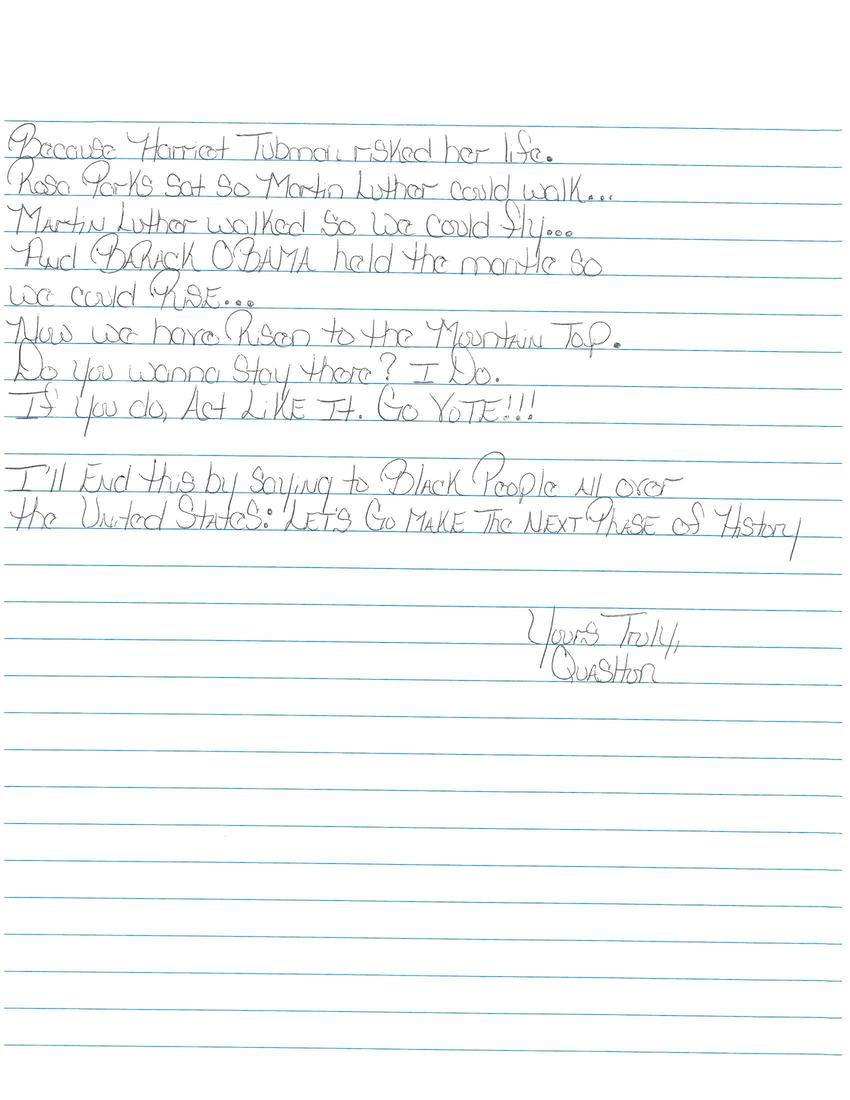 With the 2012 Presidential Election approaching, I would like to bring a few things into the atmosphere that seem to have been lost, discarded or thrown in the abyss.

In 2008 we witnessed history in American when the announcement that Mr. Barack H. Obama was elected and recognized as the first African American to win the Presidency. For that to have happened it took a monumental effort from US (not the U.S.), no, it took effort from US. No one but African Americans wanted to see Obama take office in the WHITE House. Everyone tried to downplay the racial bias, saying that race had nothing to do with the fact that they didn't want Obama to win. It went deeper than Democrat/Republican, the color line was brought out, AGAIN...

But I asked, who better? Who is better equipped? Let's not forget that President Obama is half white. No, they don't bring up that point, that fact is lost in the annals of the race card.

But they couldn't derail the train. History is our greatest teacher. When Martin Luther King told the world He Had A Dream, he was prophesizing about the fact that the black race would rise above the muddy waters to take possession of what was rightfully ours: Respect!!!

Four years later, it seems that our president is still being battered and disrespected because of his name, religion and skin color. They still can't get over the fact that a black man is the HNIC in the Un-United States. The plane of AmeriKKKa was turned around on 9-11 and the voices of many were heard on that historical night in 2008.

As Sam Cook so soulfully put it when he sang, Change had come, oh yes it did. The significance of breaking the glass ceiling is more than just a mere metaphor because just as we broke the literal chains of slavery, in 2008, we broke the mental chains of being the underdog. For the first time we were brought hope in the form of a man who was the offspring of the love + hate, being born of a black man and a white woman.

Think about that... is it a coincidence that the man who was to break the mold has the name that can be broke down in that way?

No, that is no coincidence! Over time we were told that the world would one day take notice of US and what we had to offer.

Our ancestors would be proud of the way we took the torch and brought it to its rightful place: the top!

Now the time has come for us to lift every voice and sing again and be heard all over again. Never become content, the opposition is out to knock us out of the box by doing everything in their power to make it difficult for blacks to vote. Watch the news, see the depths that they are going to.

We need to display the unity that the slaves had to break the chains of slavery...

We need to display the unity that Martin Luther King brought to us...

And most important, we need to display the unity that we possessed in 2008...

History doesn't repeat itself by itself, remember that. It takes US, to repeat history!

We should be on the front line for OBAMA. Why?

Because Harriet Tubman risked her life.

Martin Luther walked so we could fly...

And BARACK OBAMA held the mantle so we could RISE...

Now we have risen to the mountain top.

Do you wanna stay there? I do.

I'll end this by saying to black people all over the United States: Let's go make the next phase of history.