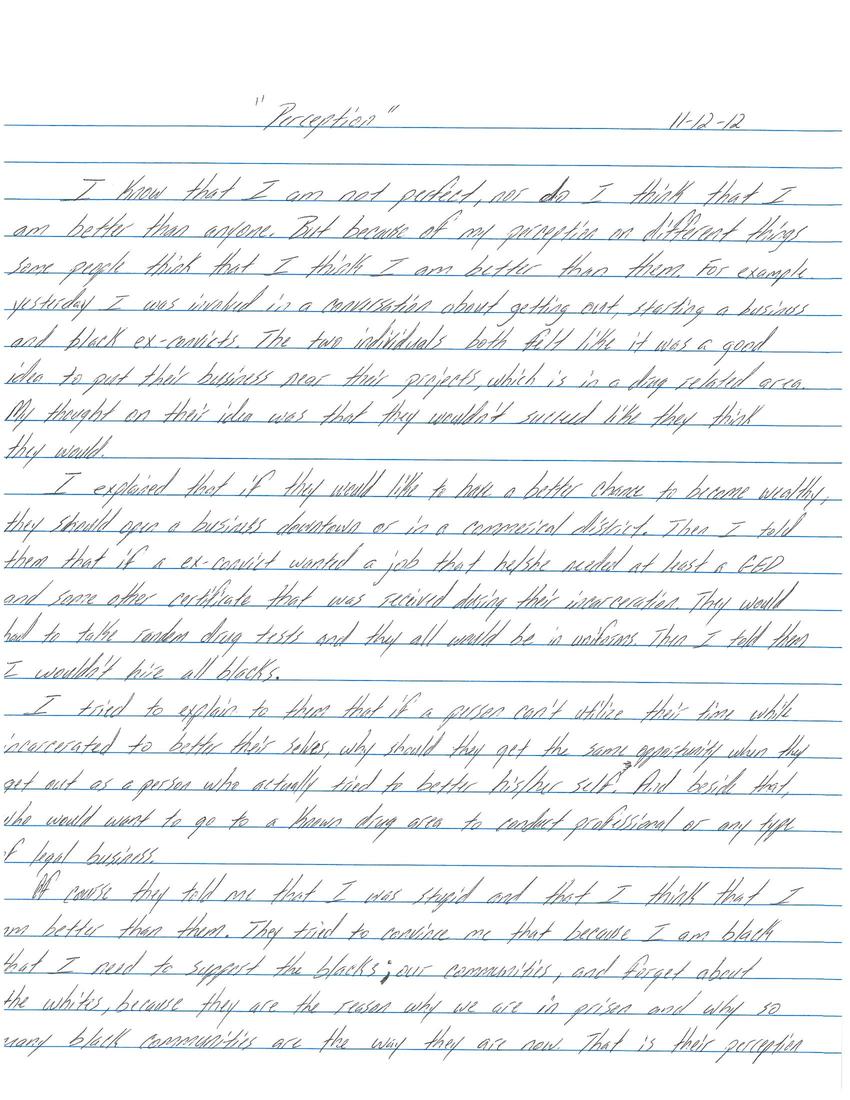 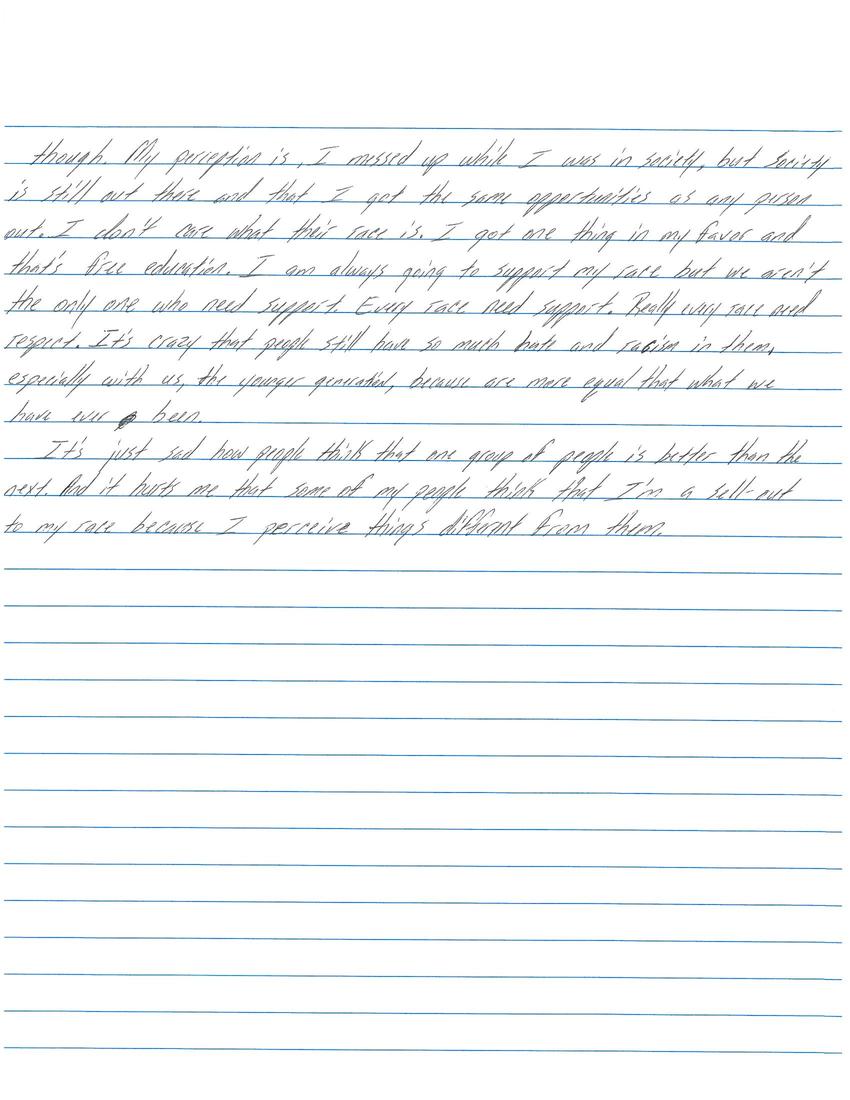 I know that I am not perfect, nor do I think that I am better than anyone. But because of my perception on different things some people think that I am better than them. For example, yesterday, I was involved in a conversation about getting out, starting a business and black ex-convicts. The two individuals both felt like it was a good idea to put their business near their projects, which is in a drug related area. My thoughts on their idea was that they wouldn't succeed like they thought they would.
I explained that if they would like to have a better chance to become wealthy, they should open a business downtown or in a commercial district. Then I told them that if an ex-convict wanted a job that he/she needed at least a GED and some other certificate that was received during their incarceration. They would have to take random drug tests and they all would be in uniforms. Then I told them I wouldn't hire all blacks.
I tried to explain to them that if a person can't utilize their time while incarcerated to better themselves, why should they get some opportunity when they get the same opportunity when they get out as a person who actually tried to better his/her self? And besides that, who would want to go to a known drug area to conduct professional or any type of legal business.
Of course they told me that I was stupid and that I think that I am better than them. They tried to convince me that because I am black I need to support the blacks; our communities, and forget about the whites, because they are the reason why we are in prison and why so many black communities are the way they are now. That is their perception though. My perception is, I messed up while I was in society, but society is still out there and that I get the same opportunities as any person out. I don't care what their race is. I got one thing in my favor and that's free education. I am always going to support my race but we aren't the only ones who need support. Every race needs support. Really, every race needs respect. It;s crazy that people still have so much hate and racism in them, especially with us, the younger generation, because we are more equal than we have ever been.
It's just sad how people think that one group of people are better than the next. And it hurts me that some of my people think that I'm a sell-out to my race because I perceive things differently from them.

I finished the transcription for your post "Perception". You raise some very heartfelt points about race & perceptions of society. I think there's a fine balance between sticking to our roots and standing up for our (perceived) race and knocking down barriers to make room for the greater "modern" community, where global travel means that we meet so many new and particularly different people. Not one or the other is right or wrong, and as you so rightly say at the beginning of your post, no one (or thing) is perfect. People change. Society changes. Ideas change. Even the "truth" changes. Not everything changes for the better, but everything does change is some way, all the time. I personally think that the main problem with the division of communities within a larger society (or country, perhaps) is that we all assume that whatever box we chose, and whatever category we see ourselves in at one time CAN change. We aren't static beings! We move, and change, and breathe all in one connected world. But ticking a certain box on a survey and identifying with a certain race sometimes doesn't just cut it... I think we are all global citizens --- and to some extent, that's what we should see ourselves as. I think it's a compromise where everyone can keep their own cultures, but we con expand as one. As with anything, this idea isn't perfect. I just think (like yourself, if I read your post in the right light) that we shouldn't be confined to one thing or another, and this is just how I see things.
Keep writing!

I like the way you see the world too. I live in Australia and I see a lot of similar issues here amongst our Indigenous people. Some of these issues I became aware of as a school girl, of course through our media, and other things didn't become clear to me until I began to study Indigenous Australian issues at university. It appears to me that many of our Aboriginal people aren't as successful as they could, or should be, because they (in my opinion) often serve to hold each other back with small world thinking (and I think this is what you're describing in these people you were speaking with). It is part of traditional Aboriginal culture to support each other and live in a collectivist way, much like how I perceive African Americans once were. Those that survived the colonial slaughter of our settlement must have had to work hard together, much like your ancestors and it's incredibly sad that these once strong, proud groups appear to have in some ways lost their direction and seem to tear each other down more often then they appear to build each other up.

It is a shame that our modern societies have changed these once beautiful practices of taking care of each other and warped them into wanting to keep each other on an even keel at the exclusion of other groups. I see this as a failure in our societies, something precious that we've lost as we've gained a global society.

I think you have a much greater chance of success with the way you view the world than do those who see the world as purely black & white. 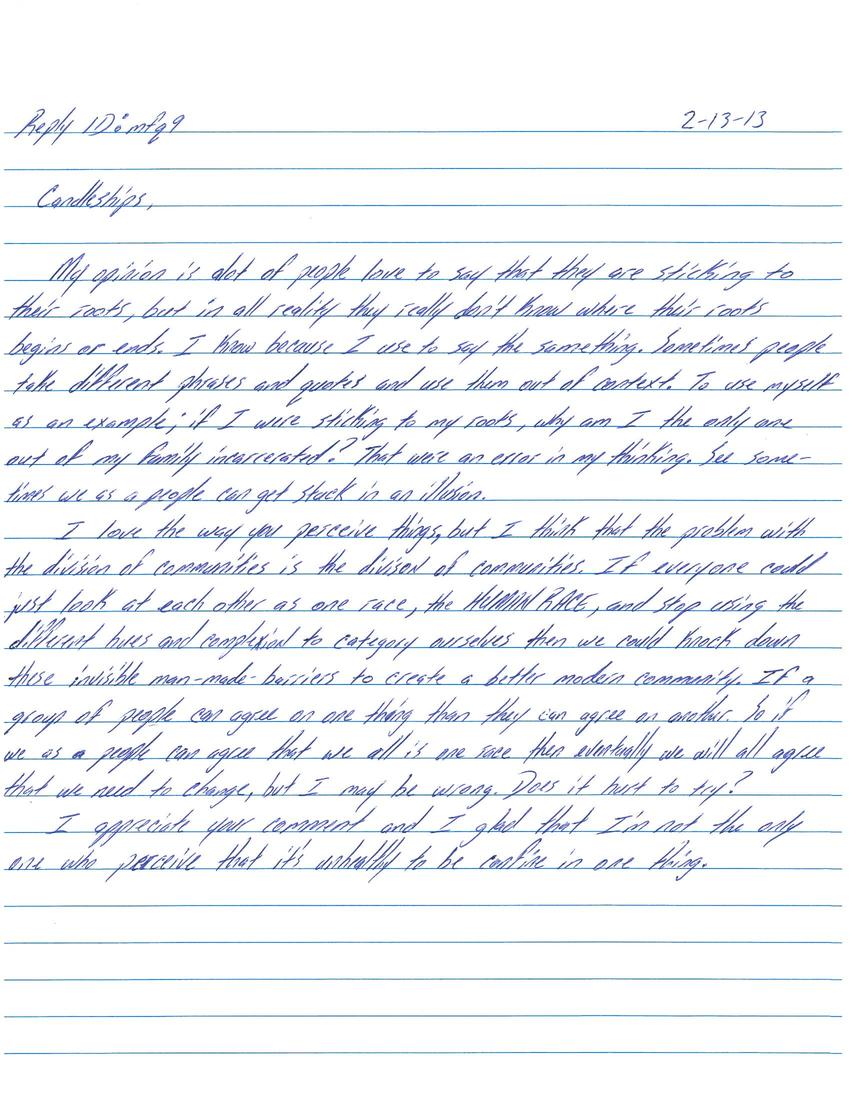 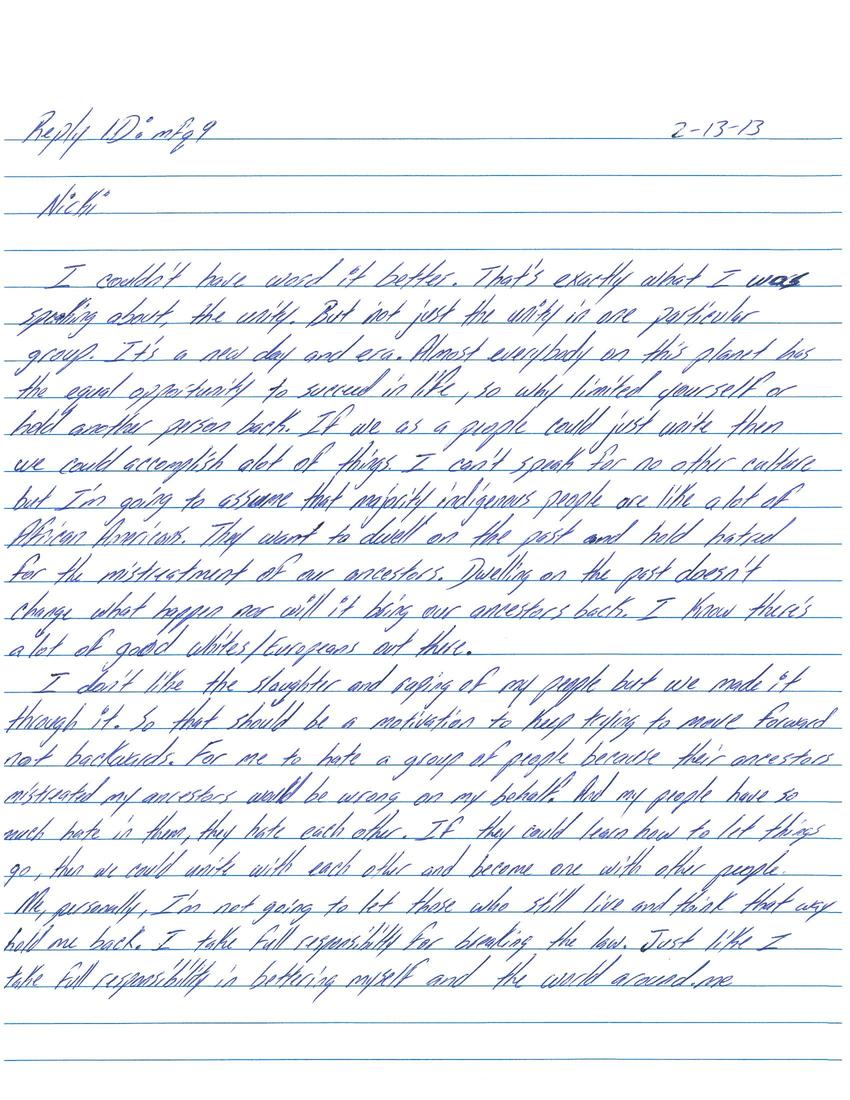