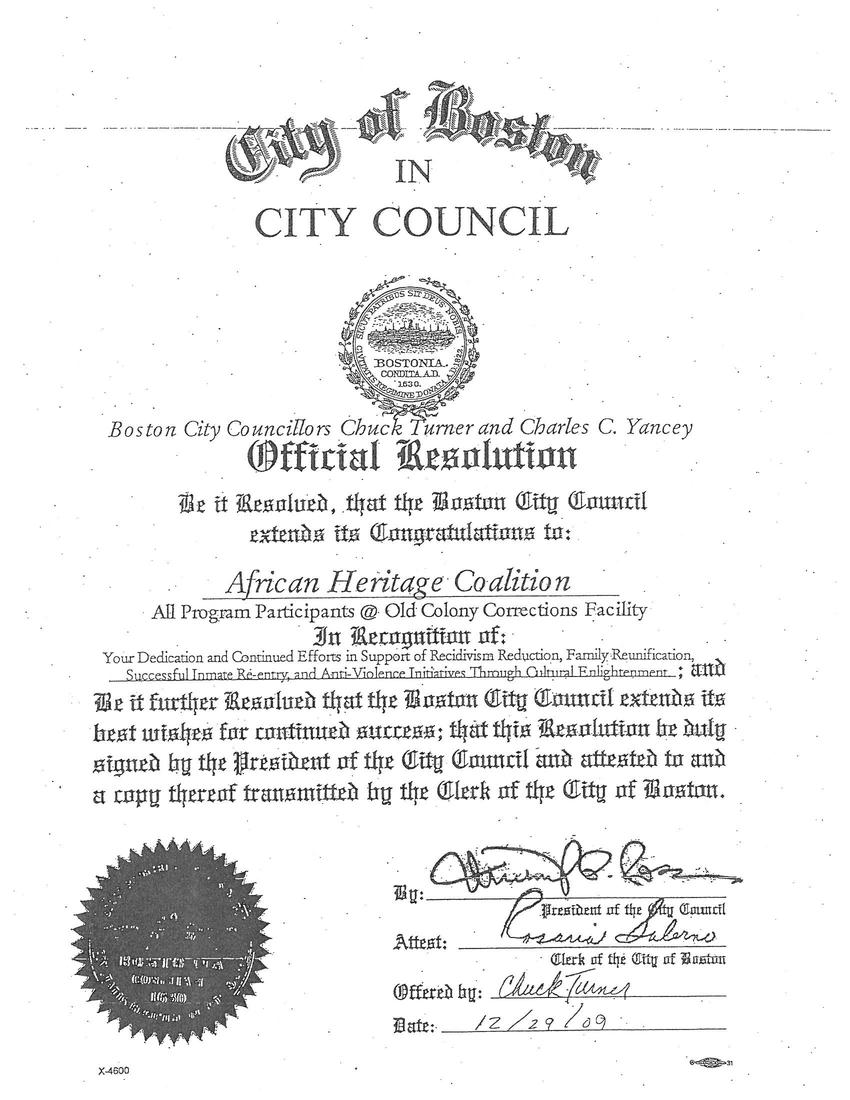 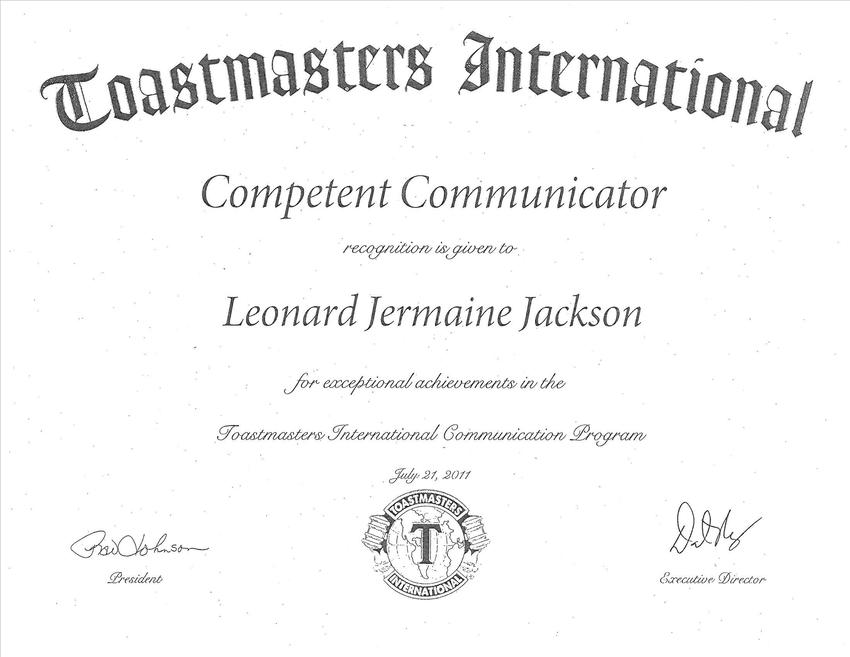 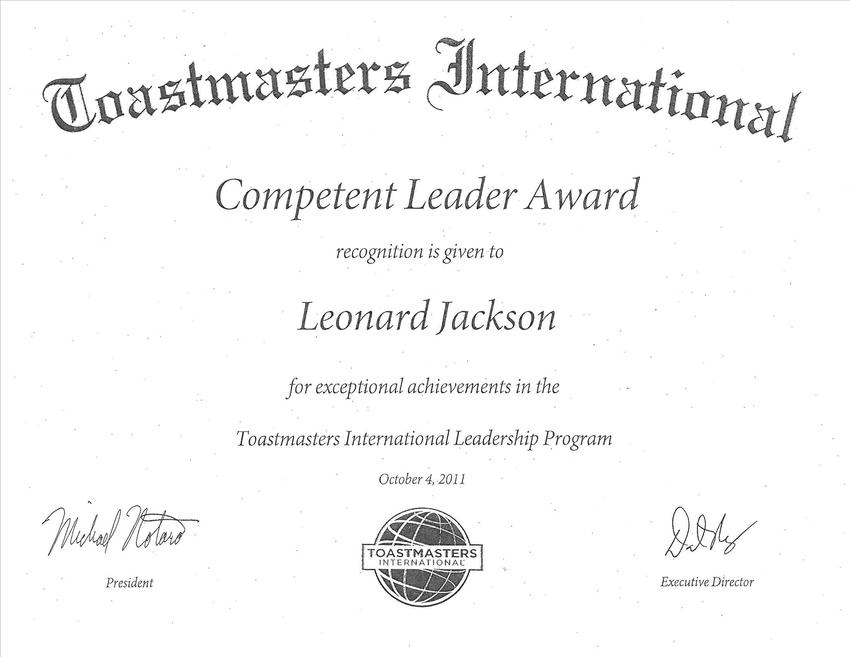 City of Boston in City Council

Be it resolved, that the Boston City Council extends its Congratulations to:

In Recognition of:
Your Dedication and Continued Efforts in Support of Recidivism Reduction, Family Reunification, Successful Inmate Re-entry, and Anti-Violence Initiatives Through Cultural Enlightenment; and Be it further Resolved that the Boston City Council extends its best wishes for continued success; that this Resolution be duly signed by the President of the City Council and attested to and a copy thereof transmitted by the Clerk of the City of Boston.

recognition is given to

for exceptional achievements in the Toastmasters International Communication Program

recognition is given to

for exceptional achievements in the Toastmasters International Leadership Program