Greetings To The World 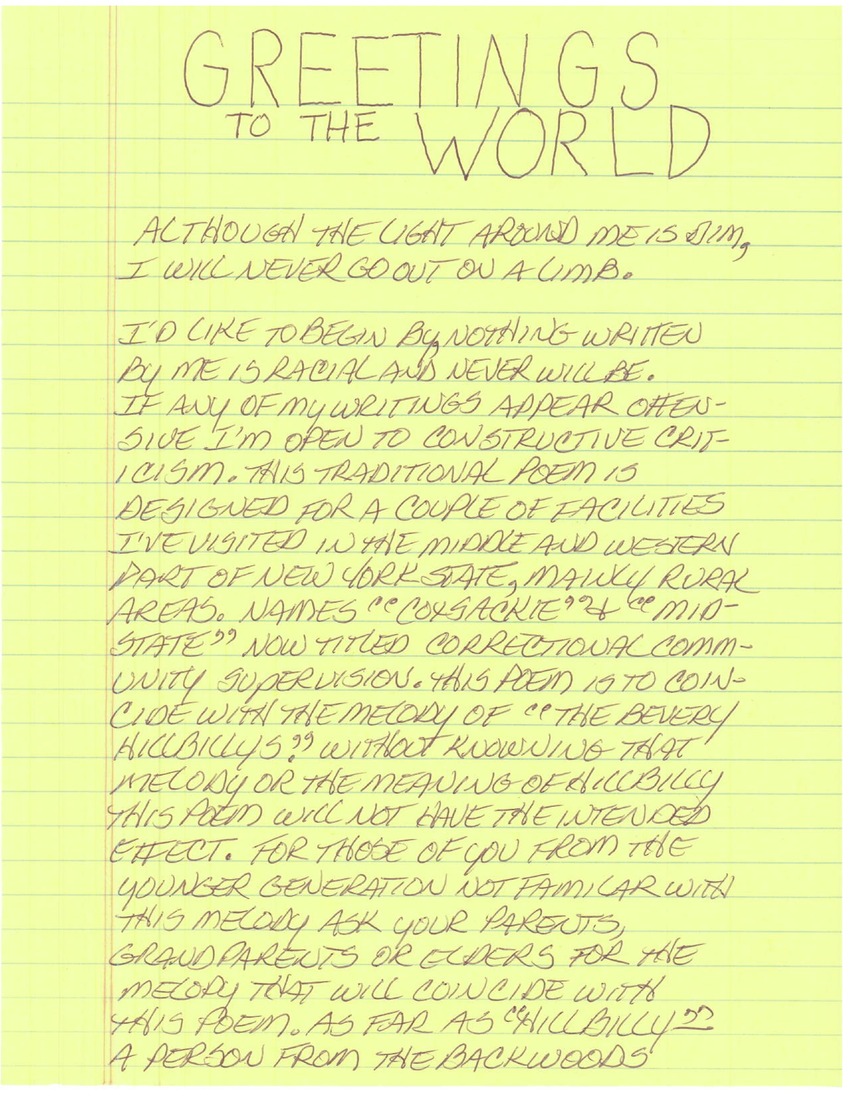 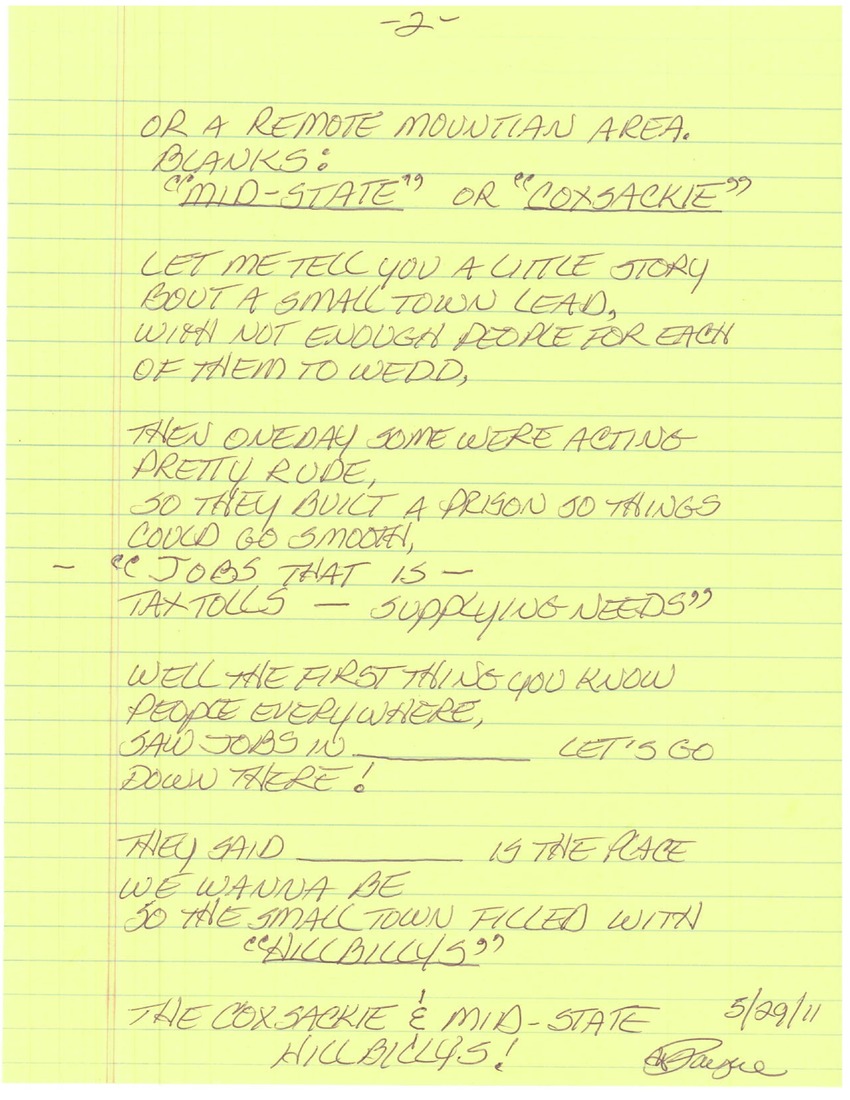 Greetings to the World

Although the light around me is dim, I will never go out on a limb.

I'd like to begin by nothing written by me is racial and never will be. If any of my writing appears offensive, I'm open to constructive criticism. This traditional poem is designed for a couple of facilities I've visited in the middle and western part of the New York state, mainly rural areas. Names "Coxsackie" and "Mid-State", now titled Correctional Community Supervision.

This poem is to coincide with the melody of the Beverly Hillbillies. Without knowing that melody or the meaning of hillbilly, this poem will not have the intended effect. For those of you from the younger generation not familiar with this melody, ask your parents, grandparents, or elders for the melody that will coincide with this poem. As far as "hillbilly," a person from the backwoords or a remote mountain area.

Let me tell you a little story
'bout a small town lead,
with not enough people for each
of them to wed.

Then one day some were acting
pretty rude,
so they built a prison so things
could go smooth.
"Jobs, that is.
Tax tolls. Supplying needs."

Well, the first thing you know
people everywhere.
Saw jobs in ____, let's go
down there!

They said ____ is the place
we wanna be
so the small town filled with
hillbillies.

The Coxsackie and Mid-State
Hillbillies!

Hey Rick,
That was good. I liked it.
Ricky, Your writing has such good trues in them. A good way to release tension and improve you writing skill too. You have plenty to say which is good. MOM