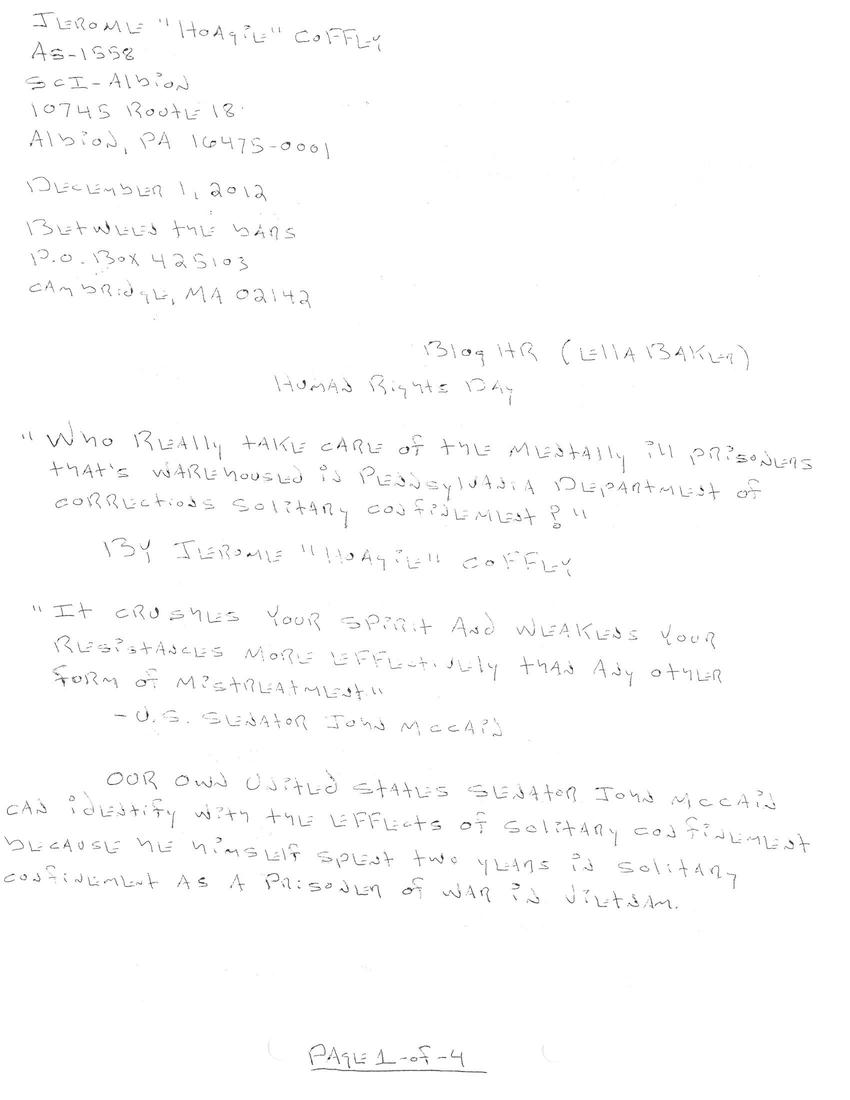 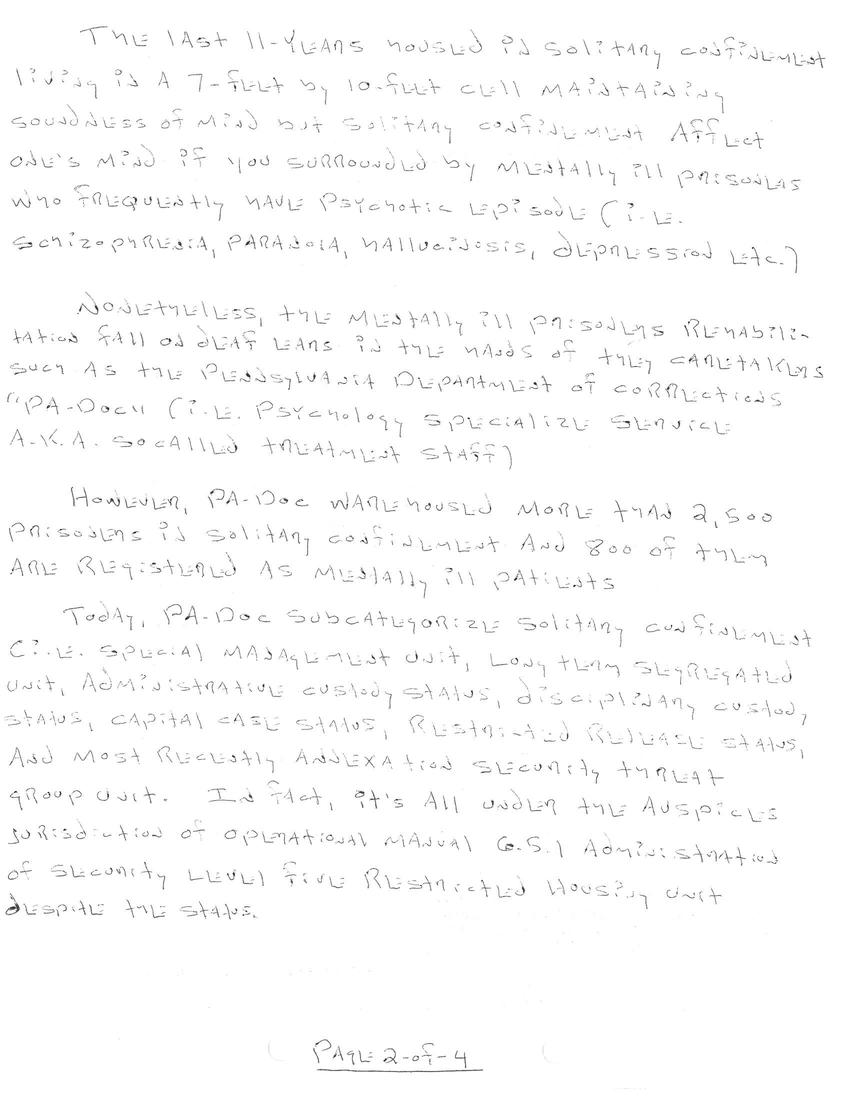 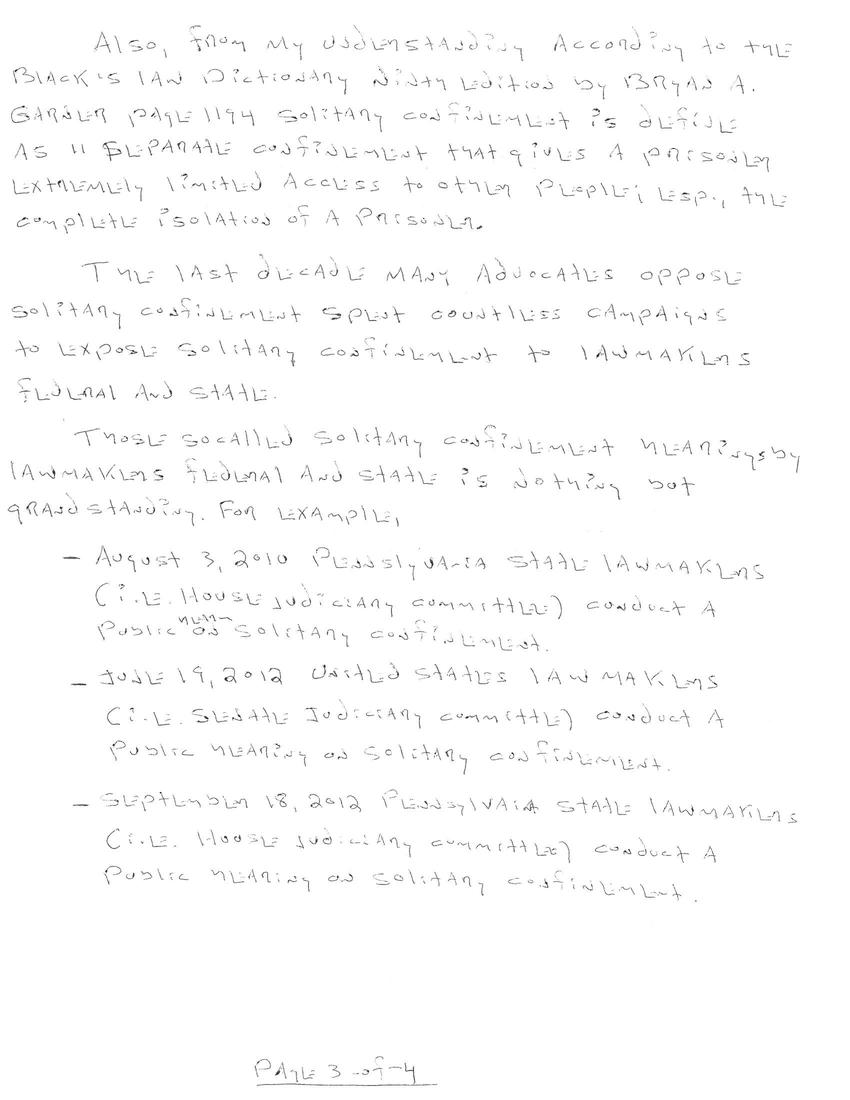 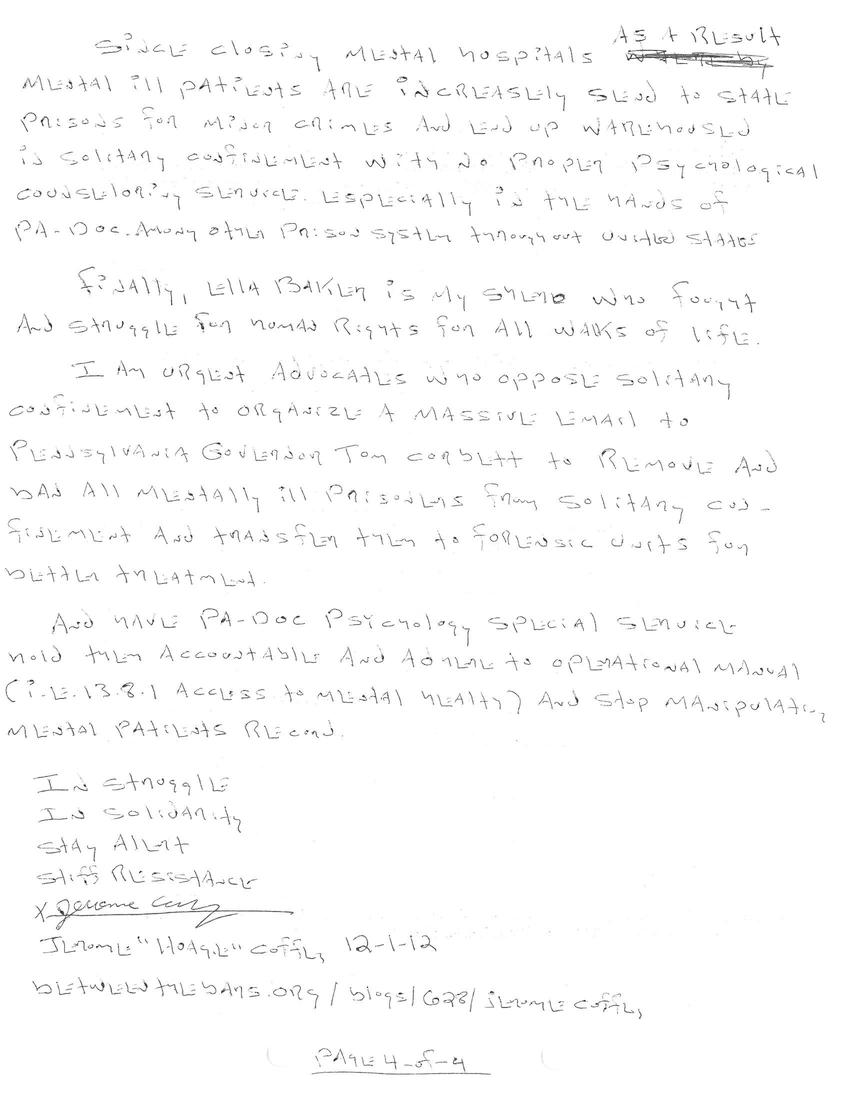 "It crushes your spirit and weakens your resistances more effectively than any other form of mistreatment"
- U.S. Senator John McCain

Nonetheless, the mentally ill prisoners' rehabilitation fall on deaf ears in the hands of their caretakers such as the Pennsylvania Department of Corrections "PA-DOC" (i.e. psychology specialized service a.k.a. so called treatment staff).

However, PA-DOC warehoused more than 2,500 prisoners in solitary confinement and 800 of them are registered as mentally ill patients.

Also, from my understanding according to the Black's Law Dictionary ninth edition by Bryan A. Garner page 1194, solitary confinement is defined as "separate confinement that gives a prisoner extremely limited access to other people; esp. the complete isolation of a prisoner".

Those so called solitary confinement hearings by lawmakers, federal and state, is nothing but grandstanding. For example:

Since closing mental hospitals, as a result, mentally ill patients are increasingly sent to state prisons for minor crimes and end up warehoused in solitary confinement with no proper psychological counseling service. Especially in the hands of PA-DOC. Among other prison systems throughout United States.

Finally, Ella Baker is my [illegible] who fought and struggled for human rights for all walks of life.