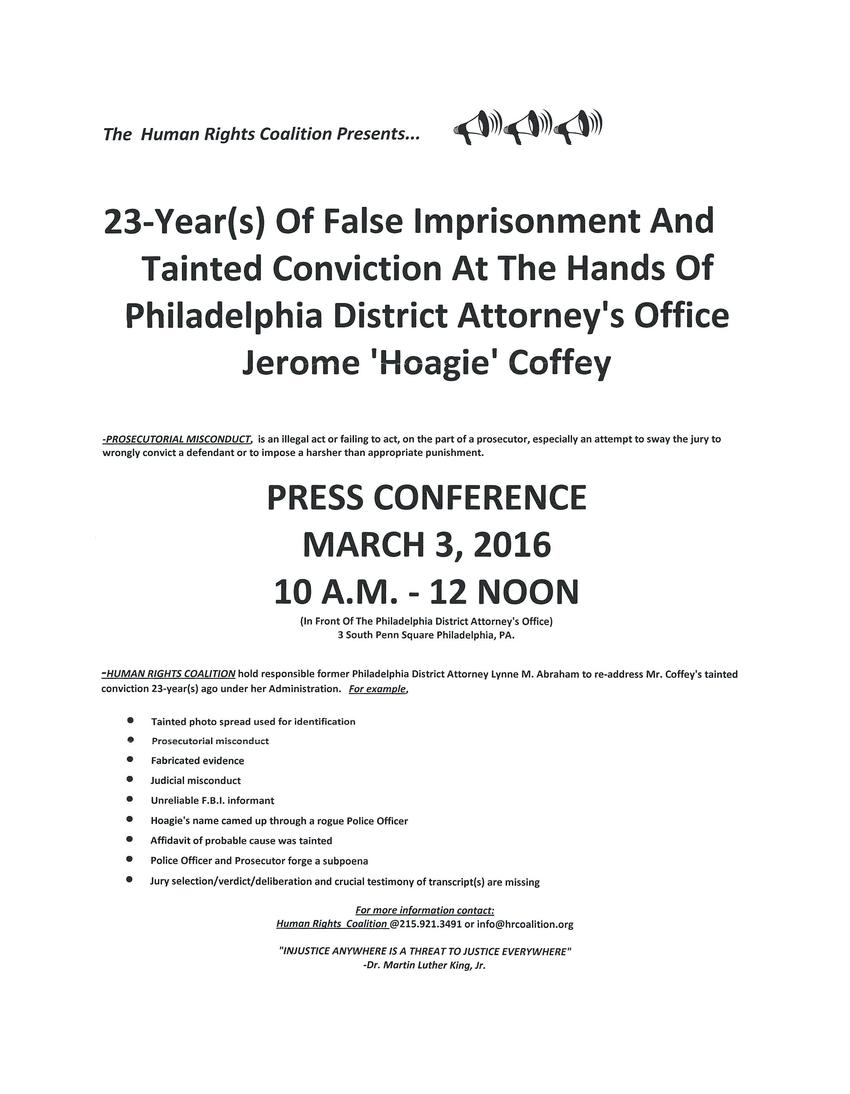 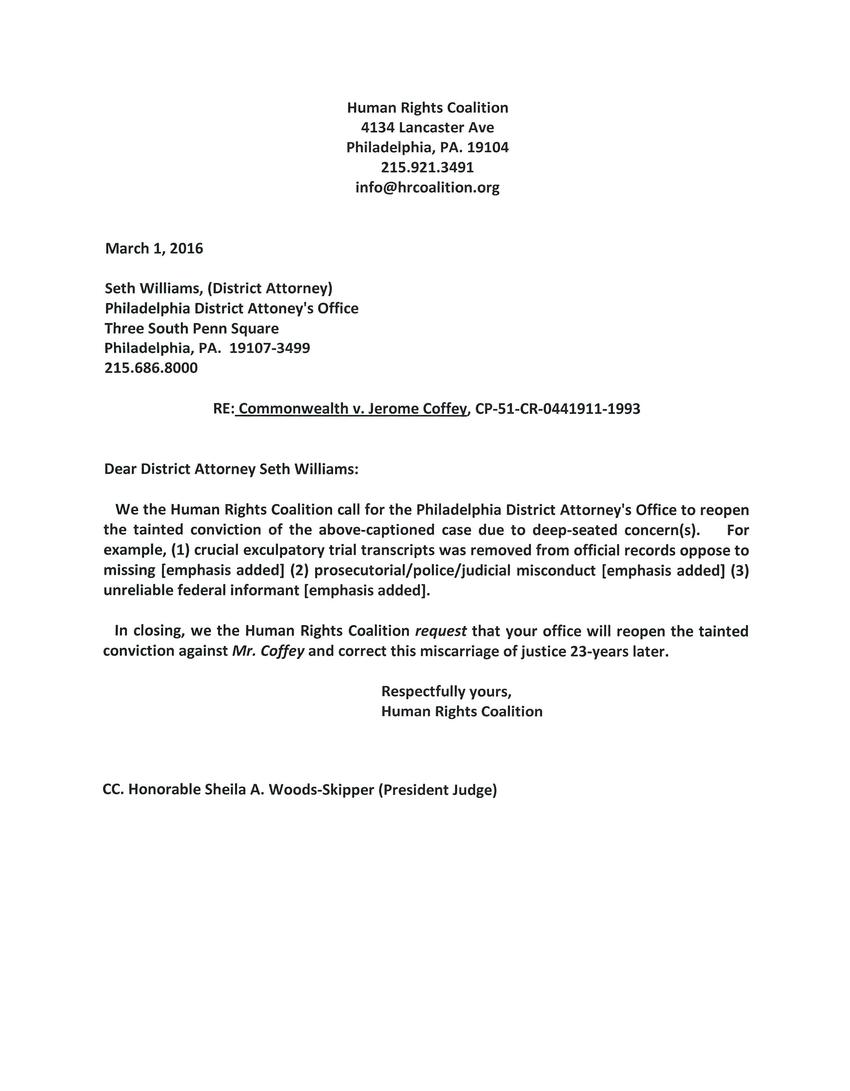 -PROSECUTORIAL MISCONDUCT is an illegal act or failing to act, on the part of a prosecutor, especially an attempt to sway the jury to wrongly convict a defendant or to impose a harsher than appropriate punishment.

In closing, we, the Human Rights Coalition, request that your office will reopen the tainted conviction against Mr. Coffey and correct this miscarriage of justice 23 years later.