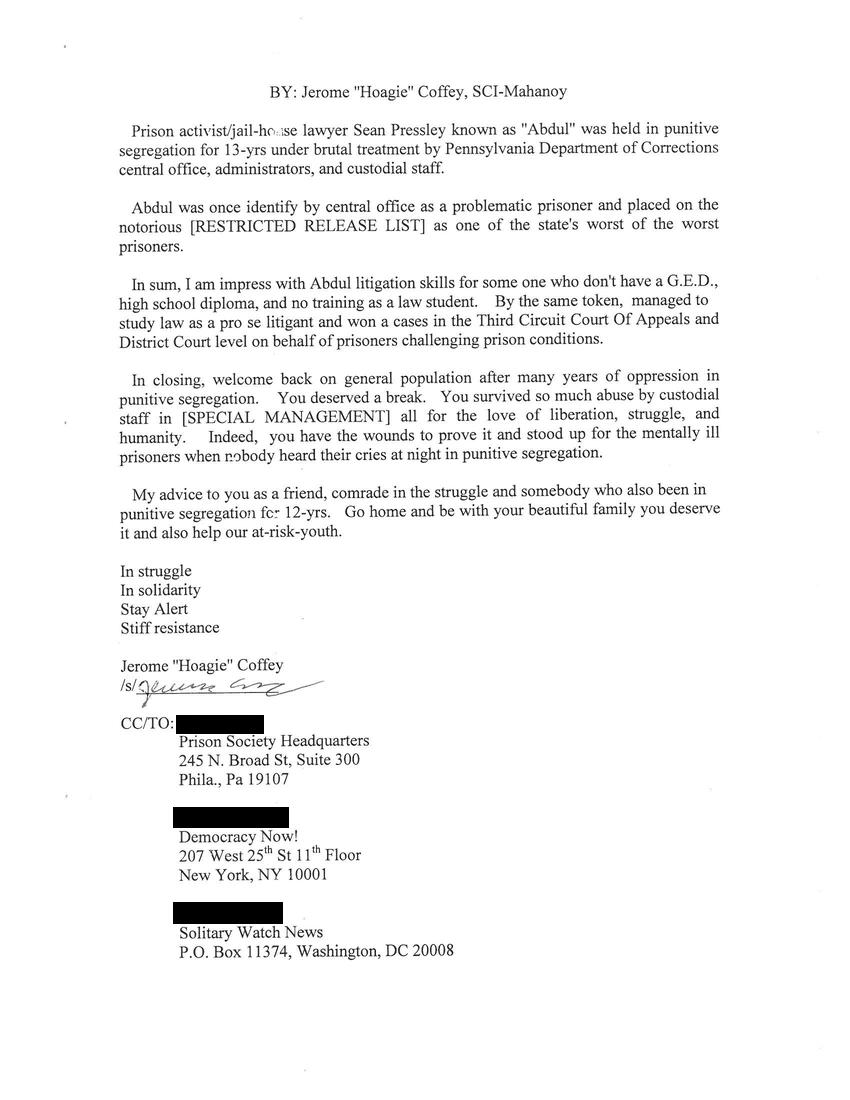 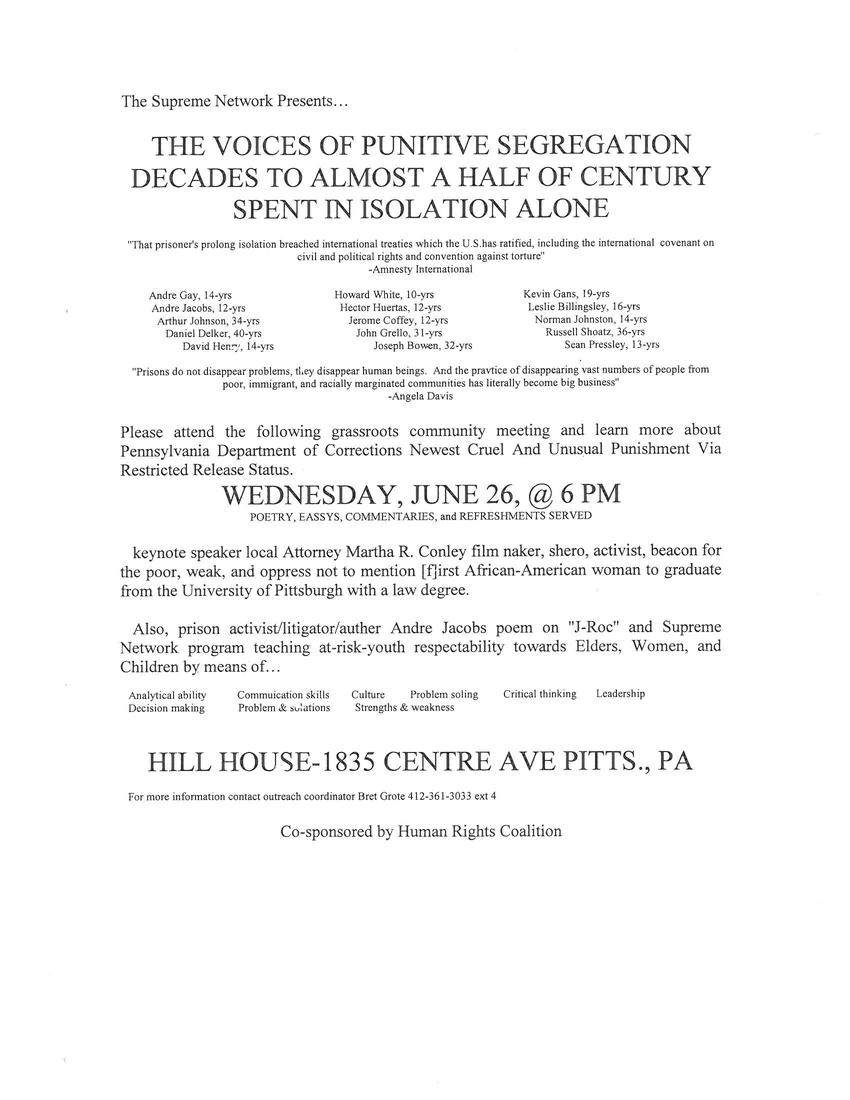 Abdul was once identify by central office as a problematic prisoner and placed on the notorious [RESTRICTED RELEASE LIST] as one of the state's worst of the worst prisoners.

In sum, I am impress with Abdul litigation skills for someone who don't have a G.E.D., high school diploma, and no training as a law student. By the same token, managed to study law as a pro se litigant and won a cases in the Third Circuit Court of Appeals and District Court level on behalf of prisoners challenging prison conditions.

In closing, welcome back on general population after many years of oppression in punitive segregation. You deserved a break. You survived so much abuse by custodial staff in [SPECIAL MANAGEMENT] all for the love of liberation, struggle, and humanity. Indeed, you have the wounds to prove it and stood up for the mentally ill prisoners when nobody heard their cries at night in punitive segregation.

My advice to you as a friend, comrade in the struggle and somebody who also been in punitive segregation for 12-yrs. Go home and be with your beautiful family, you deserve it, and also help our at-risk youth.

"That prisoners' prolonged isolation breached international treaties which the U.S. has ratified, including the international covenant on civil and political rights and convention against torture"
- Amnesty International

"Prisons do not disappear problems, they disappear human beings. And the practice of disappearing vast numbers of people from poor, immigrant, and racially marginated communities has literally become big business"
- Angela Davis

keynote speaker local Attorney Martha R. Conley, film maker, shero, activist, beacon for the poor, weak, and oppress not to mention [f]irst African-American woman to graduate from the University of Pittsburgh with a law degree.

I read the Pĕna post about solitary. I have a loved one inside. I'm looking for books to educate myself for when he is released. He is doing a 25 year set, and 10 of that was in the SHU @ADX of which he doesn't speak much of. I believe SHU does not have a place amd should be abolished. I thank you for your insight. I just want to educate myself as much as possible.