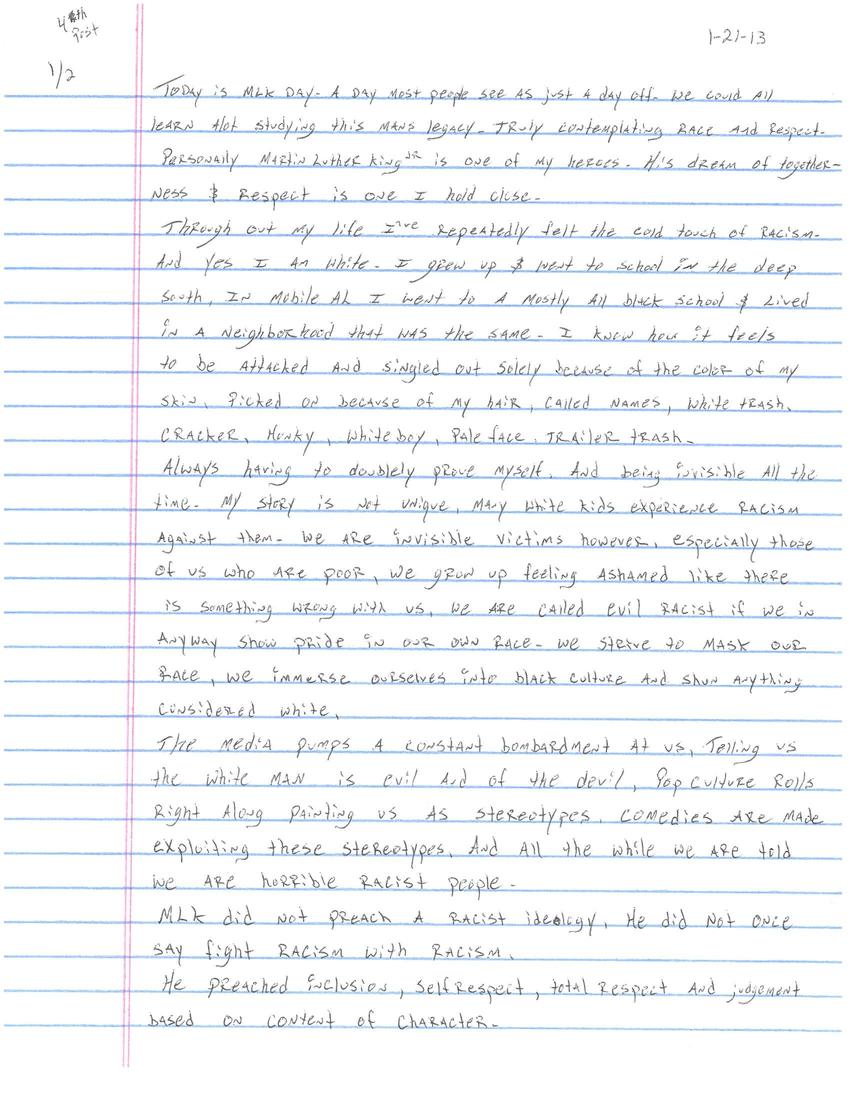 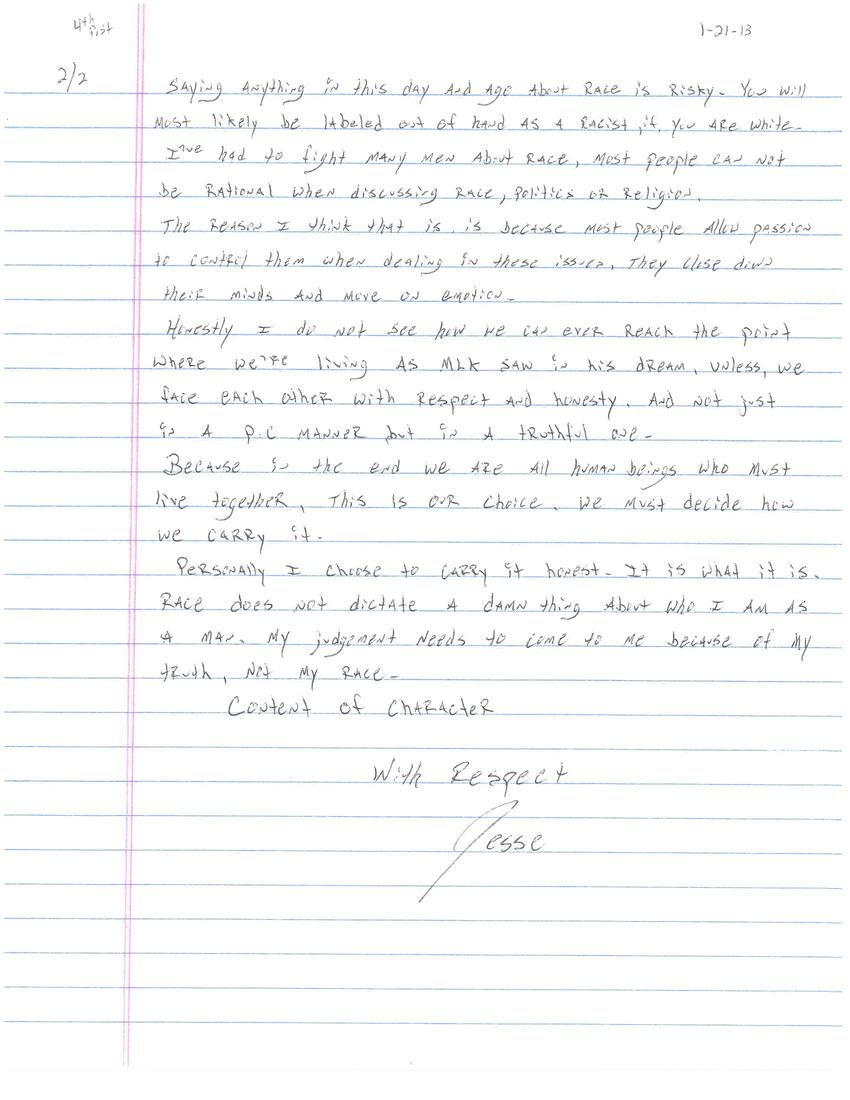 Today is MLK Day - a day most people see as just a day off. We could learn a lot studying this man's legacy - truly contemplating race and respect. Personally Martin Luther King Jr is one of my heroes. His dream of togetherness & respect is one I hold close.
Throughout my life I've repeatedly felt the cold touch of racism and yes I am white. I grew up & went to school in the deep south, in Mobile AL. I went to a mostly black school & lived in a neighborhood that was the same. I know how it feels to be attacked and singled out solely because of the color of my skin, picked on because of my hair, called names, white trash, cracker, honky, whiteboy, pale face, trailer trash.
Always having to doublely prove myself and being invisible all the time. My story is not unique, many white kids experience racism against them. We are invisible victims however, especially those of us who are poor, we grow up feeling ashamed like there is something wrong with us. We are called evil racist if we in anyway show pride in our own race. We strive to mask our race, we immerse ourselves into black culture and shun anything considered white.
The media pumps a constant bombardment at us, telling us the white man is evil and of the devil. Pop culture rolls right along painting us as stereotypes. Comedies are made exploiting these stereotypes. And all the while we are told we are horrible racist people.
MLK did not preach a racist ideology. He did not once say fight racism with racism.
He preached inclusion, self-respect, total respect and judgement based on content of character.
Saying anything in this day and age about race is risky. You will most likely be labeled out of hand as a racist if you are white. I've had to fight many men about race. Most people cannot be rational when discussing race, politics or religion.
The reason I think that is, is because most people allow passion to control them when dealing with these issues. They close down their minds and move on emotion.
Honestly I do not see how we can ever reach the point where we're living as MLK saw in his dream, unless, we face each other with respect and honesty and not just in a PC manner but in a truthful one.
Because in the end we are all human beings who must live together. This is our choice. We must decide how we carry it.
Personally I choose to carry it honest. It is what it is. Race does not dictate a damn thing about who I am as a man. My judgement needs to come to me because of my truth, not my race.
Content of character

Great post! I completely agree with you about MLK, Jr. People have zero control over their race. I have never understood how one can HATE another person just because of their race. Thanks for your opinion on MLK, Jr. Day!