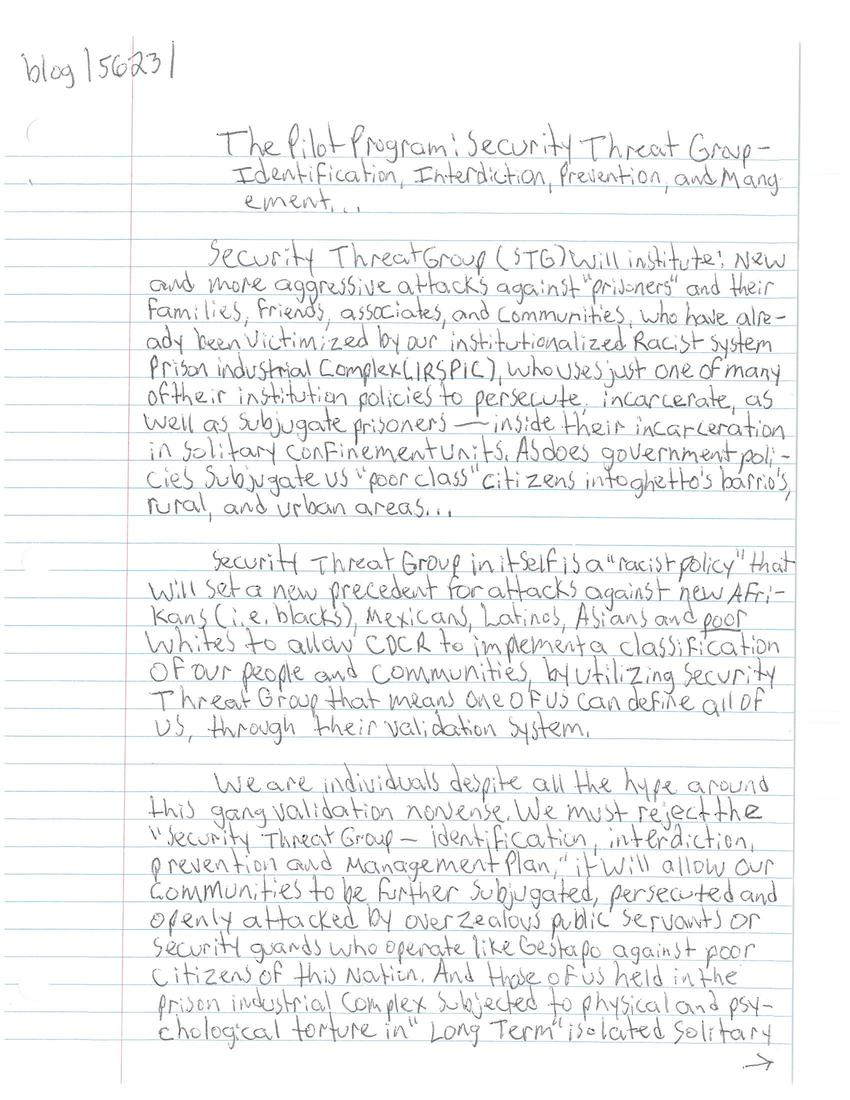 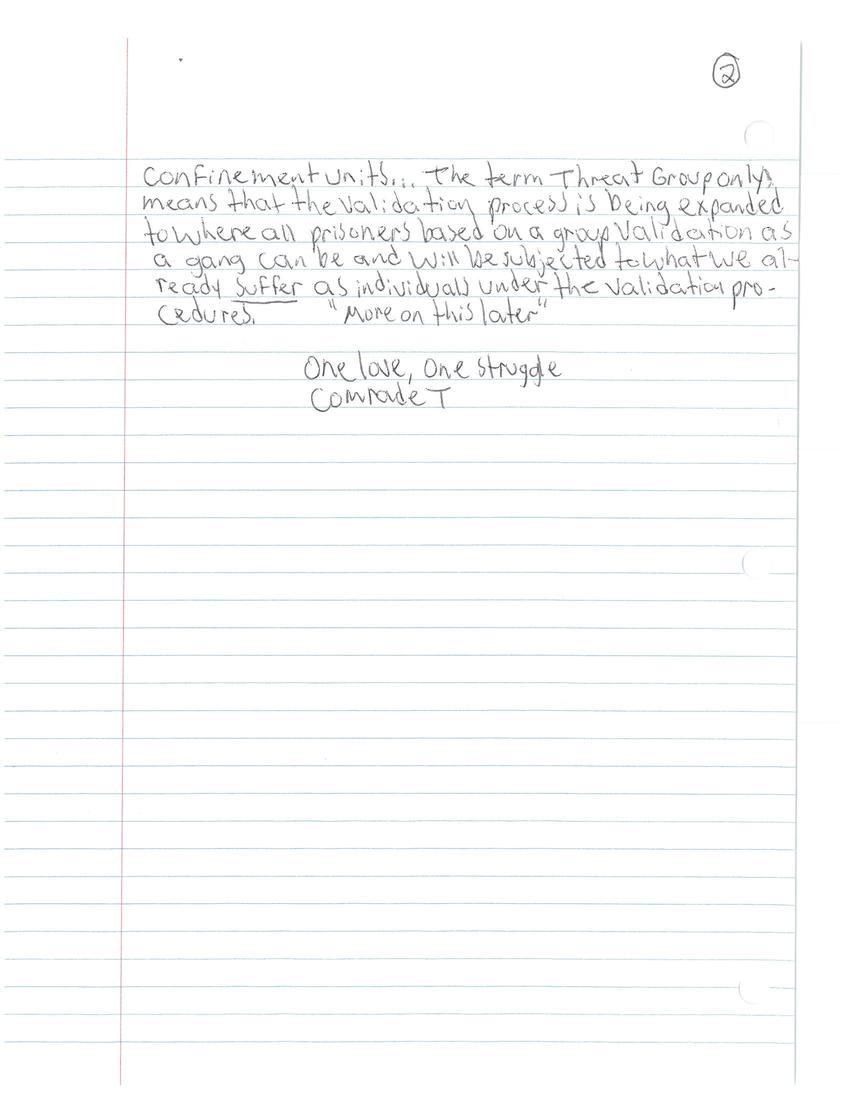 Security Threat Group (STG) will institute: New and more aggressive attacks against "prisoners" and their families, friends, associates, and communities, who have already been victimized by our institutionalized racist system prison industrial complex (IRSPIC), who uses just one of many of their institution policies to persecute, incarcerate, as well as subjugate prisoners - inside their incarceration in solitary confinement units. As does government policies subjugate us "poor class" citizens into ghettos, barrios, rural, and urban areas...

Security Threat Group in itself is a "racist policy" that will set a new precedent for attacks against New Afrikans (i.e. blacks), Mexicans, Latinos, Asians and POOR whites to allow CDCR to implement a classification of our people and communities, by utilizing Security Threat Group that means one of us can define all of us, through their validation system.

We are individuals despite all the hype around this gang validation nonsense. We must reject the "Security Threat Group - Identification, Interdiction, Prevention and Management Plan", it will allow our communities to be further subjugated, persecuted and openly attacked by overzealous public servants or security guards who operate like Gestapo against poor citizens of this nation. And those of us held in the prison industrial complex subjected to physical and psychological torture in "long term" isolated solitary confinement units... The term Threat Group only means that the validation process is being expanded to where all prisoners based on a group validation as a gang can be and will be subjected to what we already SUFFER as individuals under the validation procedures. "More on this later"

One love, one struggle
Comrade T