The Wright Petition- The Right Time 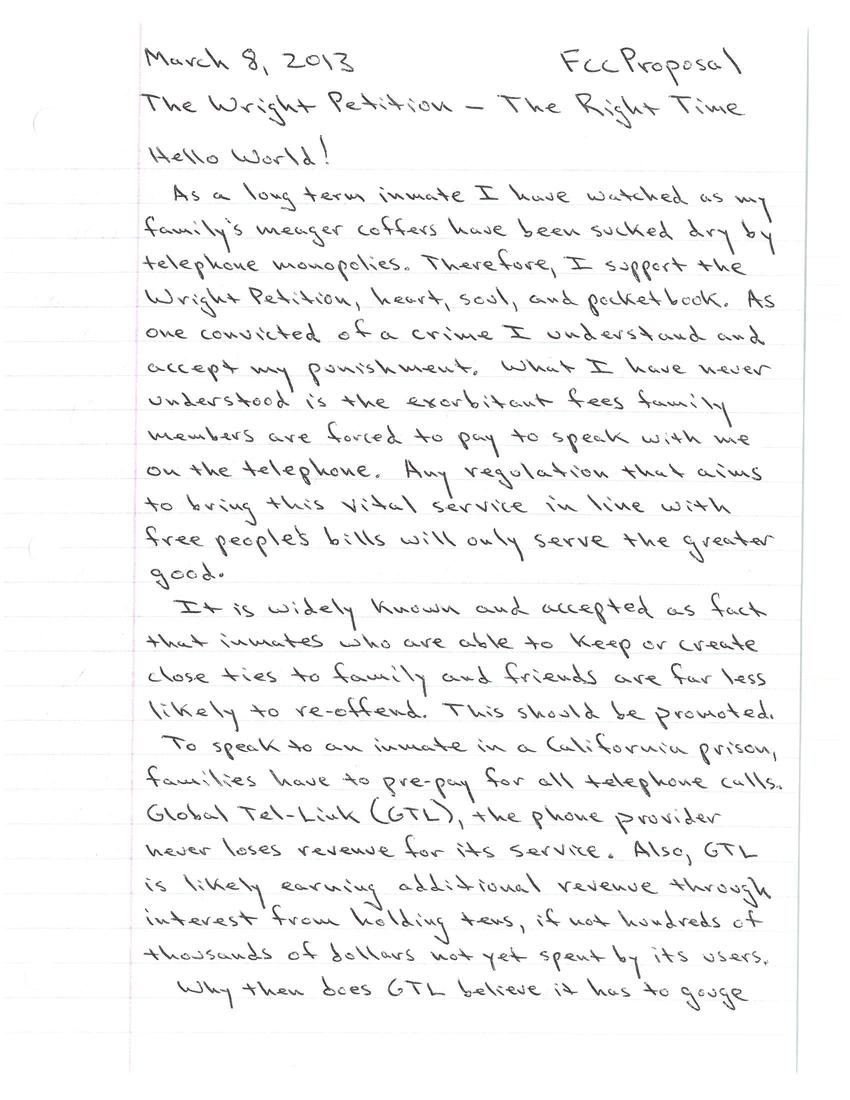 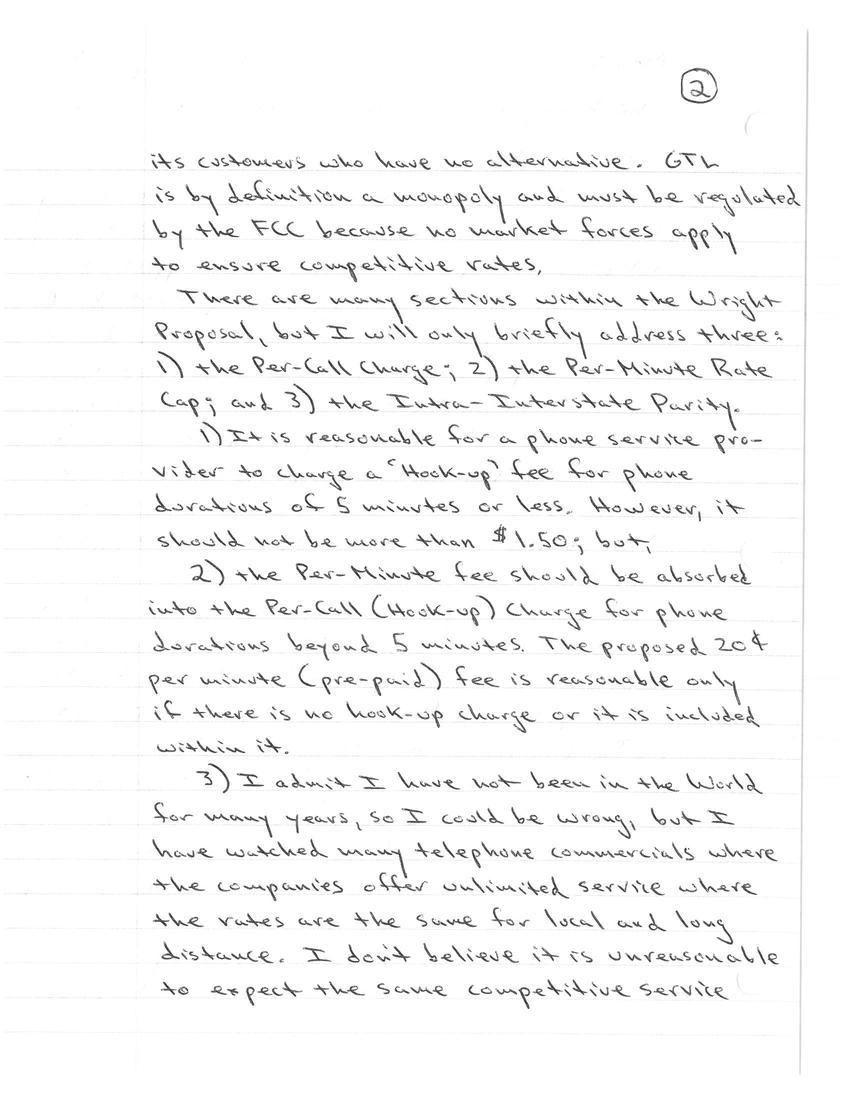 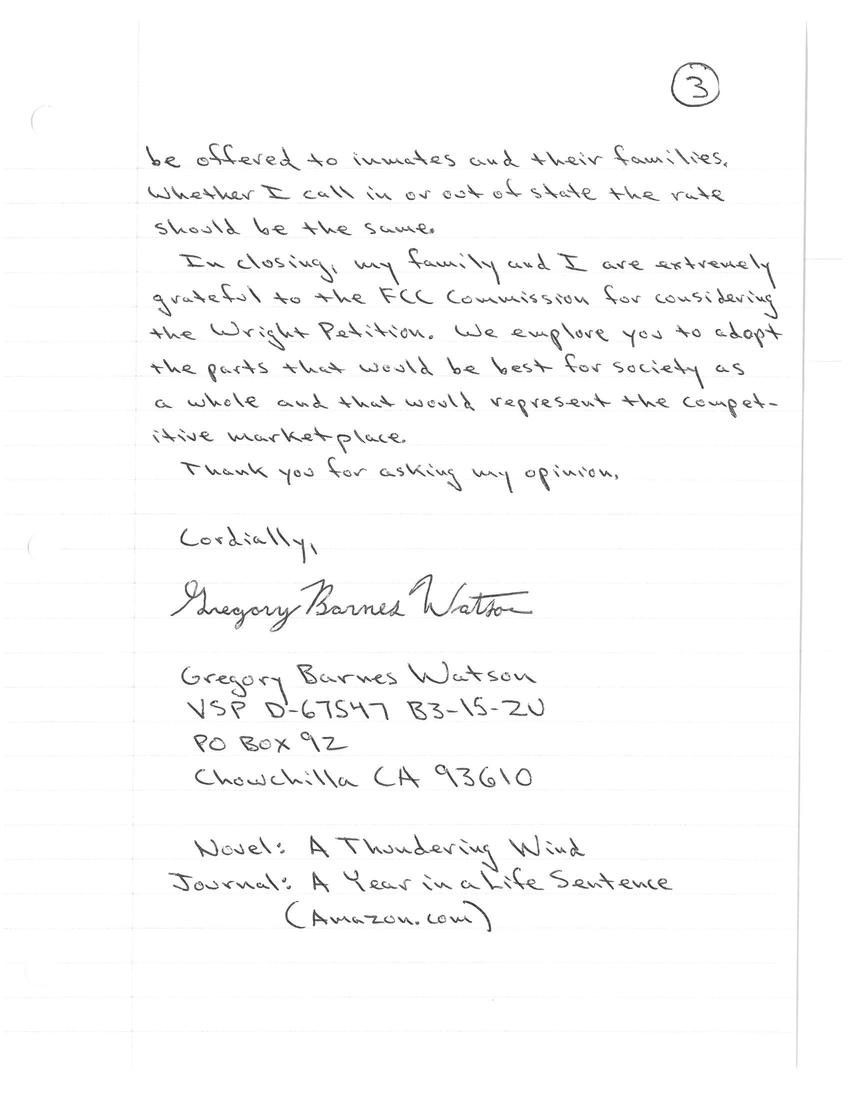 The Wright Petition - The Right Time

As a long-term inmate I have watched as my family's meagre coffers have been sucked dry by telephone monopolies. Therefore, I support the Wright petition, heart, soul, and pocketbook. As one convicted of a crime I understand and accept my punishment. What I have never understood in the exorbitant fees family members are forced to pay to speak with me on the telephone. Any regulation that aims to bring this vital service in line with free people's bills will only serve the greater good.

It is widely known and accepted as fact that inmates who are able to keep or create close ties to family and friends are far less likely to re-offend. This should be promoted. To speak to an inmate in a California prison, families have to pre-pay for all telephone calls. Global Tel-Link (GTL), the phone provider never loses revenue for its service. Also, GTL is likely earning additional revenue through interest from holding tens, if not hundreds of thousands of dollars not yet spent by users.

Why then does GTL believe it had to gauge its customers who have to alternative. GTL is by definition a monopoly and must be regulated by the FCC because no market forces apply to ensure competitive rates.

There are many sections within the Wright Proposal, but I will only briefly address three: 1) the per-call charge; 2) the per-minute rate cap; and 3) the intra-interstate parity.

1) It is reasonable for a phone service provider to charge a 'hook-up' fee for phone durations of five minutes or less. However, it should not be more than $1.50; but,

2) the per-minute fee should be absorbed into the per-call (hook-up) charge for phone durations beyond five minutes. The proposed 20c per minute (pre-paid) fee is reasonable only if there is no hook-up charge or it is included within it.

3) I admit I have not been in the world for many years, so I could be wrong, but I have watched many telephone commercials where companies offer unlimited service where the rate are the same for local and long-distance. I don't believe it is unreasonable to expect the same competitive service be offered to inmates and their families. Whether I call in or out of state the rate should be the same.

In closing, my family and I are extremely grateful to the FCC Commission for considering the Wright Petition. We implore you to adopt the parts that would be best for society as a whole and that would represent the competitive marketplace.

Thank you for asking my opinion.

Novel: A Thundering Wind
Journal: A Year in a Life Sentence
(Amazon.com)

Hello Gregory Barnes Watson,
Thank you so much for sharing this! Upon finishing your post, I was left with a few questions. How did you come to learn about this proposal? I currently intern at a prison, and I have found the phone situation interesting to say the least. It is basic economics that when one company has control like in this situation, that company can exploit the consumers and charge what they will. The fact that these phone companies take advantage of people who are not as easily able to represent themselves is slightly sickening to me. I feel unsettled when I hear the men talk about their families having to put more money on the phones. Having to ask family for money is never an easy task, let alone when you are also incarcerated.
As far as recidivism is concerned, I could not agree more. Having positive social influences can have the greatest impact on offenders. It is truly troublesome that there are intense restrictions and costs to this outlet. Positive conversation with people on the outside is something that prison workers and society as a whole should encourage not discourage if we would like to see crime rates go down.
I had another question. Are you able to sign the petition? Do people take this seriously? Are you able to protest at all with other offenders? I can imagine that there are many restrictions and boundaries to that as well. Also is this only in California? I feel like I see similar problems in other states as well.
(scanned reply – view as blog post)
uploaded Jan. 23, 2014.  Original (PDF) 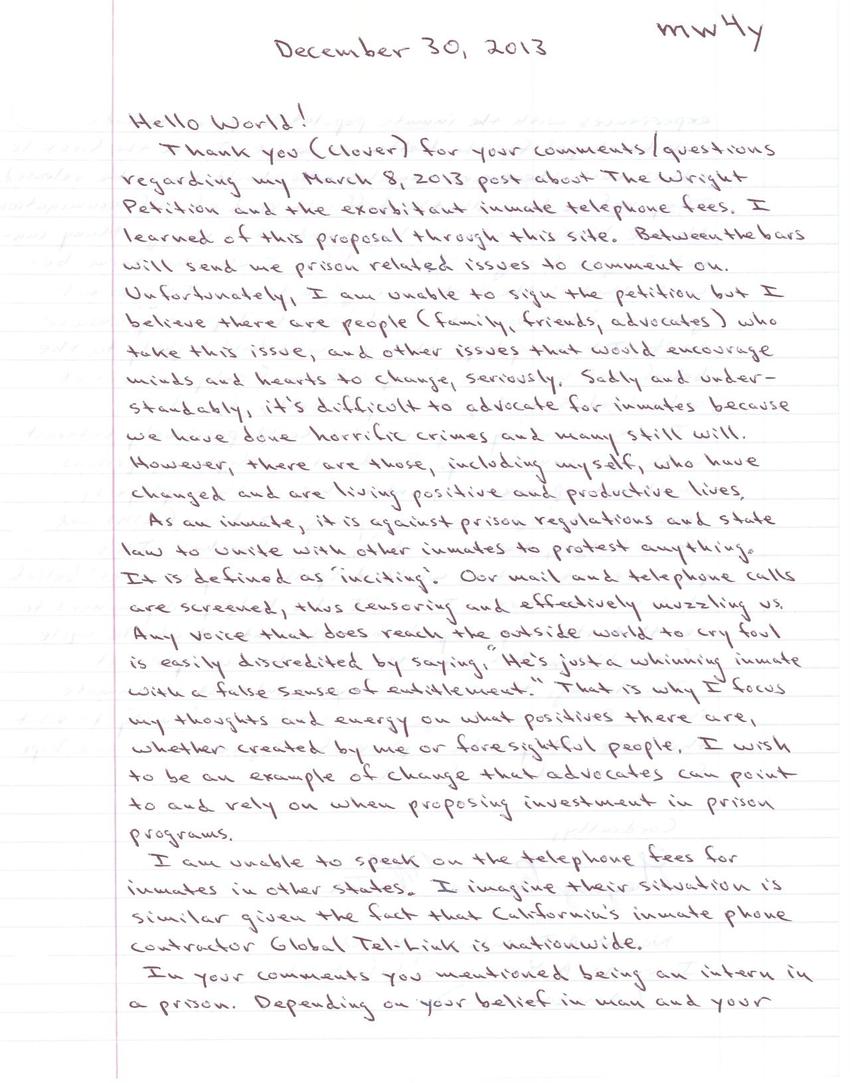 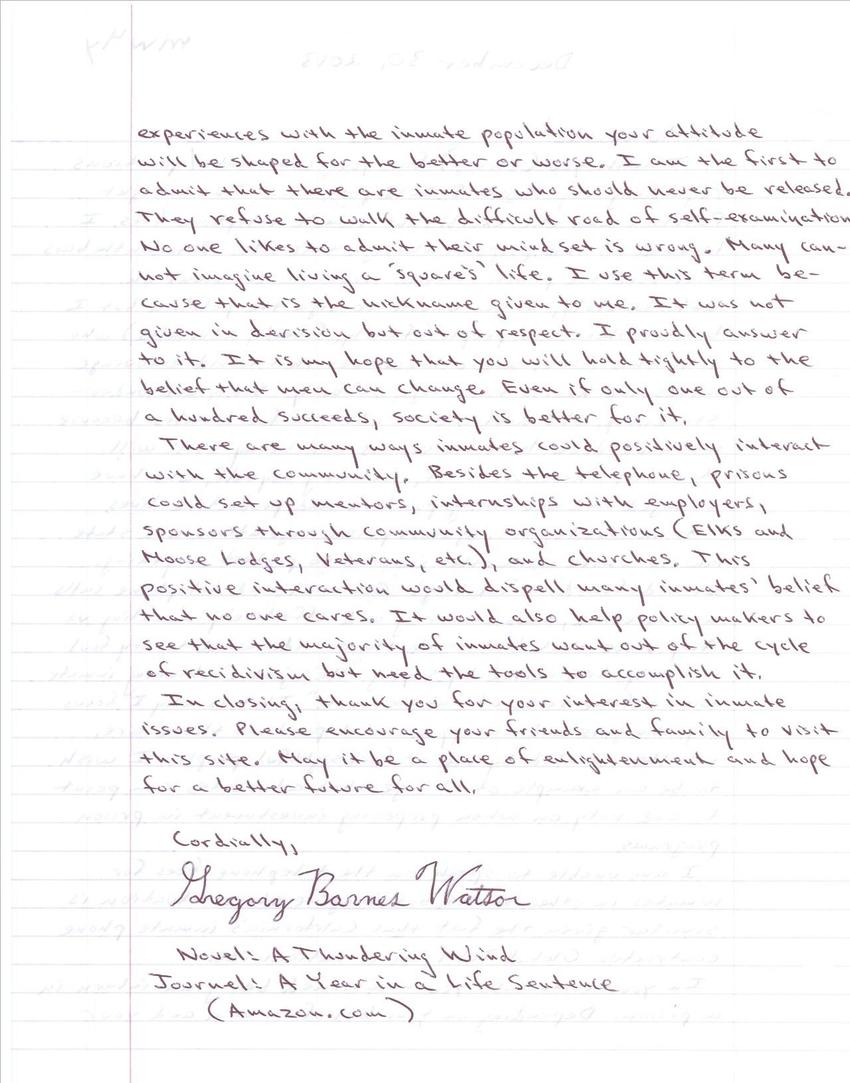