A Feeling Of One Inside Of Me 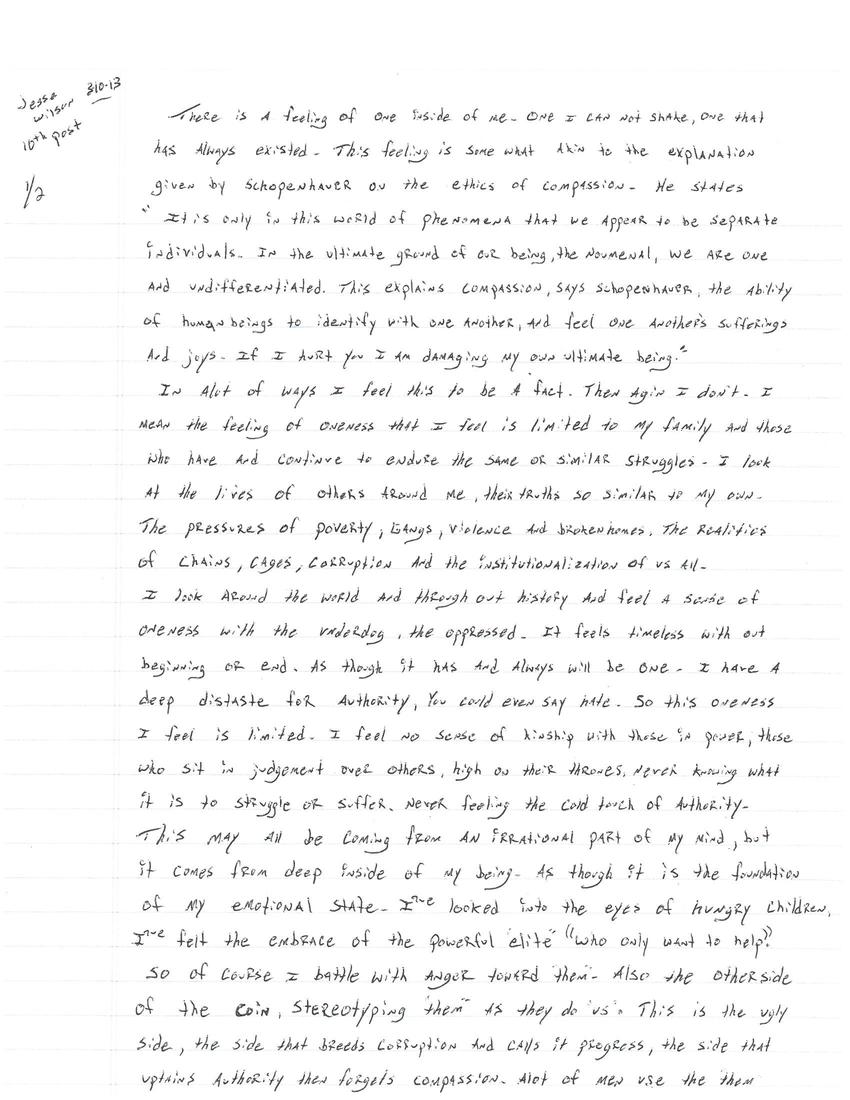 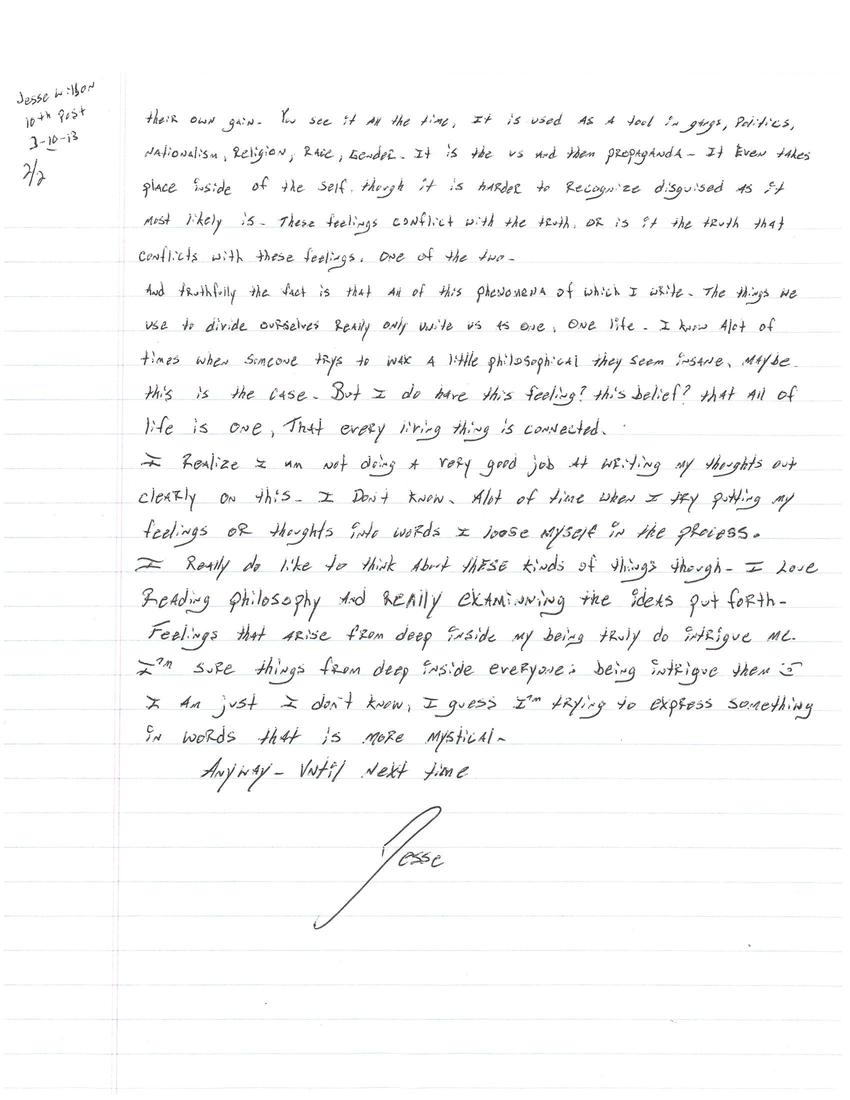 There is a feeling of one inside of me - one I cannot shake, one that has always existed. This feeling is somewhat akin to the explanation given by Schopenhauer on the ethics of compassion. He states "It is only in this world of phenomena that we appear to be separate individuals. In the ultimate ground of our being, the numinal, we are one and undifferentiated. This explains compassion", says Schopenhauer, "the ability of human beings to identify with one another, and feel one another's sufferings and joys. If I hurt you I am damaging my own ultimate being."

In a lot of ways I feel this to be a fact. Then again I don't. I mean the feeling of oneness that I feel is limited to my family and those who have and continue to endure the same or similar struggles. I look at the lives of others around me, their truths so similar to my own. The pressures of poverty, gangs, violence and broken homes. The realities of chains, cages, corruption and the institutionalization of us all.

I look around the world and throughout history and feel a sense of oneness with the underdog, the oppressed. It feels timeless without beginning or end. As though it has and always will be one. I have a deep distaste for authority, you could even say hate. So this oneness I feel is limited. I feel no sense of kinship with those in power, those who sit in judgement over others, high on their thrones, never knowing what it is to struggle or suffer. Never feeling the cold touch of authority. This may all be coming from an irrational part of my mind, but it comes from deep inside of my being. As though it is the foundation of my emotional state. I've looked into the eyes of hungry children. I've felt the embrace of the powerful "elite" "who only want to help".

So of course I battle with anger toward "them". Also the other side of the coin, stereotyping "them" as they do "us". This is the ugly side, the side that breeds corruption and calls it progress, the side that obtains authority then forgets compassion. A lot of men use the "them" their own gain. You see it all the time. It is used as a tool in gangs, politics, nationalism, religion, race, gender. It is the us and them propaganda. It even takes place inside of the self, though it is harder to recognize disguised as it most likely is. These feelings conflict with the truth, or is it the truth that conflicts with these feelings. One of the two.

And truthfully the fact is that all of this phenomena of which I write, the things we use to divide ourselves really only unite us as one. One life. I know a lot of times when someone tries to wax a little philosophical they seem insane. Maybe this is the case. But I do have this feeling? This belief? That all of life is one, that every living thing is connected.

I realize I am not doing a very good job at writing my thoughts out clearly on this. I don't know. A lot of time when I try putting my feelings or thoughts into words I lose myself in the process. I really do like to think about these kinds of things though. I love reading philosophy and really examining the ideas put forth. Feelings that arise from deep inside my being truly do intrigue me. I'm sure things from deep inside everyone's being intrigue them :). I am just I don't know, I guess I'm trying to express something in words that is more mystical.

Anyway - until next time

It is nothing strange getting lost in the process to explain the thoughts and feelings ... and usually I am also lost in the process, although it is good to try to put in words something, that doesn't even know what it is but, it is something borned in the deep of your soul, maybe so deep for explain easily.
As Lewis Carrol wrote in Alice's Adventures in Wonderland:
"-Could you tell me, please, which way should I take?
-That depends on where you want to go, replied Jack.
-What is certain is that it doesn't matter to me to where ... -Said Alicia."
Jesse, the trip is the destination. Now, only achievable reality and livable is preceeded by the intangible: the past is already history, and is followed by a string of probabilities: the future that is unpredictable.

I hope you keep trying to put in words all the thoughts and feelings that you have inside, because I am sure it is really profound and interesting.