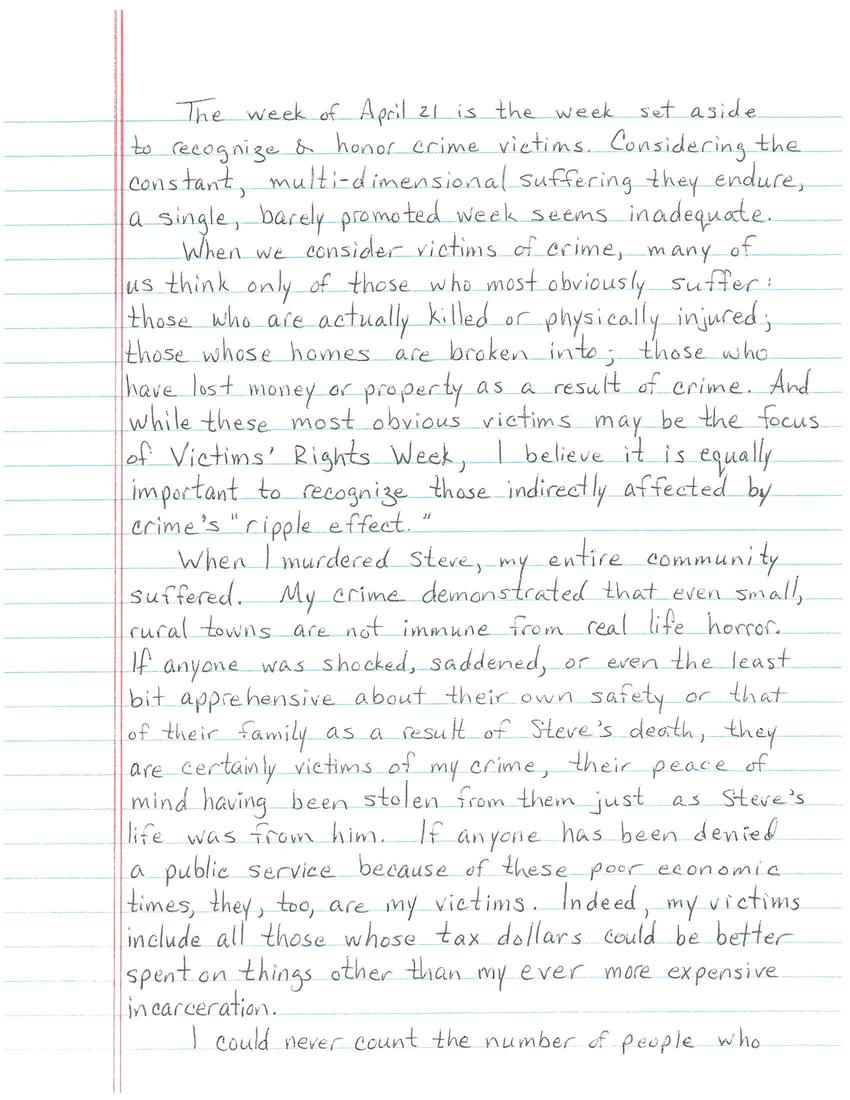 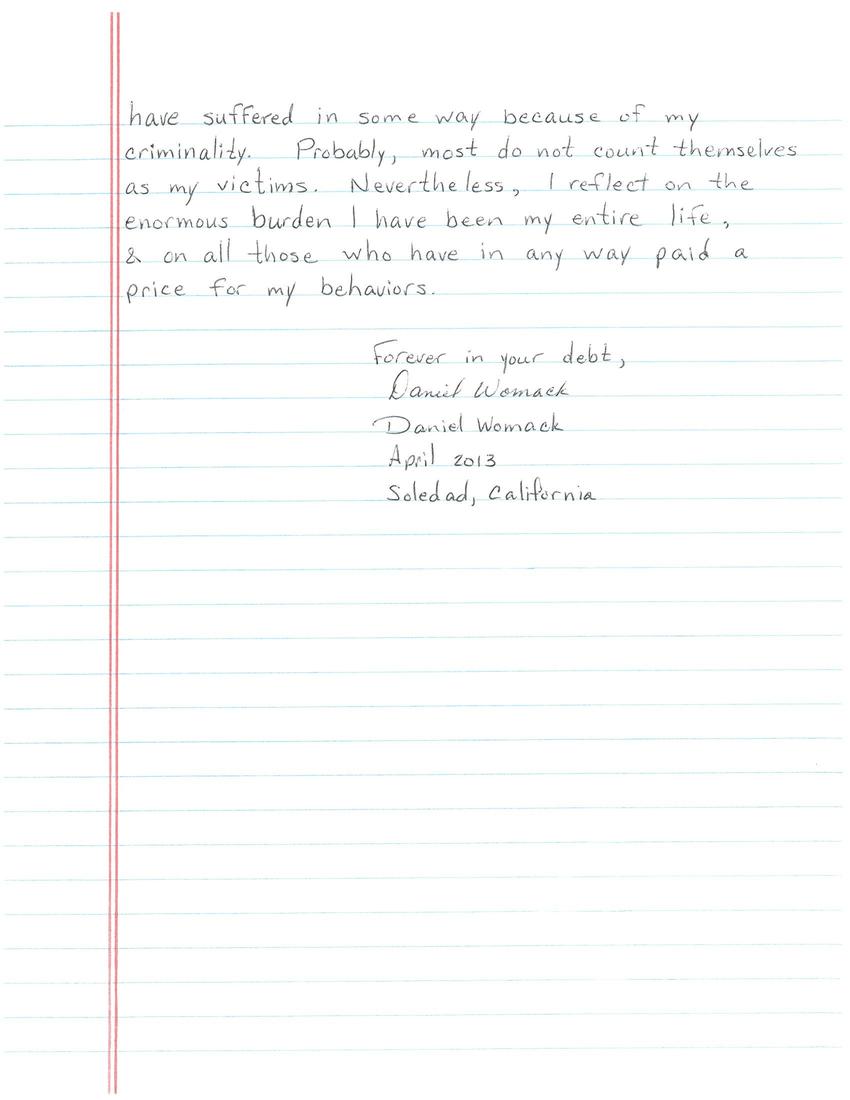 The week of April 21 is the week set aside to recognize & honor crime victims. Considering the constant, multi-dimensional suffering they endure, a single, barely promoted week seems inadequate.
When we consider victims of crime, many of us think only of those who most obviously suffer: those who are actually killed or physically injured; those whose homes are broken into; those who have lost money or property as a result of crime. And while these most obvious victims may be the focus of Victims' Rights Week, I believe it is equally important to recognize those indirectly affected by crime's "ripple effect."
When I murdered Steve, my entire community suffered. My crime demonstrated that even small, rural towns are not immune from real life horror. If anyone was shocked, saddened, or even the least bit apprehensive about their own safety or that of their family as a result of Steve's death, they are certainly victims of my crime, their peace of mind having been stolen from them just as Steve's life was from him. If anyone has been denied a public service because of these poor economic times, they, too, are my victims. Indeed, my victims include all those whose tax dollars could be better spent on things other than my ever more expensive incarceration.
I could never count the number of people who have suffered in some way because of my criminality. Probably, most do not count themselves as my victims. Nevertheless, I reflect on the enormous burden I have been my entire life, & on all those who have in any way paid a price for my behaviors.

-Rona
I am a veteran Colombian that for six years I was part efforts to undertake illegal armed Colombia known as the AUC. reintergre me leaving society and illegal weapons within a peace process with the Colombian state. I did my voluntary surrender to authorities, procuratorates and judges. took more than six years deprived of liberty where each answer for crimes committed during my membership in illegality. I wish to bring a message of peace to children and youth so that they never incorporated into these illegal armed. can learn more about me on the website and email www.pocurandounperdon.com jair@procurandounperdon.com.
Thankyou for sharing.
You are forgiven now forgive yourself
Very well said sir. I agree that although there is an obvious victim in every scenario, there are also people that are indirectly affected by other's actions. Your letter is very thought-provoking. Thank you.