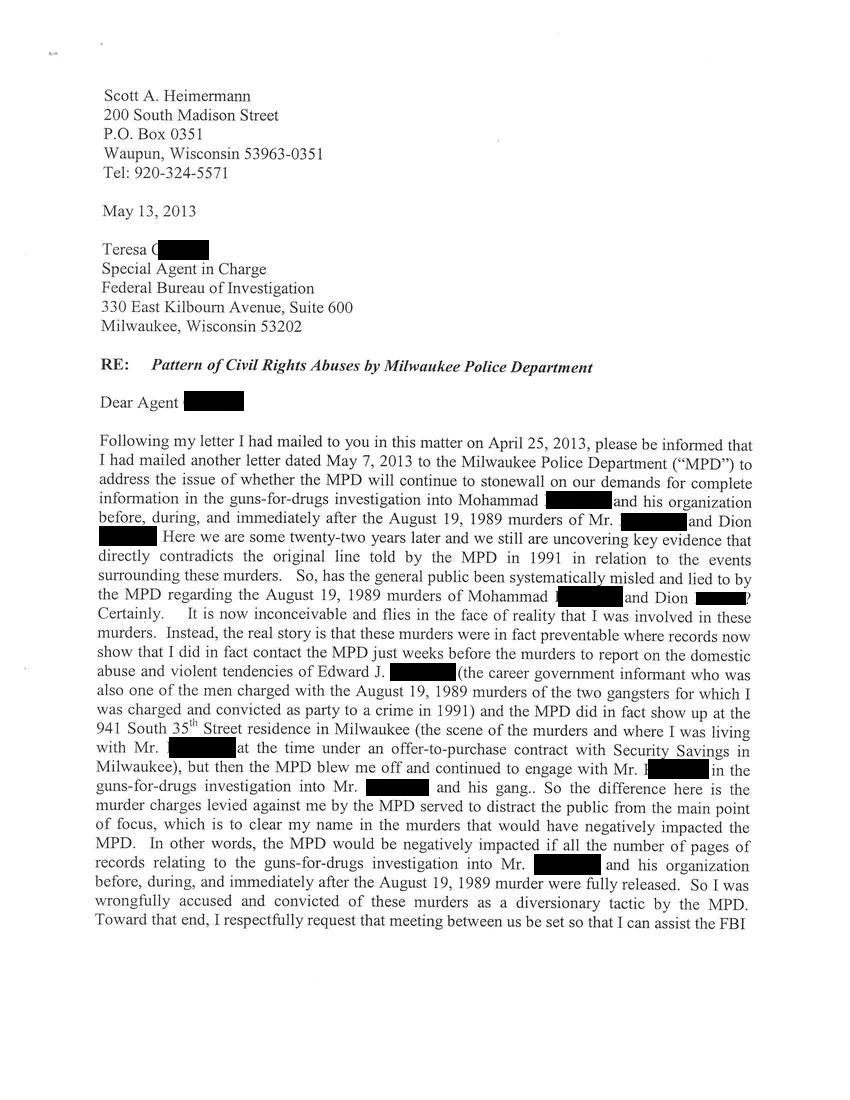 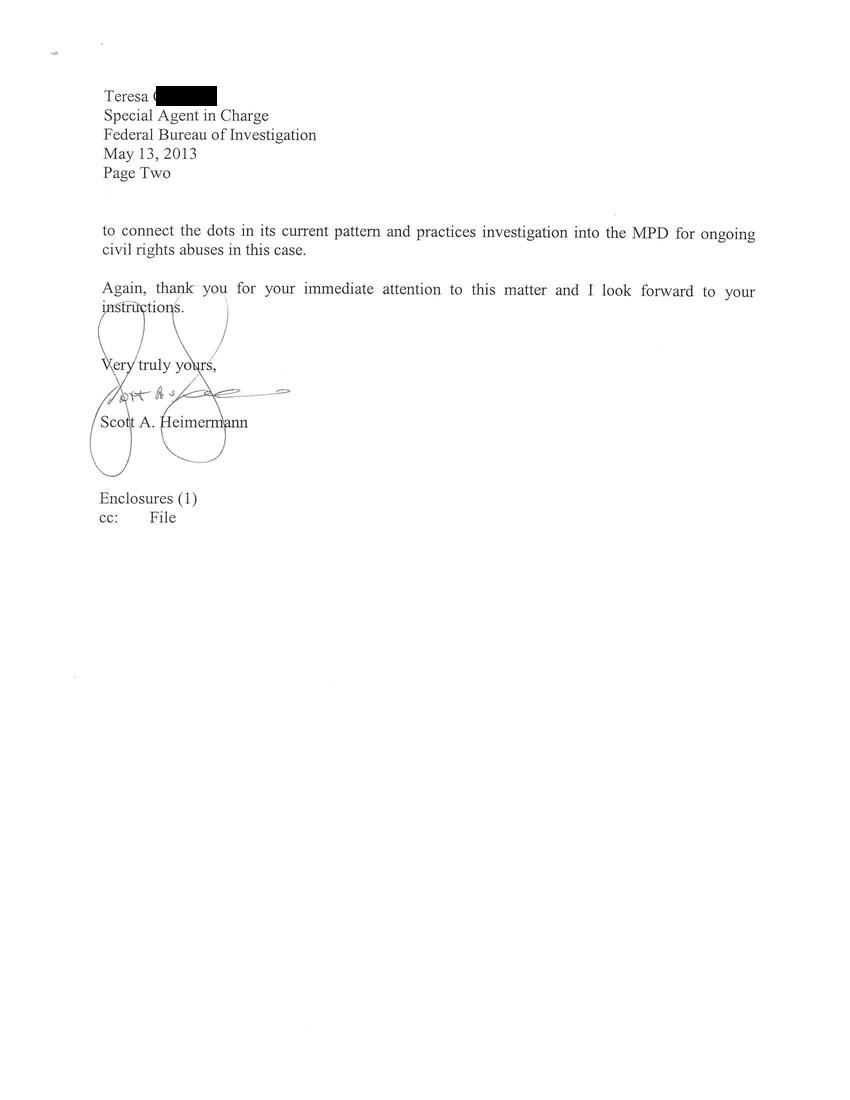 RE: Pattern of Civil Rights Abuses by Milwaukee Police Department

Following my letter I had mailed to you in this matter on April 25, 2013, please be informed that I had mailed another letter dated May 7, 2013 to the Milwaukee Police Department ("MPD") to address the issue of whether the MPD will continue to stonewall on our demands for complete information in the guns-for-drugs investigation into Mohammad [blacked out] and his organization before, during, and immediately after the August 19, 1989 murders of Mr. [blacked out] and Dion [blacked out]. Here we are some twenty-two years later and we still are uncovering key evidence that directly contradicts the original line told by the MPD in 1991 in relation to the events surrounding these murders. So, has the general public been systematically misled and lied to by the MPD regarding the August 19, 1989 murders of Mohammad [blacked out] and Dion [blacked out]? Certainly. It is now inconceivable and flies in the face of reality that I was involved in these murders. Instead, the real story is that these murders were in fact preventable where records now show that I did in fact contact the MPD just weeks before the murders to report on the domestic abuse and violent tendencies of Edward J. [blacked out] (the career government informant who was also one of the men charged with the August 19, 1989 murders of the two gangsters for which I was charged and convicted as party to a crime in 1991) and the MPD did in fact show up at the 941 South 35th Street residence in Milwaukee (the scene of the murders and where I was living with Mr. [blacked out] at the time under an offer-to-purchase contract with Security Savings in Milwaukee), but then the MPD blew me off and continued to engage with Mr. [blacked out] in the guns-for-drugs investigation into Mr. [blacked out] and his gang. So the difference here is the murder charges levied against me by the MPD served to distract the public from the main point of focus, which is to clear my name in the murders that would have negatively impacted the MPD. In other words, the MPD would be negatively impacted if all the number of pages of records relating to the guns-for-drugs investigation into Mr. [blacked out] and his organization before, during, and immediately after the August 19, 1989 murder were fully released. So I was wrongfully accused and convicted of these murders as a diversionary tactic by the MPD. Toward that end, I respectfully request that meeting between us be set so that I can assist the FBI to connect the dots in its current pattern and practices investigation into the MPD for ongoing civil rights abuses in this case.

AGain, thank you for your immediate attention to this matter and I look forward to your instructions.