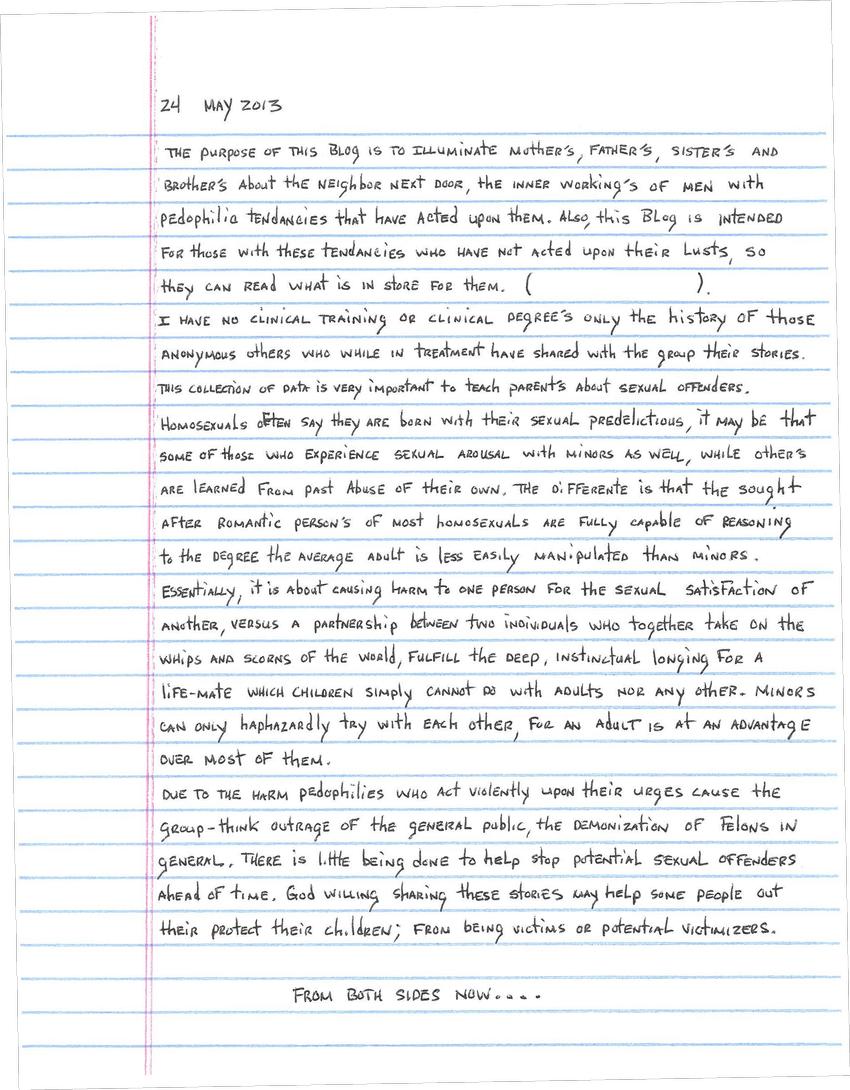 The purpose of this blog is to illuminate mother's, father's, sister's and brother's about the neighbour next door, the inner working's of men with pedophilia tendencies that have acted upon them. Also, this blog is intended for those with tendencies who have no acted upon their lusts so they can read what is in store for them.

I have no clinical training or clinical degree's only the history of those anonymous other who wile in treatment have shared with the group their stories. This collection of data is very important to teach parent's about sexual offenders.

Homosexuals often say they are born with their sexual predilections, it may be that some of those who experience sexual abuse with minors as well, while other's are learned from past abuse of their own. The difference is that the sought after romantic person's of most homosexuals are fully capable of reasoning to the degree the average adult is less easily manipulated that minors.

Essentially, it is about causing harm to one person for the sexual satisfaction of another, versus a partnership between two individuals who together take on the whips and scorns of the world, fulfill the deep, instinctual longing for a life-mate which children simply cannot do with adults nor any other. Minors can only haphazardly try with each other, for an adult is at an advantage over most of them.

Due to the harm pedophiles who act violently upon their urges cause the group - think outrage of the general public, the demonization of felons in general. There is little being done to help stop potential sexual offenders ahead of time. God willing sharing these stories may help some people out there protect their children; from being victims or potential victimizers.

From both sides now...