Re: A Message From a Slave 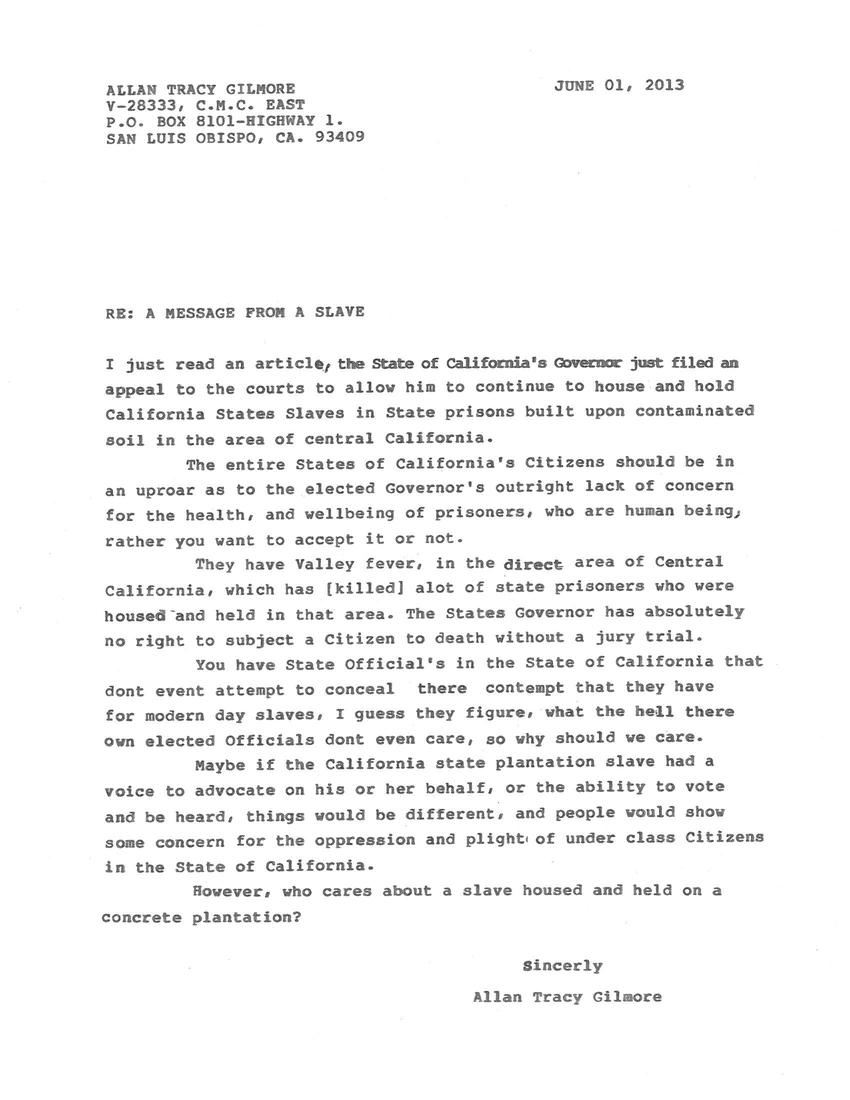 RE: A MESSAGE FROM A SLAVE

I just read an article, the State of California's Governor just filed an appeal to the courts to allow him to continue to house and hold California States Slaves in State prisons built upon contaminated soil in the area of central California.

The entire States of California's Citizens should be in an uproar as to the elected Governor's outright lack of concern for the health, and wellbeing of prisoners, who are human beings, whether you want to accept it or not.

They have Valley fever, in the direct area of Central California, which has [killed] a lot of state prisoners who were housed and held in that area. The State's Governor has absolutely no right to subject a Citizen to death without a jury trial.

You have State Officials in the State of California that don't even attempt to conceal the contempt that they have for modern day slaves, I guess they figure, what the hell their own elected officials don't even care, so why should we care.

Maybe if the California state plantation slave had a voice to advocate on his or her behalf, or the ability to vote and be heard, things would be different, and people would show some concern for the oppression and plight of under class Citizens in the state of California.

However, who cares about a slave housed and held on a concrete plantation?

Thanks for writing! I finished the transcription for your post. How awful it is to have to live in conditions where your health is at risk. I hope this text will serve to show how wrong this is.
(scanned reply – view as blog post)
uploaded Sept. 1, 2013.  Original (PDF) 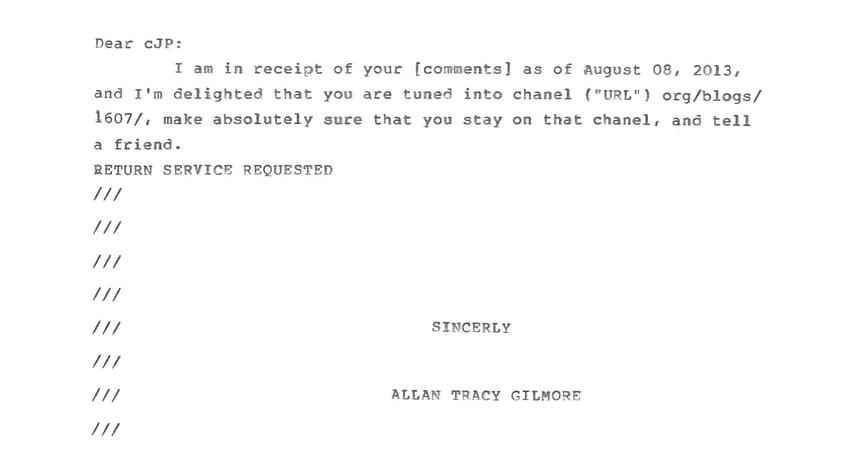