Father's Day had passed. Congratulations to all the fathers who seen to it that their children grow up properly. Kudos to those that stick through it, the good, bad and ugly.

As this day passed I couldn't help but think of my dad. Whose own existence made my existence. Whose genes were passed on to me. Blood-line who goes far back I don't know or where.

Our relationship wasn't the best, hell, there wasn't one to begin with. Most birthdays except one was he present. I didn't grow up watching him shave, trying to mimic his gestures. I didn't watch my father work on the car, besides him with my plastic tools, thinking being a grease monkey was the most manliest thing to do. I didn't watch my father kiss my mom, show her affection, love and devotion. And for that I didn't see how to treat a woman. I never seeing my father read the newspaper. We never threw a baseball, football or anything around.

Javier Maldonado Villado was my father's name. He was born in Chihuahua, Mexico in the year 1950. Javier Villado died in the year 1991. His fourth son, me, Bobby Edward Villado was born March 25, 1990. I was one years old when my father died. You see... I never did have my father. I have no way of knowing if I would've done any of the things mentioned above with my father. Father's Day isn't a sorrow day for me but a day where I can ponder the thought that without my father I wouldn't be here. HAPPY FATHER'S DAY, Dad.

Just wanted to let you know your posts have really touched me.

I'm sure your dad would be proud to know that you're a gifted writer who thinks critically and lucidly about societal issues, and that you are a kind soul with a desire to inspire justice. Despite not having him as a role model for how to "be a gentleman," you seem to be an excellent male ally to women and to the feminist movement - which to me says a lot about how you might treat a woman you loved (including your own daughter should you have one).

Who are some of your favorite authors? Seems like you've done some good reading. 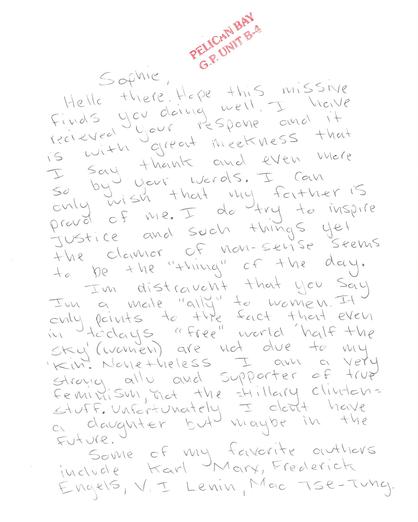 while some of you have no memory of your God, to this day, I, in My Faithfulness and in the greatness of My Love, come to you, to offer you My Heart, greater offer than this, one cannot give" TLIG.ORG.AU