How I Came to Be Interested in my Craft 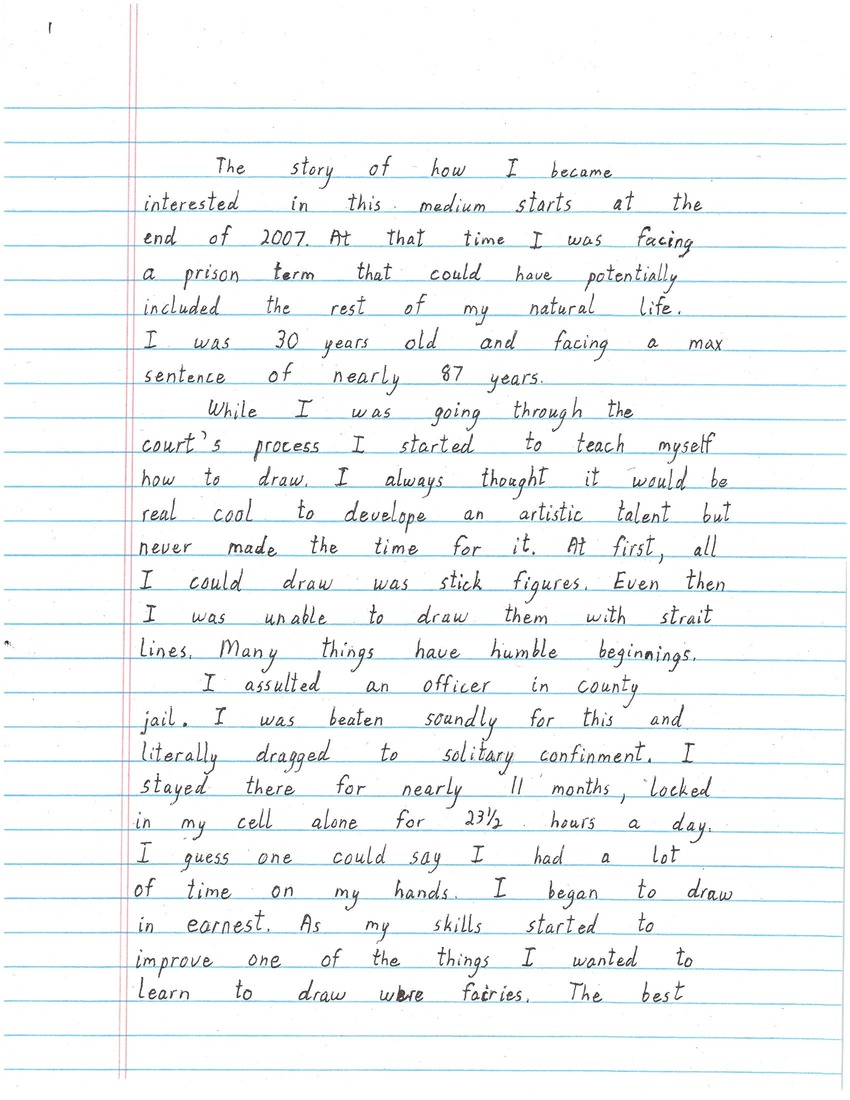 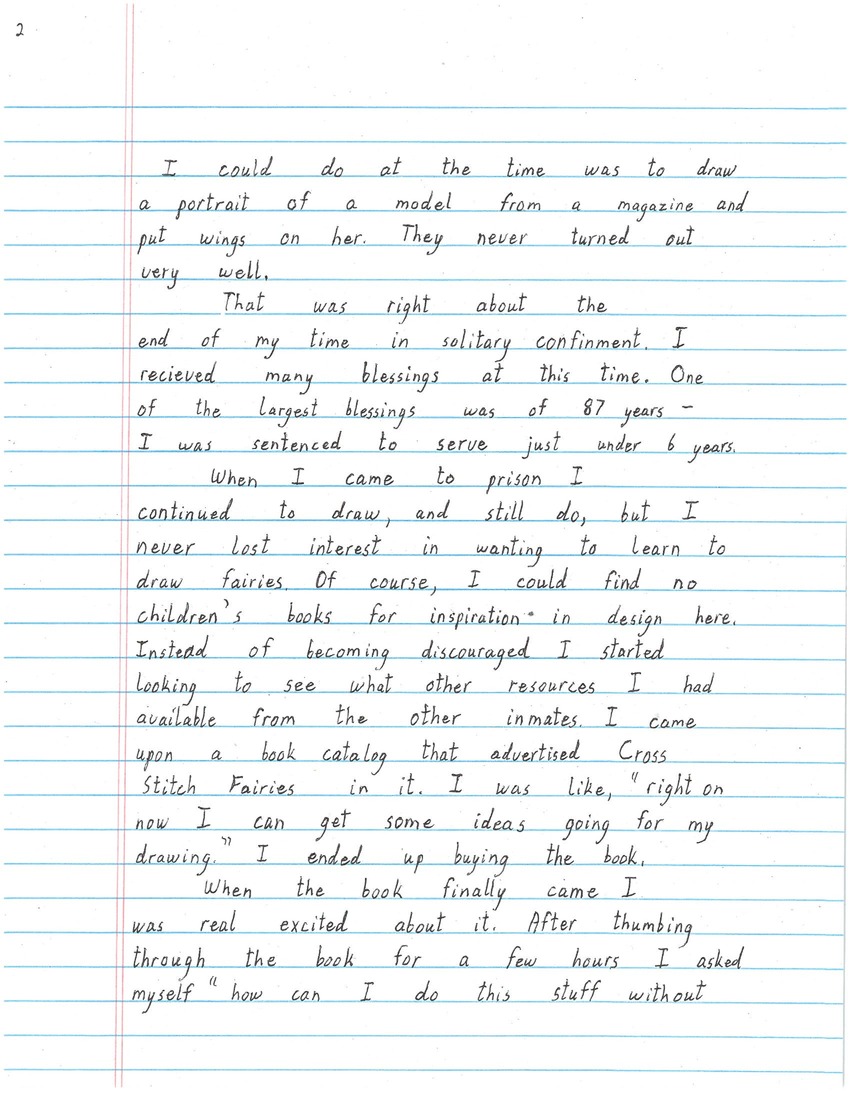 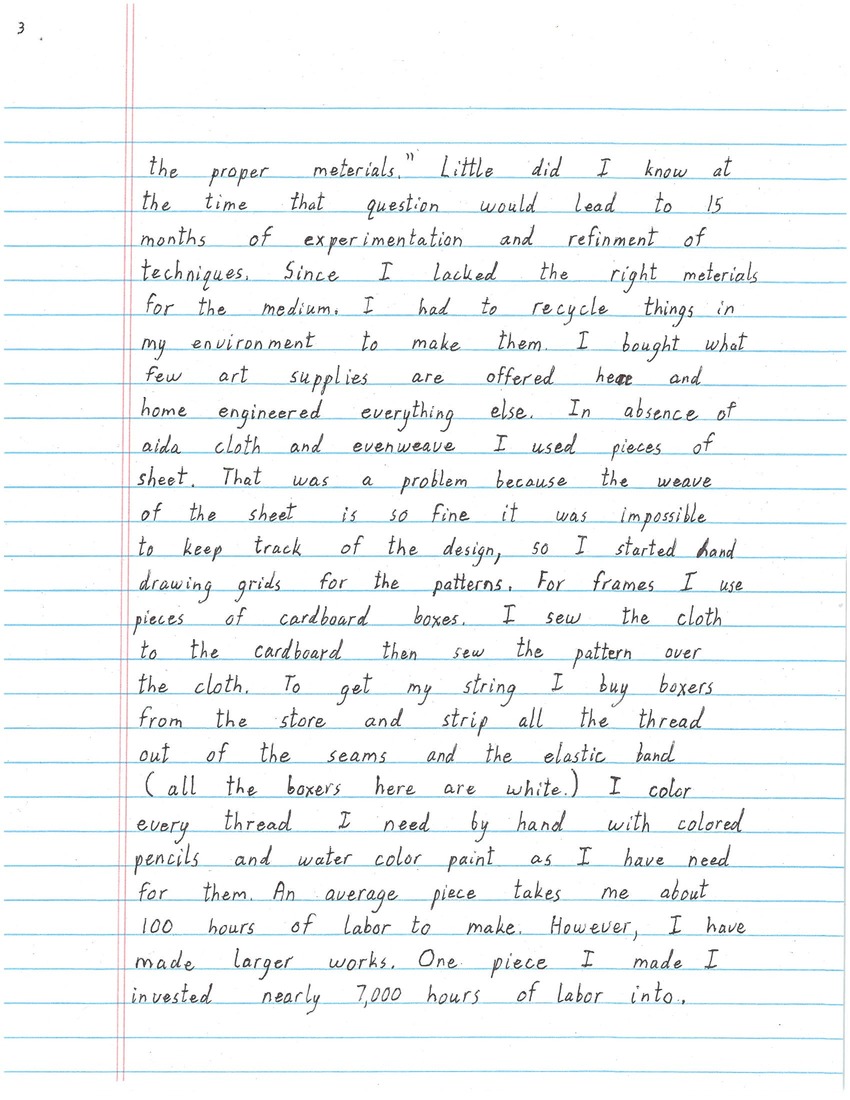 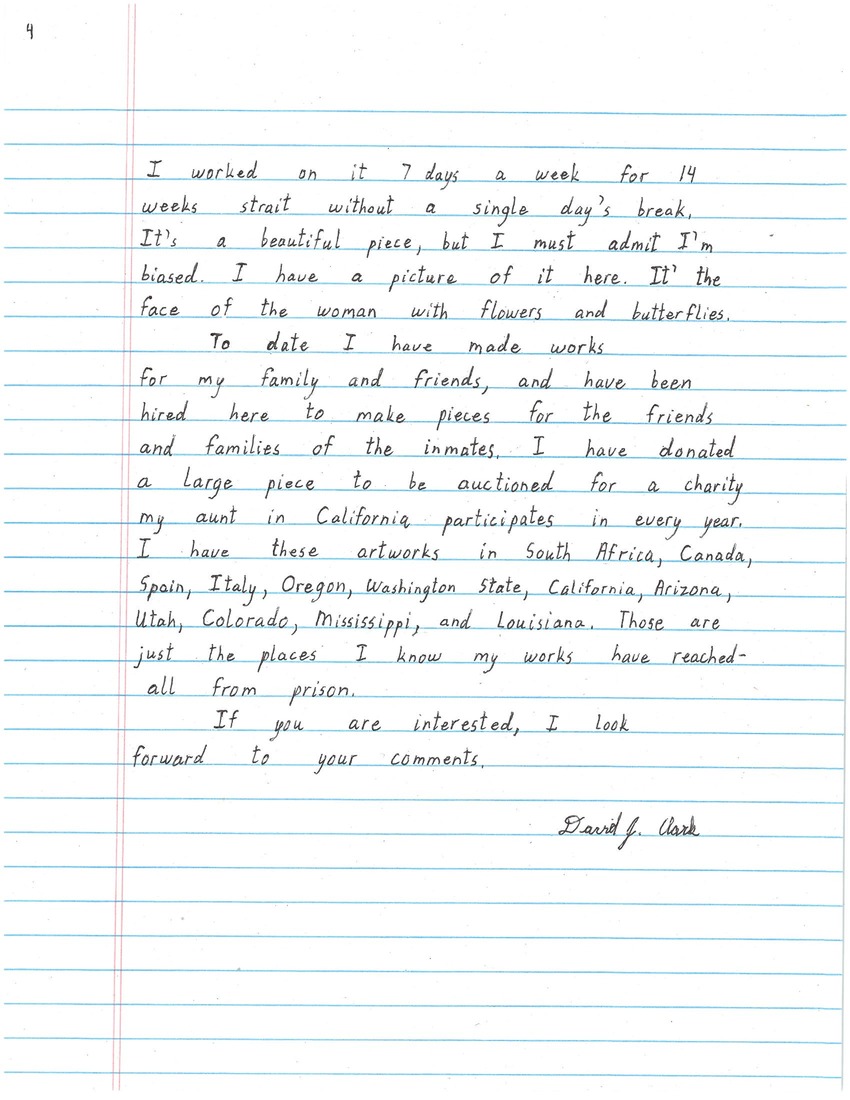 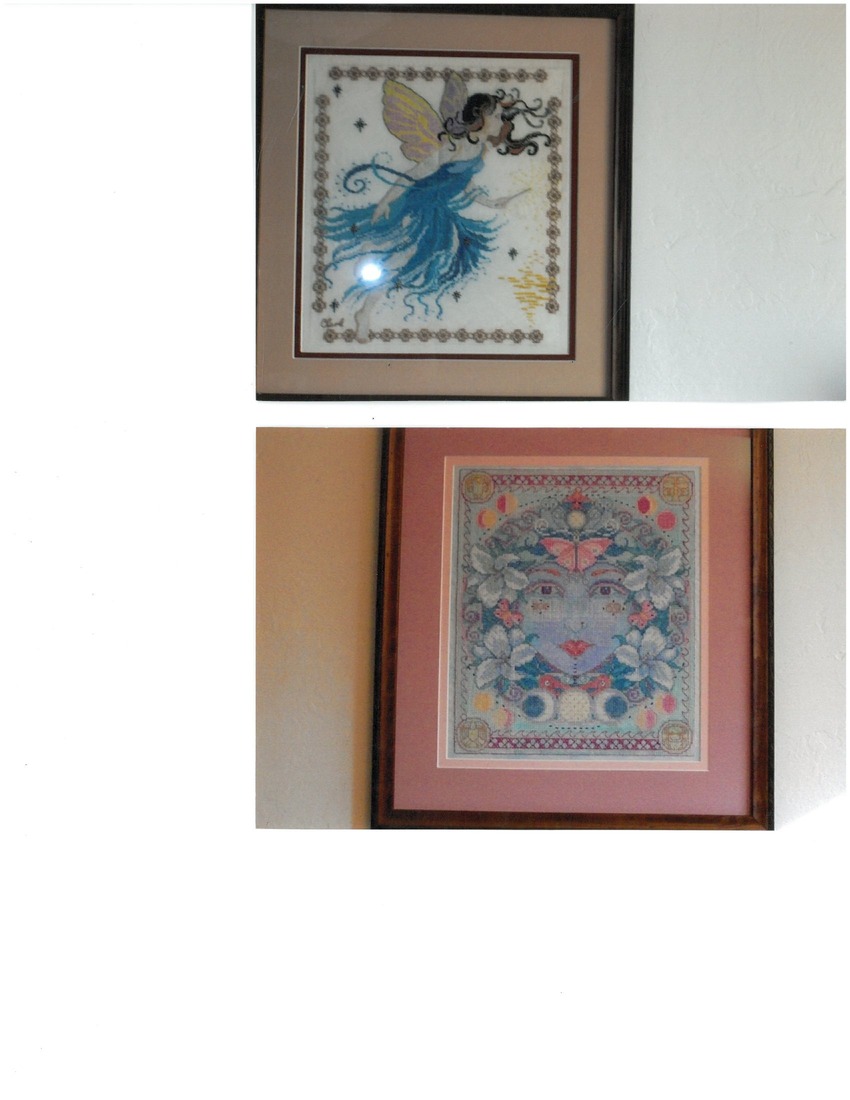 The story of how I became
interested in this medium starts at the
end of 2007. At that time I was facing
a prison term that could have potentially
included the rest of my natural life.
I was 30 years old and facing a max
sentence of nearly 87 years.

While I was going though the
court's process I started to teach myself
how to draw. I always thought it would be
real cool to develop an artistic talent but
never made the time for it. At first, all
I could draw was stick figures. Even then
I was unable to draw them with strait
lines. Many things have humble beginnings.

I assaulted an officer in county
jail. I was beaten soundly for this and
literally dragged to solitary confinement. I
stayed there for nearly 11 months, locked
in my cell alone for 23 1/2 hours a day.
I guess one could say I had a lot
of time on my hands. I began to draw
in earnest. As my skills started to
improve one of the things I wanted to
learn to draw were fairies. The best
I could do at the time was to draw
a portrait of a model from a magazine and
put wings on her. They never turned out
very well.

That was right about the
end of my time in solitary confinement. I
received many blessings at this time. One
of the largest blessings was of 87 years -
I was sentenced to serve just under 6 years.

When I came to prison I
continued to draw, and still do, but I
never lost interest in wanting to learn to
draw fairies. Of course, I could find no
children's book for inspiration in design here.
Instead of becoming discouraged I started
looking to see what other resources I had
available from the other inmates. I came
upon a book catalog that advertised Cross
Stitch Fairies in it. I was like, "Right on
now I can get some ideas going for my
drawing." I ended up buying the book.

When the book finally came I
was real excited about it. After thumbing
through the book for a few hours I asked
myself "How can I do this stuff without
the proper materials." Little did I know at
the time that question would lead to 15
months of experimentation and refinement of
techniques. Since I lacked the right materials
for the medium. I had to recycle things in
my environment to make them. I bought what
few art supplies are offered here and
home engineered everything else. In absence of
Aida cloth and even weave I used pieces of
sheet. That was the problem because the weave
of the sheet is so fine it was impossible
to keep track of the design, so I started hand
drawing grids for the patterns. For frames I use
pieces of cardboard then sew the pattern over
the cloth. To get my string I buy boxers
from the store and strip all the thread
out of the seams and the elastic band
(all the boxers here are white.) I color
every thread I need by hand with colored
pencils and water color paint as I have need
for them. An average piece takes me about
100 hours of labor to make. However, I have
made larger works. One piece I made I
invested nearly 7000 hours of labor into.
I worked on it 7 days a week for 14
weeks strait without a single day's break.
It's a beautiful piece, but I must admit I'm
biased.I have a picture of it here. It's the
face of the woman with flowers and butterflies.

To date I have made works
for my family and friends, and have been
hired here to make pieces for the friends
and families of the inmates. I have donated
a large piece to be auctioned for a charity
my aunt in California participates in every year.
I have these artworks in South Africa, Canada,
Spain, Italy, Oregon, Washington State, California, Arizona,
Utah, Colorado, Mississippi, and Louisiana. Those are
just the places I know my works have reached-
all from prison

If you are interested, I look forward to your comments.

-Picture of a fairy woman with curly brown and black hair,
a light blue dress, wings, and light skin in a brown frame
with a patterned boarder-

-Picture of a womans face with flowers all around, a butterfly
on her forehead, a light pink boarder with a patterned boarder.
The woman has a blue face with make up on-