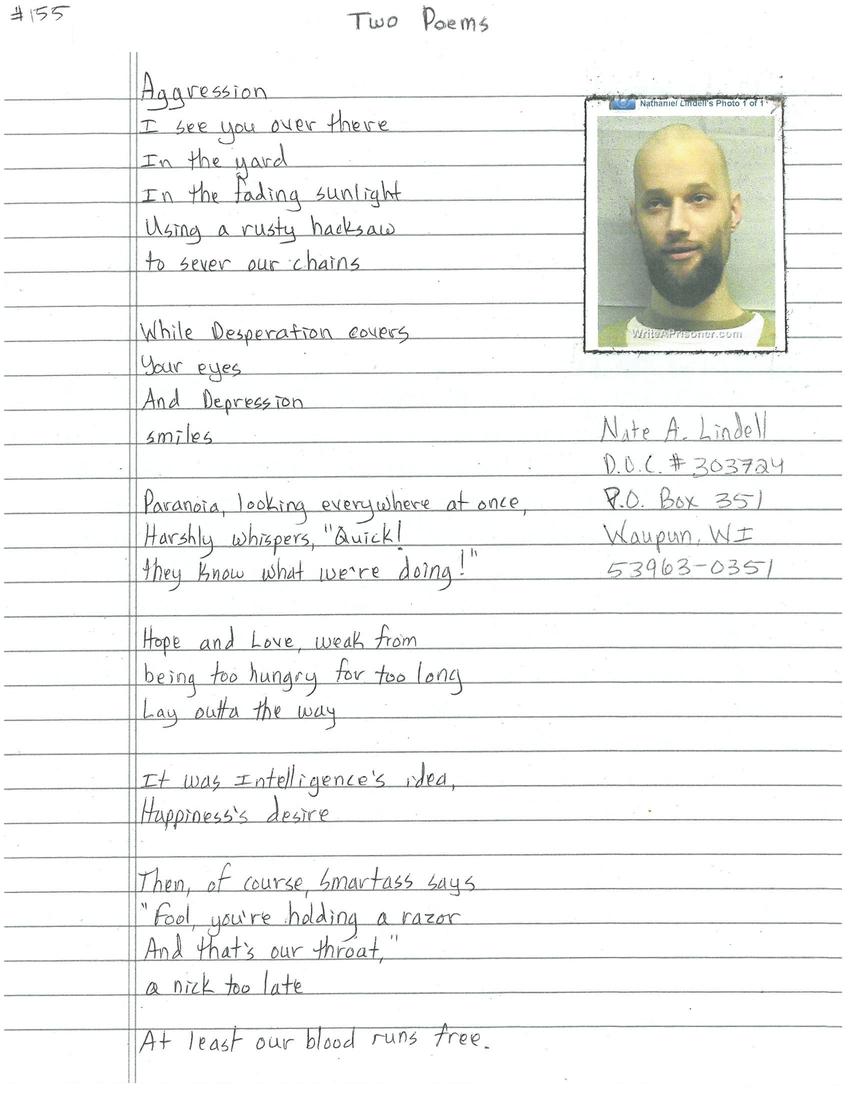 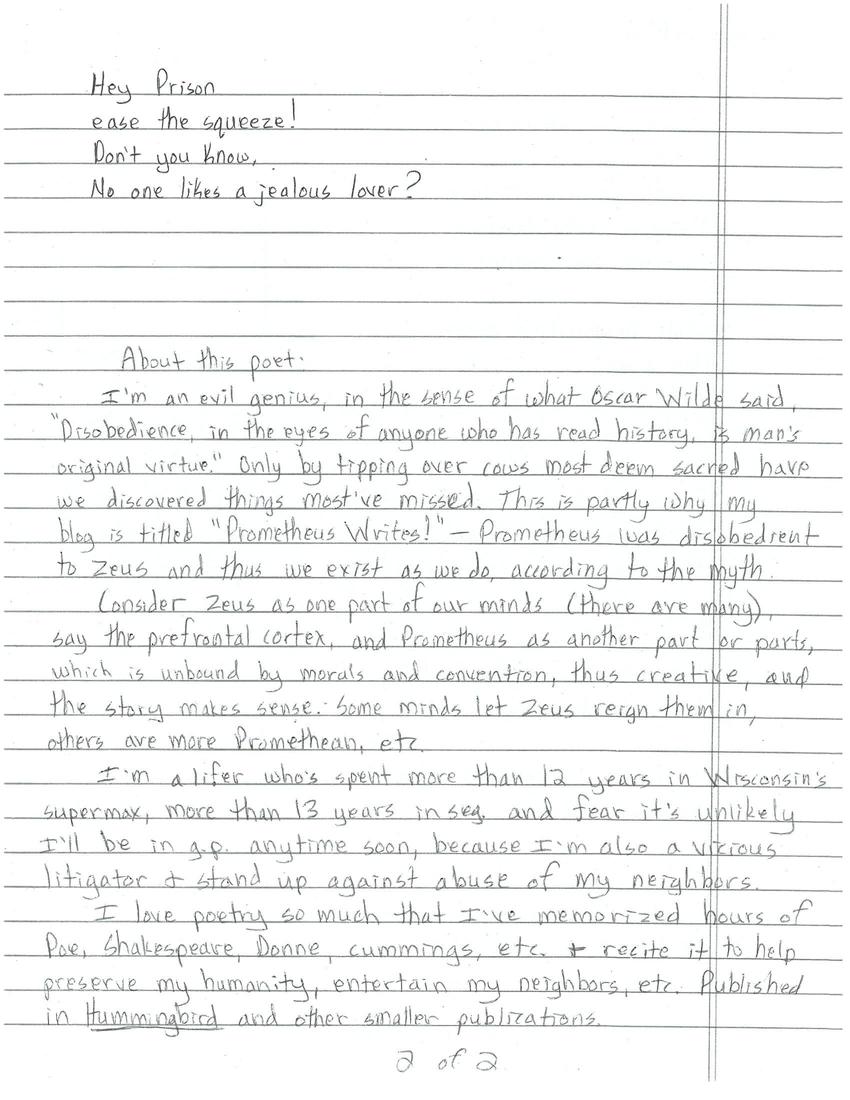 Paranoia, looking everywhere at once,
Harshly whispers, "Quick!
they know what we're doing!"

Hope and love, weak from
being too hungry for too long
Lay outta the way

It was intelligence's idea,
Happiness's desire

Then of course, smartass says
"fool, you're holding a razor
And that's our throat,"
a nick too late

At least our blood runs free.

Hey Prison
ease the squeeze!
Don't you know,
No one likes a jealous lover?

I'm an evil genius, in the sense of what Oscar Wilde said, "Disobedience, in the eyes of anyone who has read history, is man's original virtue." Only by tipping over cows most deem sacred have we discovered things most've missed. This is partly why my blog is titled "Prometheus Writes!" -- Prometheus was disobedient to Zeus and thus we exist as we do, according to the myth.
Consider Zeus as one part of our minds (there are many), say the prefrontal cortex, and Prometheus as another part or parts which is unbound by morals and convention, thus creative, and the story makes sense. Some minds let Zeus reign them in, others are more Promethean, etc.
I'm a lifer who's spent more than 12 years in Wisconsin's supermax, more than 13 years in seg. and fear it's unlikely I'll be in g.p. anytime son, because I'm also a vicious litigator and stand up against abuse of my neighbors.
I love poetry so much that I've memorized hours of Poe, Shakespeare, Donne, Cummings, etc. and recite it to help preserve my humanity, entertain my neighbors, etc. Published in Hummingbird and other smaller publications