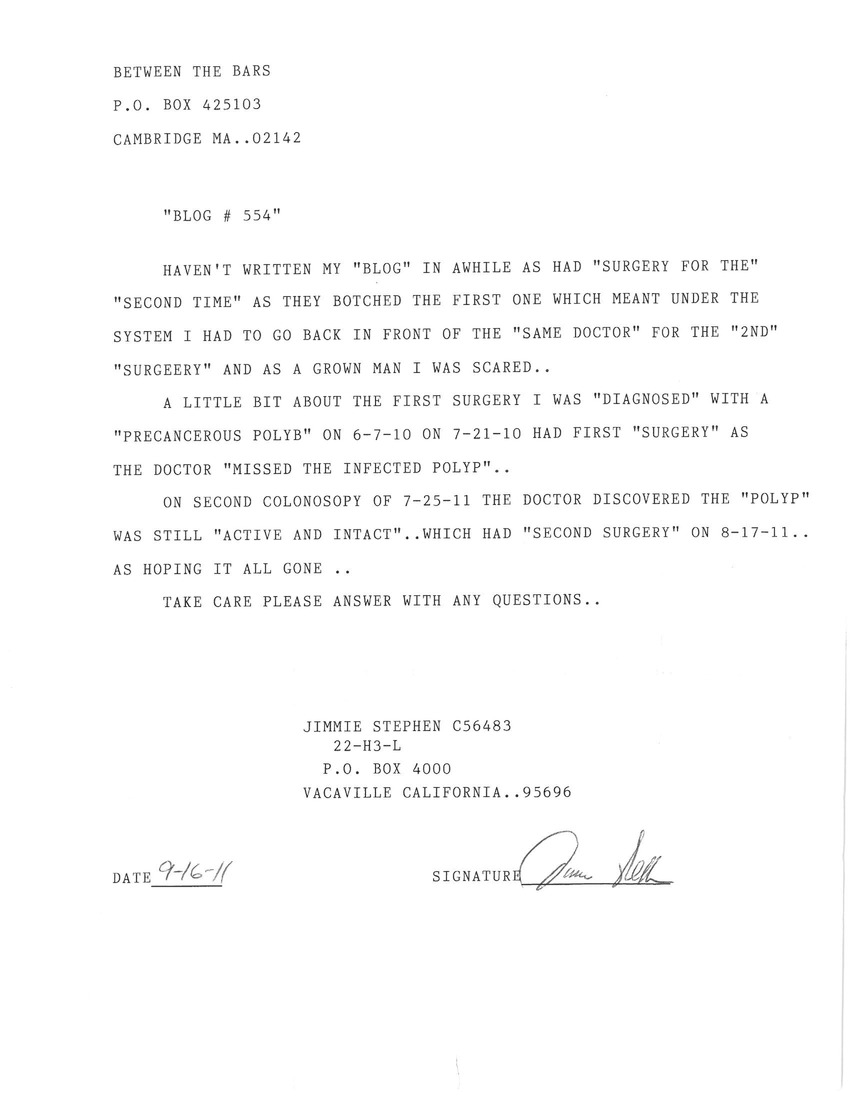 Haven't written my blog in a while as I had surgery for the second time, as they botched the first one which meant, under the system, I had to go back in front of the same doctor for the second surgery. And as a grown man, I was scared.

On the second colonoscopy of 7-25-11, the doctor discovered the Polyp was still active and intact. Which led to the second surgery on 8-17-11. Hope it's all gone...