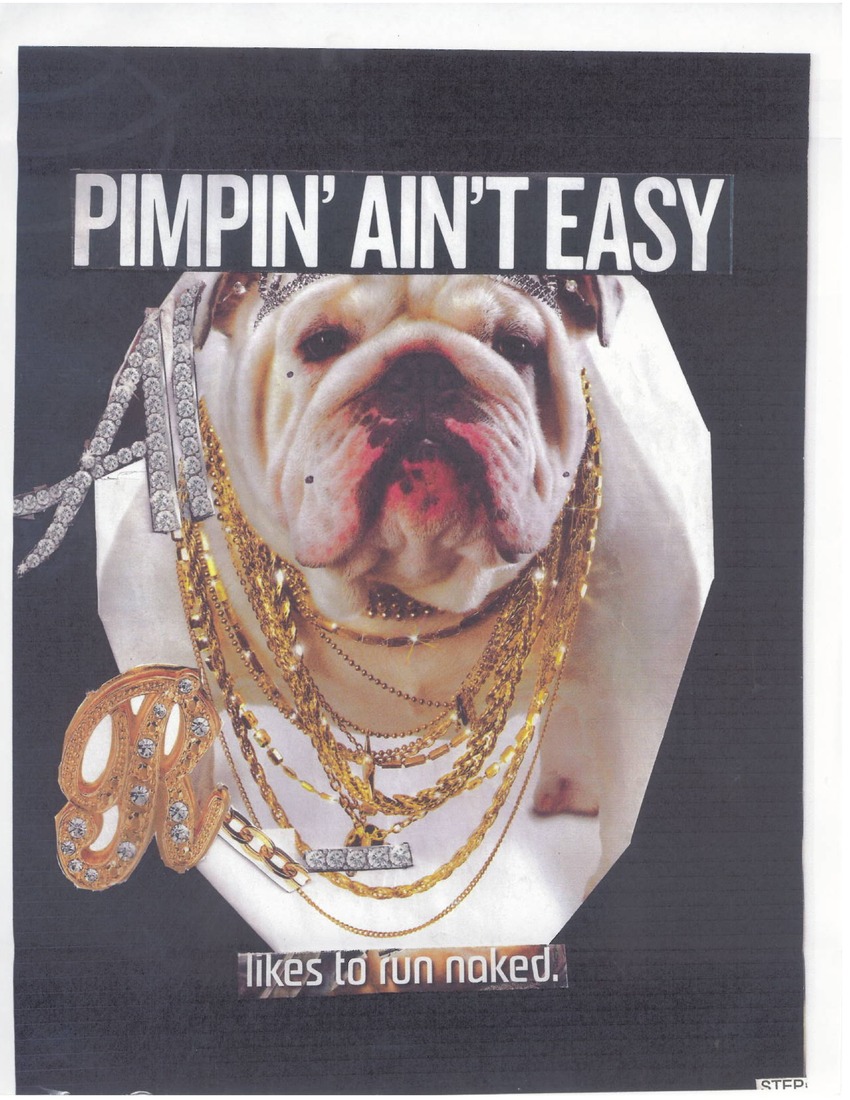 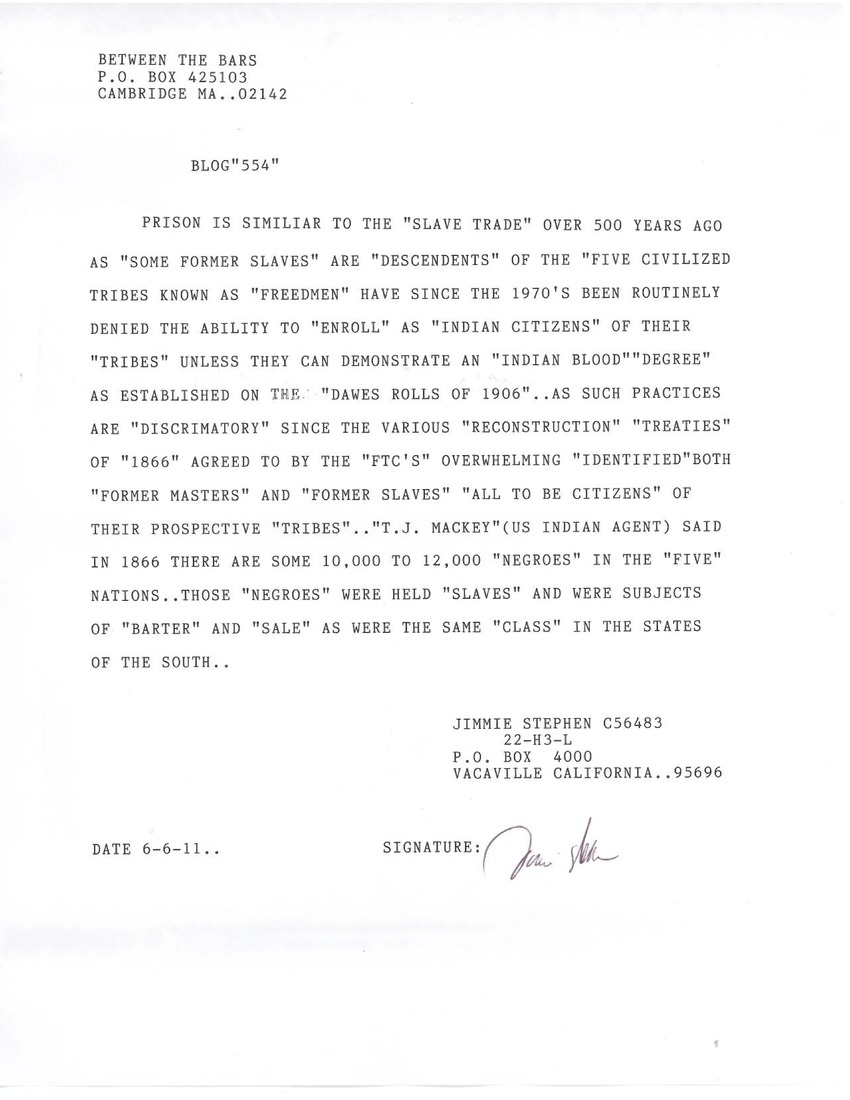 [Magazine clippings that that make a fancy image. A pug is wearing a white T-shirt and lots of jewelery. Caption: PIMPIN' AIN'T EASY. likes to run naked.]

Prison is similar to the "slave trader" over 500 years ago as some "former slaves" are descendants of the "Five Civilized Tribes", known as freedmen, have been routinely denied the ability to enroll as Indian citizens of their tribes since the 1970s. Unless they demonstrate an Indian blood degree, as established on the Dawes Rolls of 1906.

As such practices are discriminatory since the various reconstruction treaties of 1866 agreed to by the FTC's overwhelming identified both "former masters" and "former slaves". T.J. Mackey (US Indian agent) said in 1866 there are some 10,000 to 12,000 Negroes in the Five Nations. Those Negroes were held slaves and were subjects of barter and sale, as were the same class in the states of the south.