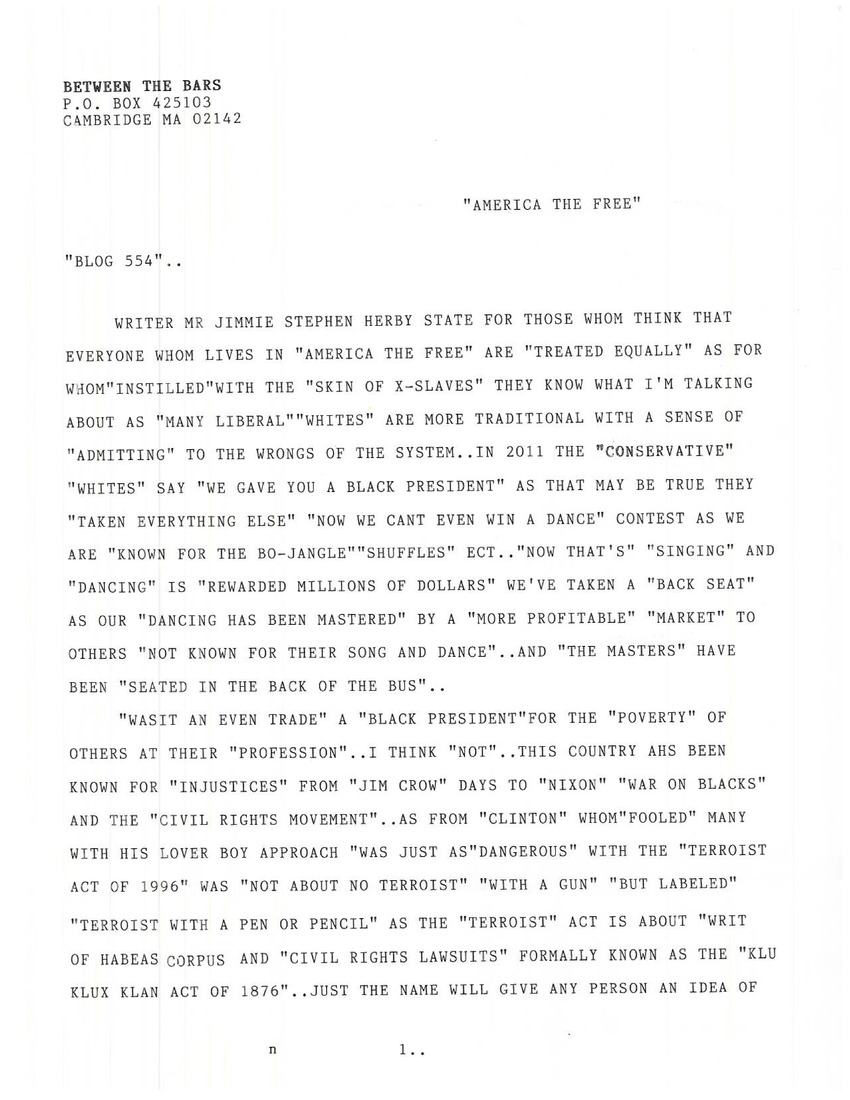 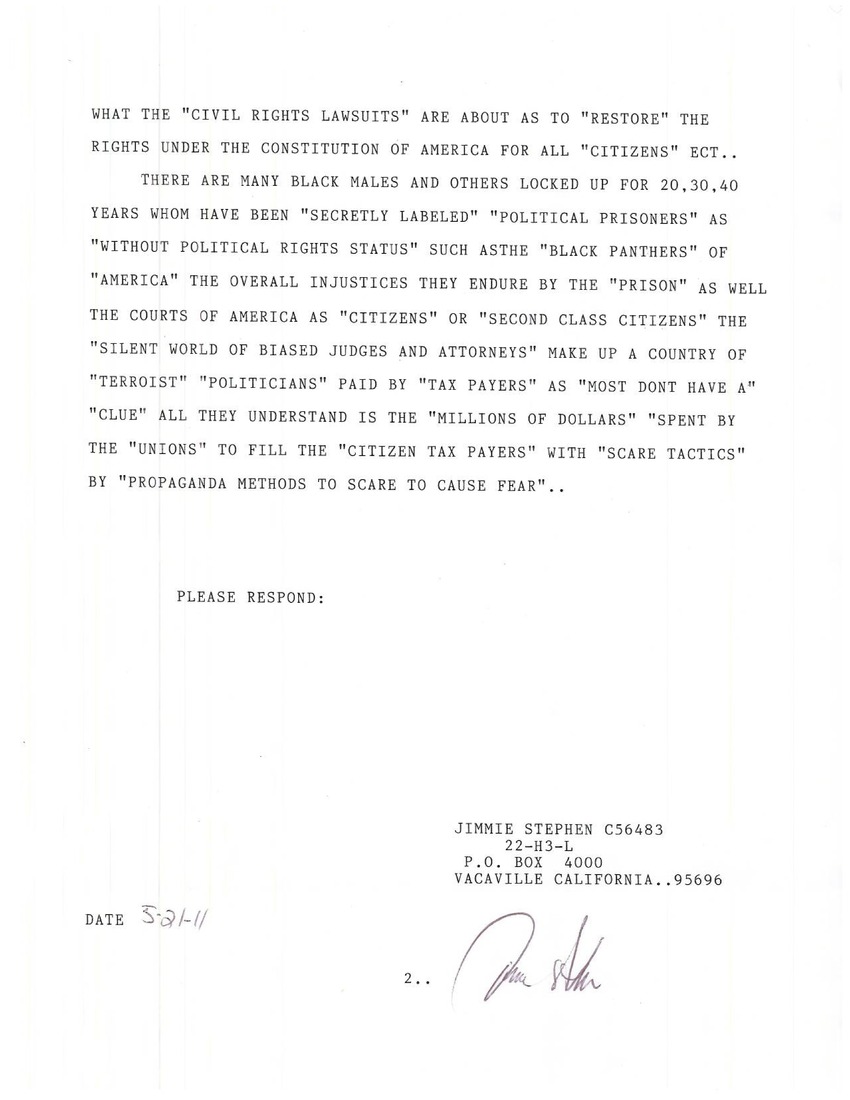 Writer Mr. Jimmie Stephen hereby states for those whom this that everyone whom lives in "America the free" and are treated "equally" as for whom instilled with the skin of ex slaves, they know what I'm talking about, as many liberal whites are more traditional with a sense of admitting to the wrongs of the system.

In 2011, the conservative whites say, "We gave you a black president." That may be true, but they've taken everything else.

Now we can't even win a dance contest, as we are known for the bojangle, shuffles, etc. Now that's singing and dancing. They're rewarded millions of dollars. We've taken a backseat as our dancing has been mastered by a "more profitable" market by others not known for their song and dance. And the "masters" have been seated in the back of the bus.

Was it even a trade? A black president for the poverty of others at their profession? I think not. This country has been known for injustices from the Jim Crow days to Nixon's War on Blacks, and the Civil Rights Movement. As from Clinton whom fooled many with his lover boy approach was just as dangerous with the Terrorist Act of 1996. It wasn't about any terrorists with a gun, but labeling terrorists with a pen or pencil, as the Terrorist Act is about writ of habeas corpus and civil rights lawsuits formally known as the Klu Klux Klan Act of 1876. Just the name will give any person an idea of what the civil rights lawsuits are about: to restore the rights of the Constitution of the United States for all citizens.

There are many black males and others locked up for 20, 30, 40 years whom have been secretly labeled political prisoners as without political rights status, such as the Black Panthers of America. The overall injustice they endure by the prison as well as the courts of America as citizens or second-class citizens—the silent world of biased judges and attorneys make up a country of terrorist politicians paid by taxpayers, as most don't have a clue. All they understand is the millions of dollars spent by the unions to fill citizen taxpayers with scare tactics and propaganda methods to scare and cause fear.