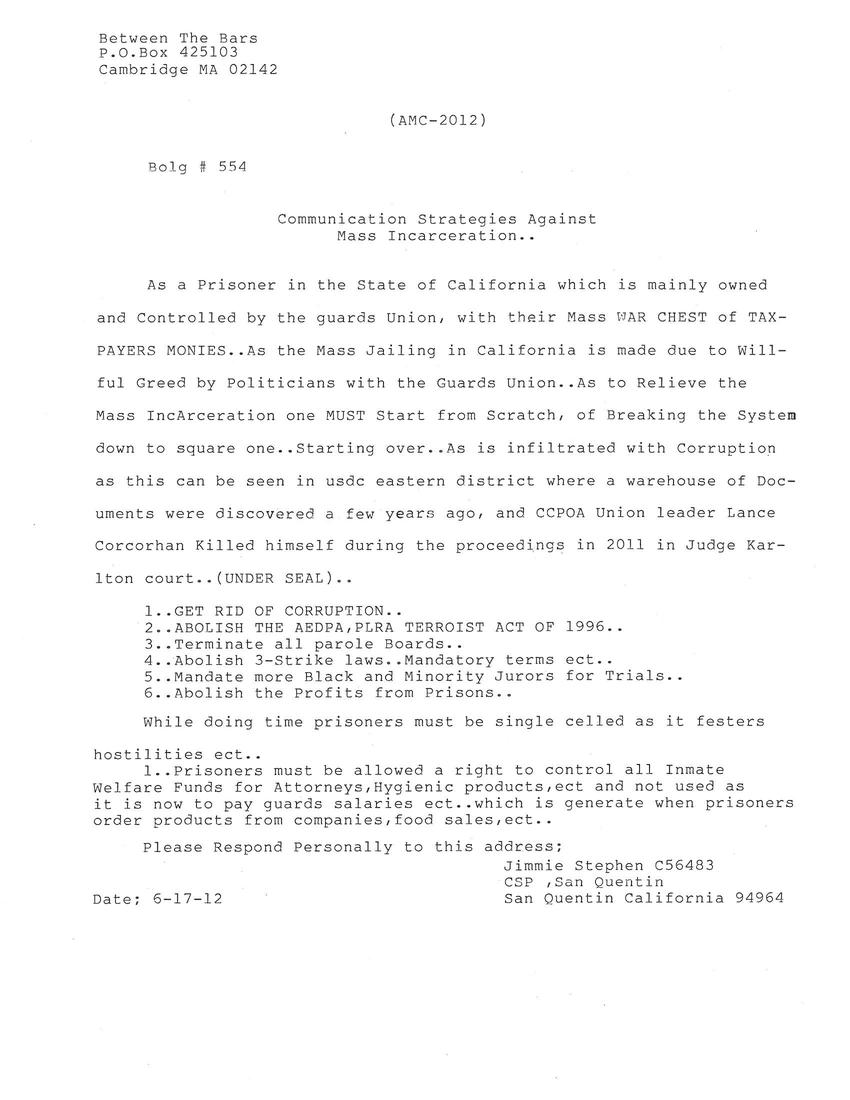 As a prisoner in the state of California, which is mainly owned and controlled by the guards' union, with their massive warchest of taxpayers' money; as the mass jailings in California is made due to willful greed by politicians with the guards' union; as to relieve the mass incarceration, one MUST start from scratch. Break the system down to square one. Start over.

It is corrupted, as this can be seen in USCD Eastern District where a warehouse of documents were discovered a few years ago. CCPOA union leader Lance Corcorhan killed himself during the proceedings in 2011 in Judge Karlton's court (under seal).

While doing time, prisoners must be single-celled as it fosters hostilities, etc.

1. Prisoners must be allowed the right to control all inmate welfare funds for attorneys, hygienic products, etc. and not used as it is now: to pay guards salaries, etc. Which is generated when prisoners order products from companies, food sales, etc.

Please respond personally to this address: