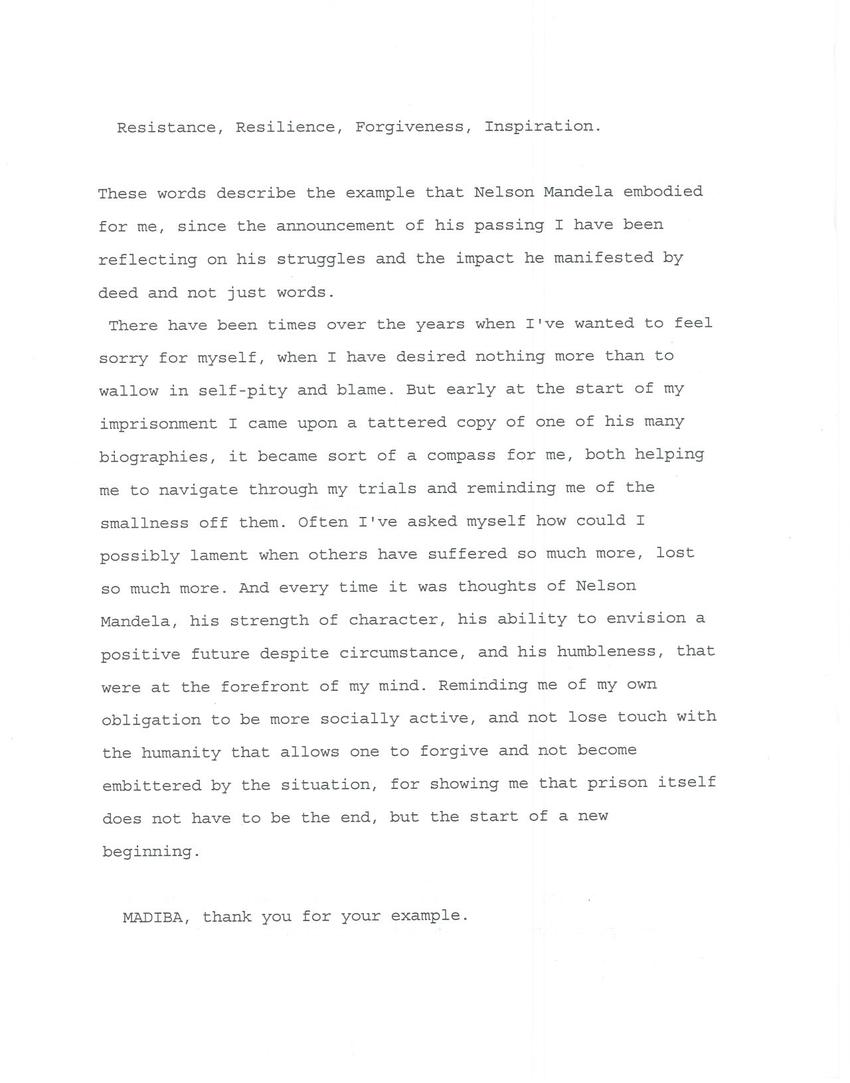 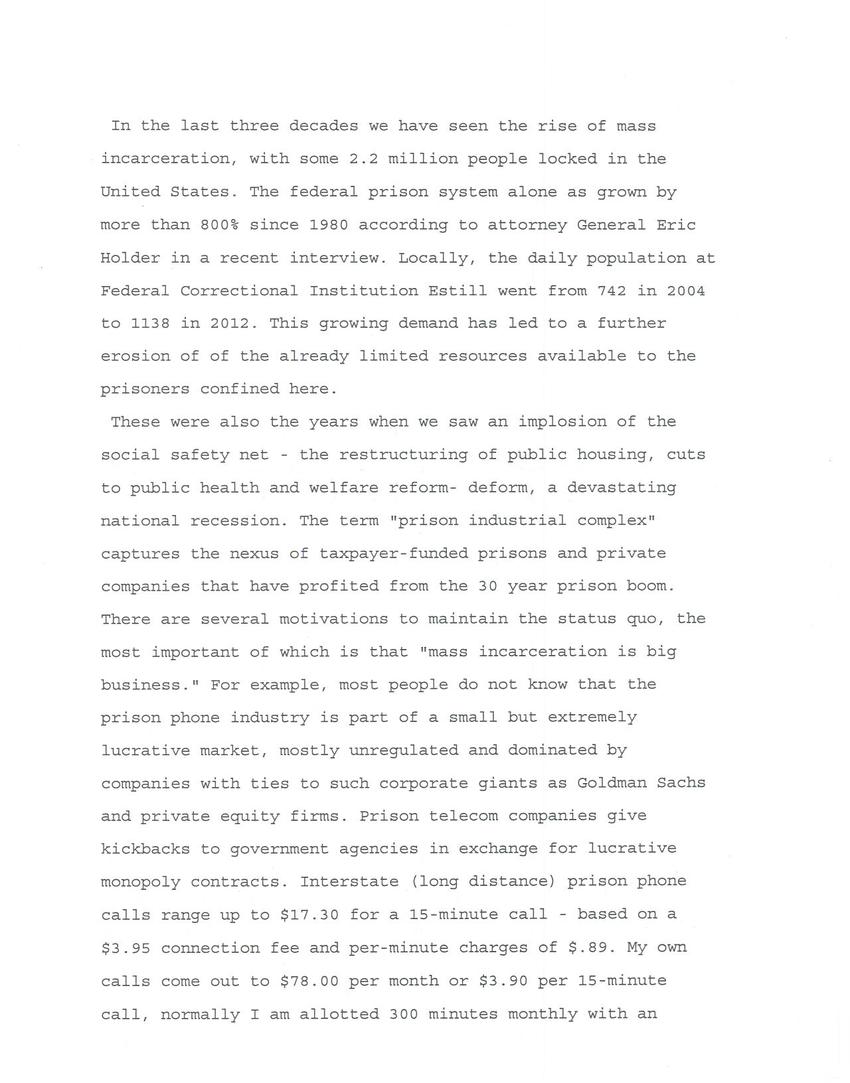 These words describe the example that Nelson Mandela embodied for me. Since the announcement of his passing, I have been reflecting on his struggles and the impact he manifested by deed and not just words.

There have been times over the years when I've wanted to feel sorry for myself, when I have desired nothing more than to wallow in self-piety and blame. But early at the start of my imprisonment, I came upon a tattered copy of one of his many biographies. It became a sort of compass for me, both helping me to navigate through my trials and reminding me of the smallness of them. Often, I've asked myself how could I possibly lament when others have suffered so much more, lost so much more? And every time it was thoughts of Nelson Mandela, his strength of character, his ability to envision a positive future despite circumstance, and his humbleness, were at the forefront of my mind, reminding me of my own obligation to be more socially active and not lose touch with the humanity that allows one to forgive and not become embittered by the situation; for showing me that prison itself does not have to be the end, but the start of a new beginning.

Madiba, thank you for your example.

In the last three decades we have seen the rise of mass incarceration, with some 2.2 million people locked in the United States. The federal prison system alone has grown by more than 800% since 1980, according to Attorney General Eric Holder in a recent interview. Locally, the daily population at Federal Correctional Institution Estill went from 742 in 3005 to 1,138 in 2012. This growing demand has led to a further erosion of the already limited resources available to the prisoners confined here.

These were also the years when we saw an implosion of the social security net—the restructuring of public housing, cuts to public health and welfare reform—deform a devastating national recession. The term "prison industrial complex" captures the nexus of taxpayer-funded prisons and private companies that have profited from the 30 year prison boom. There are several motivations to maintain the status quo, the most important of which is that mass incarceration is a big business.

For example, most people do not know that the prison phone industry is part of a small but extremely lucrative market, mostly unregulated and dominated by companies with ties to such corporate giants as Goldman Sachs and private equity firms. Prison telecom companies give kickbacks to government agencies in exchange for lucrative monopoly contracts. Interstate (long-distance) prison phone calls range up to $17.30 for a 15 minute call of $0.89. My own calls come out to $78.00 per month or $3.90 per 15 minute call. Normally, I am allotted 300 minutes monthly with an additional 100 for November and December.